How to Have Sex in a Car 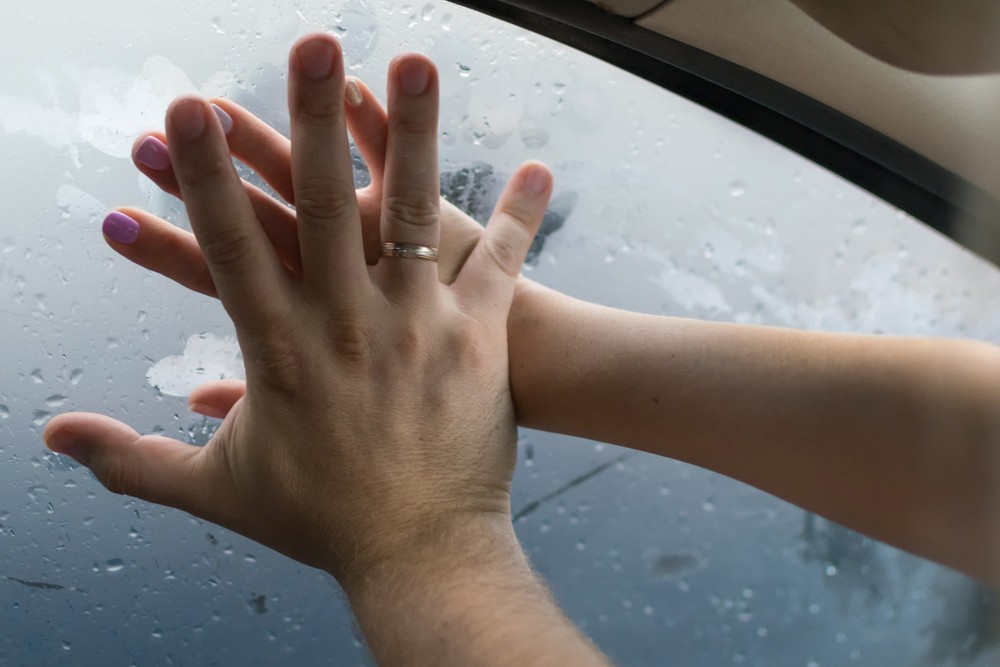 Let me paint a picture for you:

You have kids. You pay for a sitter and go on a date. You like the dude. So you go on a couple more dates. You make it to date three, the “sex date,” but . . . you have kids at home! And so does he. (Or, fresh from a divorce, he has a roommate named Justin who sells cell phones at the local mall.)

But you want to have sex, dammit. It’s been a long time—too long. Yet neither you nor your object of affection has the money to drop on a good hotel for an hour or five. (After all, you’re paying for babysitters.) And you definitely don’t want to hit the local pump and dump motel, as bedbugs are all the rage these days.

This leaves you with one and only one option: your car.

Moms having sex in cars is far more common than one might think (or admit). Eyeball a single mom from your kid’s class, and trust me, she’s fucking dudes in cars.

So if you’re returning to the dating scene (or just a happily married mom who wants to throw a little adventure into her sex life) give it a try. But do as I say, not as I did. Learn from my mistakes, and save yourself the injury and frustration. After all, we aren’t teenagers anymore, and our precious bodies aren’t as lithe as they used to be.

1. Always be prepared. The Girl Scouts got it right with this one. If you think there is any chance you will be having sex in a car, do not wear skinny jeans. You will not be able to get them off, and if you manage to pull them down, you will not be able to get them over your boots. This can be very embarrassing. It can also be frustrating if your dude is over 50—especially if condoms are involved. Remember, you can’t put a sock on a 50-year-old cock, so chances are, by the time you remove your denim armor, his willy will have wilted. You’ll then have the added embarrassment of trying to pull those tight jeans back on, and because you’ve worked so hard to get them off, you will be covered in a light sheen of sweat. As you know, pulling on tight jeans when you are wet is, well, impossible.

2. Make sure your car is clean. Get rid of any car seats, garbage, dry cleaning, and cookie crumbs.

3. Find a dark and inconspicuous place to park. During my first experience with car sex (unexpected, might I add), my date and I got a bit carried away with the making out part in my car on a busy public street. It was nighttime, and we were inconveniently parked under a street lamp. As the windows began to fog, a crowd started to form. (I was good to go anyhow. After all, it had been five years. I was not of sound mind.) Thankfully, my date had the foresight to move us to a dark parking lot.

4. Get in the backseat. On this same venture, once we found our spot, and both of us being first-timers, we went hot and heavy in the front seat of my Subaru family vehicle with the booster club sticker on the bumper—me in the driver’s seat, tangled in a steering wheel, with an emergency brake and a center console proving to be major impediments to getting what I was after. I pulled some old, prebaby yoga moves and managed to make it over the console to his side, but not without some major bruising.

Then came the Survivor-like challenge of taking off the skinny jeans and boots, while he frantically attempted to unbuckle his padlocked belt buckle. I gave up on the boots, but still managed to get my jeans all the way down . . . to my thighs. It was impossible to straddle him. It wasn’t pretty: my head pushed into the roof of the car, my baby fat rolled over those fucking jeans. Making out became impossible; I pinched a nerve in my neck; our moans shifted from ecstasy to pain. My stubborn jeans cut ribbons of red into my thighs as he continued struggling with the combination on his deadbolt buckle. And just as I was starting to make progress, he sighed, “Forget it. It’s gone dobber on me.”

Scottish slang for a flaccid penis

(He was Scottish which, of course, made me want him even more.)

We parted ways. I drove home in painful sexual frustration, with black heel marks on my dashboard, still there to this day. (When my son asked what they were from, I burst into tears.)

My next object de amour (another Scotsman!), explained on date three that car sex is done in the backseat. Duh. And if you have an SUV, you can fold down that second row and enjoy the Ritz-Carlton of auto fucks.

6. He goes on top. Let’s face it, ladies, us on top is not the most flattering angle—especially in a car. More importantly, we’re moms. We are exhausted. Let him do the work. Also, might I suggest putting your feet on the window frame for better traction, plus it’s easier on the hips.

8. Get the hell out of there. I haven’t been caught yet, but there have been some close calls. So I’ve given up my car-sex days. I gave it a try. It got me through the postdivorce hornies, but I’m a mom, and a single one at that. I’m not up for getting tossed into jail for indecent exposure. Who would watch the kids? What would they say at the next PTA meeting?

Netflix has become my lover, and that’s just fine.