I Refuse to Have an Elf on My Shelf 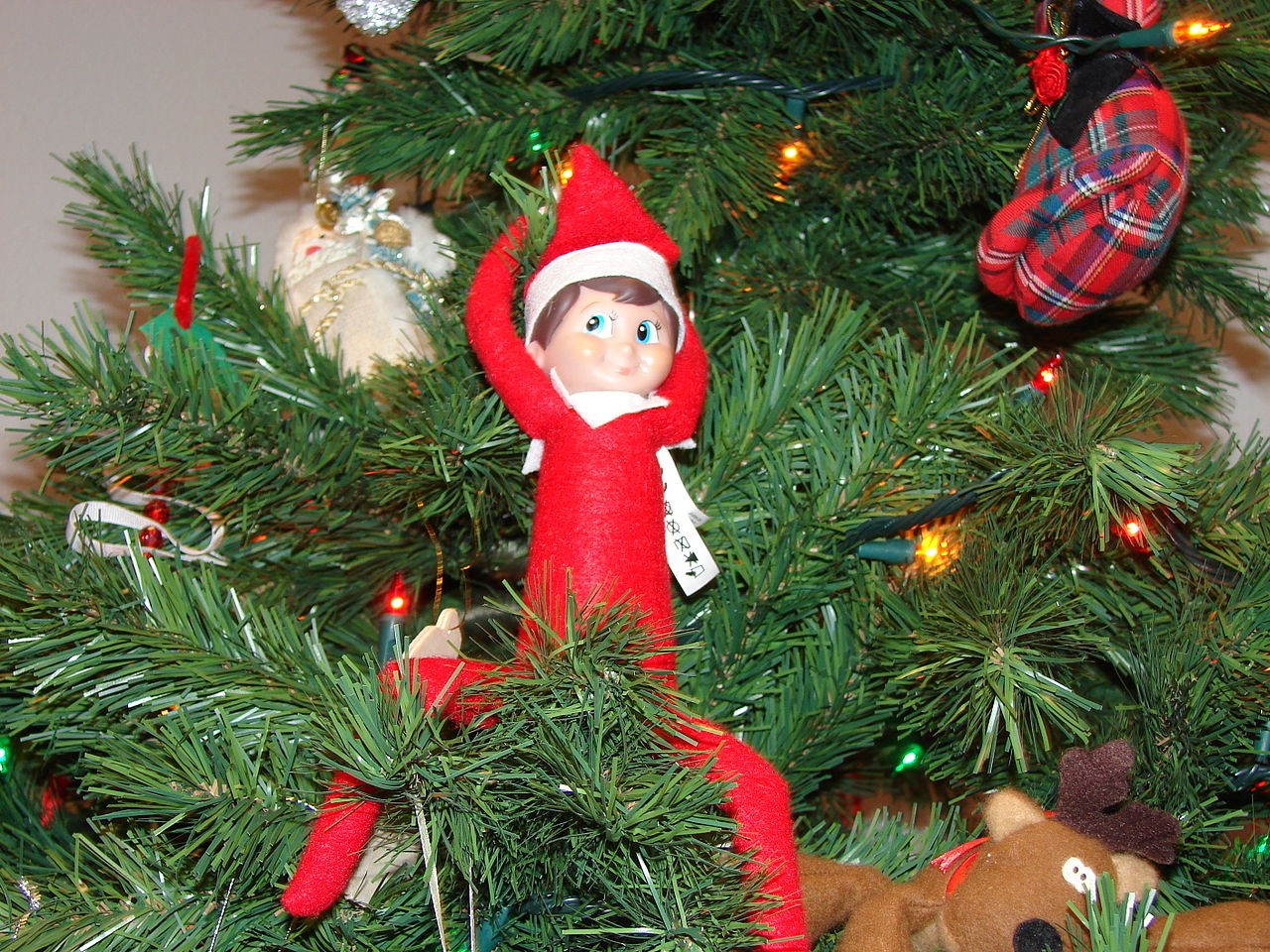 This single mom says “Hells no” to Elf on the Shelf

Hiding in the refrigerator, posing with toothpaste smeared all over the bathroom mirror, hanging from the ceiling fan—pictures of my friends’ “Elf on the Shelf” creativity pop up every morning on my Facebook feed. It’s all very cute, and their kids look forward to their elf’s latest antics. My three-year-old son would love to have an elf in the house. But no, this single mom refuses to have an Elf on the Shelf.

Let me clarify: HELLS NO.

We do not have an elf. We are not getting an elf. Lest I get branded as the world’s grinchiest mom, let me explain: We are all about the Christmas magic in our house. We will hang our stockings with care, we will write to Santa, and we will get all fancy for a breakfast tea with him a few days before Christmas. We have wandered the aisles of stores, picking out gifts while I explain that giving can be more fun that receiving. My son is not buying that last one, but I’m still trying.

My own childhood Christmas was as magical as it gets. One year, my family even got together to create Santa’s ashy boot prints coming down the chimney while he delivered presents. The fact that my grandmother allowed this to happen near her white carpet and my uncle was willing to get his prized cowboy boots covered in ash was proof alone that Christmas is magic.

Having an elf around the house, back then, would probably have stressed my type-A self so much I would have laid awake all night worrying and spending my days going over my actions and whether or not I would get reported to the big jolly guy to the north.

Point being, I didn’t need some creepy doll roaming the house and spying on me to make Christmas magical—and neither does my son.

By the time those reindeer hit our roof, we will have had breakfast with Santa, had Santa pull up to a friend’s backyard in a flat-bottomed boat (a perk of living in New Orleans), watched The Polar Express and A Charlie Brown Christmas more times than I could count, exchanged gifts with friends, read The Night Before Christmas, and sipped the aforementioned tea.

We have already put up the tree together and decorated it. (Turning it on every day is my son’s job.) We’ve hung lights and decorations outside and made ornaments out of glitter and fake snow. I love doing this stuff with him. It makes his face light up with joy, which makes my heart do the same.

But after my son goes to bed, I finish picking up the toys he missed, put away his shoes, finish cleaning up the kitchen, maybe get some more work done, take the trash out, take care of the dogs, and collapse on the couch for an hour or so of TV.

Being a Solo Mom means prioritizing every hour of every day. I simply don’t have the time or energy to move that skinny North Pole intruder every single night, creating unique poses or scenes to rival the Pinterest-worthy elves I see on my Facebook feeds—and then clean up the mess the elf left behind.

Most of those same friends tell me offline that they wished they had never started with the elf in the first place.

I’m not looking forward to the coming years when he becomes more aware that his friends have something he doesn’t. Already this year, he’s had a dental hygienist point out the office elf dangling from an exam light. But my son was more concerned with what was about to happen to him than the elf. Bullet dodged there.

His occupational-therapy practice also has an elf. I can hear behind the closed door much of what goes on in there, and I sat in the waiting room cringing as his therapist pointed out the elf to a group of children (including my son).

She then launched into a full explanation of the elf and how she bets all of them have their own elves. I’m further sinking into my seat thinking, Shut up, shut up, SHUT UP!

Then I hear my little guy’s tiny voice from behind the door: “I don’t have an elf at my house.”

He didn’t sound upset by it, more just matter of fact. Good for you, buddy. As far as he’s concerned, elves are what he sees in his storybooks—hardworking, vertically challenged employees of the North Pole who binge on hot chocolate and get to play with all the toys.

And he will see one more bit of Christmas magic soon. Although Santa is not sending an elf, he will be sending my son a little care package from the North Pole as a receipt for his letter.

The package will include a book and a DVD we can share together.

Because being together, just the two of us, is all the magic we need.