Handling the Topic of School Shootings as a Solo Mom 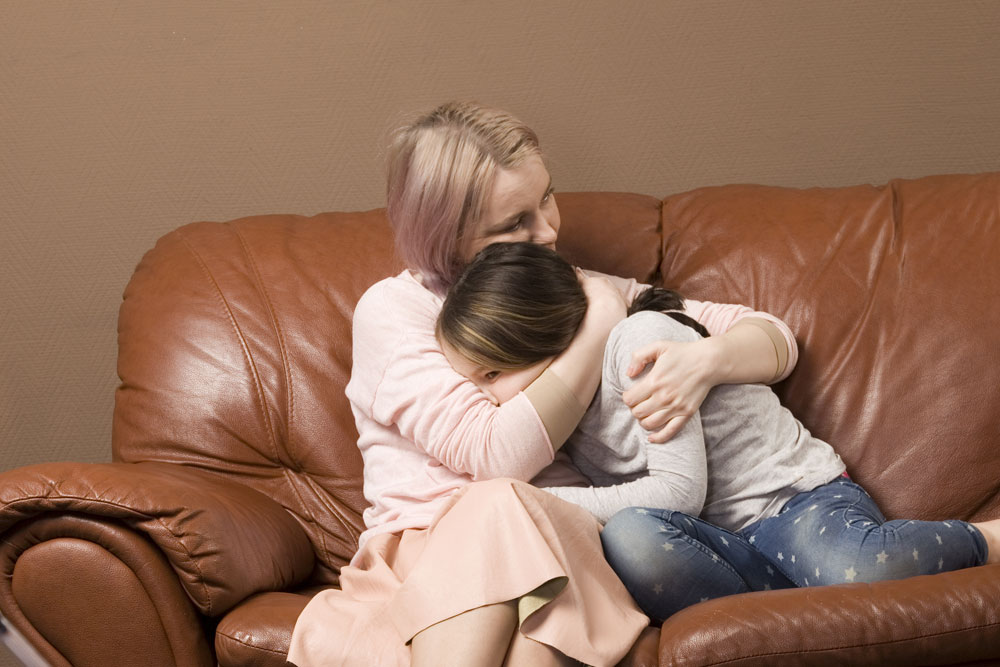 Managing your reaction and helping your children process theirs

I knew that I needed to leave my ex-husband for at least a year before I finally hired a lawyer. My son was under the age of three, and I couldn’t bear the thought of spending one night away from him. What if my ex didn’t feed or bathe him properly? What if he woke up in the middle of the night and needed me? Solo Moms are no strangers to fear and worry. We have no choice but to spend a certain amount of time away from our children—whether it’s one night, a week, or a summer. Even after we’ve adjusted to the times we’re separated, a visceral fear can grip us when an event such as a school shooting dominates the news. If you’ve been struggling with how to handle recent events, here are some tips.

Take care of yourself first

If you’re a basket case, you’re not going to be able to help your child. Meditate. Exercise. Talk to a professional. Journal to process your emotions. As a Solo Mom, you’ve probably already learned tricks for managing your worry and fear. It’s also important to find healthy ways to manage your stress, as a “parent’s stress and corresponding unhealthy behaviors affect the family,” according to the American Psychological Association. We’re modeling how to handle stress for our children, and if we model unhealthy behaviors such as overeating, drinking alcohol, or using drugs, we risk passing them on to our children. As a parent, you’re teaching your children not only that their emotions are valid but also how to express their emotions in a healthy way. One study found that “children see how their parents display emotions . . . and they imitate what they see their parents do to regulate emotions,” so although you may let your children see when you are sad or fearful, make sure you’re also demonstrating how to regulate and express those emotions healthily. Once you know how to do that, then talk to your kids.

Talk to your kids—don’t ignore it

When Amy Alward’s youngest child was 16, there was a bomb threat in the school district next to her high school. Alward was 500 miles away on business. She tried to reach out, checking the school website, and calling and texting her children. Because her relationship with her ex was so poor, she knew better than to try to reach him. She fought off panic for a few hours before finally hearing from her eldest child that everything was fine.

Soon after, when Alward could sit down with her daughter, they had a conversation during which Alward stressed her love and concern. Her teenager responded in typical teenage fashion, “Whatever, Mom.” Her daughter’s response wasn’t the point, really. When your child’s world is shaken, they need to know they can still rely on you.

As tempting as it may be to pretend the event never happened, a parent’s response can either help or hinder a child trying to process an event such as a bomb threat or school shooting. Sue Sexton, a licensed psychologist who often works with children and adolescents, explains it like this: “If the trusted individual offers care, validation, support, encouragement, reassurance, and compassion, the child then integrates this modeling into their own internal ‘vocabulary.’ They then use this vocabulary as they process their external world.”

Even if, like Alward’s daughter, they don’t open up right away, offer them a safe space to express their emotions about an upsetting event. Emphasize that their emotions are normal and valid, and that it’s OK to be worried or scared. Try not to speak dismissively of their emotions (e.g., by telling them not to worry, to let it go, to toughen up, to not be a baby), as doing so may lead them to express their emotions through negative behaviors similar to those they may have exhibited when you first told them about your divorce.

Communication is key between coparents, too

Postdivorce, I’ve been able to indulge my love of travel more during the weeks my son is with his dad. My ex and I set up nightly FaceTime calls with my son while I travel, but one week he didn’t pick up for three days straight. I called at my usual time, and no one answered. I texted. I emailed after the second day. Complete silence. On the third day, with my worry reaching peak levels, I called and emailed my son’s school, getting confirmation that all was well.

As much as possible, establish clear and open communication channels before a crisis. But if you, like me, didn’t anticipate any issues, work on it after the fact. After the three-day incident, my lawyer and I went back and negotiated adding language to our decree. Response times are mandated, communication channels are clarified, and what to do in case of an emergency is clearly defined. But don’t just talk about what to do in those emergency situations; talk about your child’s reaction to them.

Dr. Kathleen Matthews, a licensed social worker and therapist with more than 20 years of experience working with children, suggests that if your child says something negative, you share it with your coparent. “If there is open communication between the parents, then ideally they are able to communicate about things that are said. I would want to let the child know (if they are over eight years old, usually) that I was going to be sharing what they said so they don’t feel betrayed.” If your children bring up school shootings or ask about active-shooter drills, tell the coparent so that he or she is prepared. And tell the coparent how you responded, too, so the two of you can hopefully maintain a unified front.

What about those drills?

It isn’t pleasant to tell children, particularly young ones, about the deaths of their peers. Even if you try to shield children, they may still hear about it from a television that is on in the background or see it on the front page of a newspaper. Or they will get in the car one day after school and tell you, “We had an active-shooter drill today.” If they learn about the deaths of other children in a school shooting, they may ask why they even have to practice those drills at all.

Sexton says that “it will be important to explain that these children and teachers did their best to ensure the safety of all their school members, and sometimes, even when trying our best, bad things can still happen.” You’re going to have to help your child deal with and accept the uncertainty of life. To the extent that you can, “explain to children that it’s best to work to keep our minds in the present moment and focus on what we can control now and today, while also preparing for the future (hence the drills),” Sexton advises.

In this respect, the children of a split household may have an advantage. They’ve already experienced upheaval and learned that despite that, their parents’ love for them endures. Be honest and age appropriate when talking with them, but also stress that their teachers, their parents, and the people around them who love them make every effort to keep them safe.

How do you help your children process tragic events in the news? You might also want to read “Upsetting News Events” by ESME’s Dani Bostick.