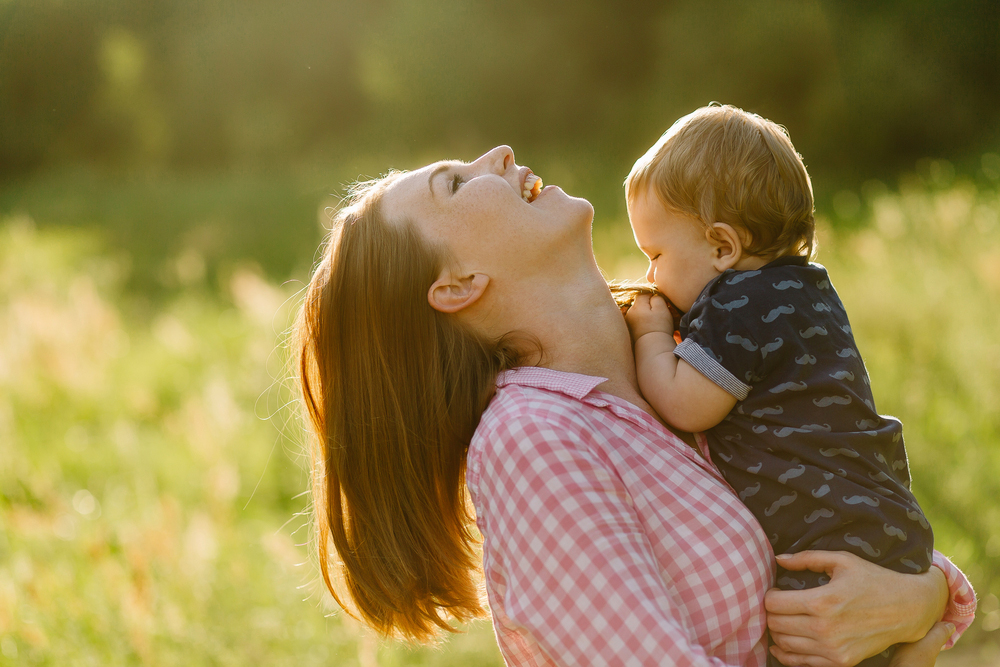 It came at a moment when I needed it the most

When I stand and look at myself in the mirror on my darkest days—the days I have to drag myself out of bed to go to work because my two kids are depending on me—I see a reflection I think many others don’t admit to seeing in themselves.

I think we are all better at believing our own lies than we realize. When we think of what goes on behind other people’s closed doors, though, many things come to mind. We might imagine a screaming, red-faced husband with a crying wife cowered in the corner, desperately wanting to leave but knowing she never can. We might imagine a family in a massive house with a decked-out boat they take for spins on the lake in the summer, but they’re secretly drowning in debt. Or maybe we think about the perfect couple at the holiday party, holding hands (a little too tightly), leaning over to embellish kisses on the cheek, who will go home to a deafening silence.

But what if you’re the person behind closed doors?

Sometimes, that person is me.

My family and friends tell me constantly that I’m an amazing mother. But when they compliment me, I feel like a fake. I pretend to laugh off the stress of two little kids, just to keep from bursting into tears. I try to be the best I can, while simultaneously making it look to those watching me like I am doing better than I really am. When I say on busy weeknights that I made tacos or spaghetti, it’s really frozen chicken nuggets and tater tots, and me yelling at my toddler, who’s yelling back because we’re out of ketchup. Again.

I have had both my boys on a sleep schedule since birth because I refused to leave the house around nap time or bedtime. I wasn’t just being the sleep patrol, trying to protect their brain development and concentration. This was me needing and craving alone time. If I didn’t get it, I swear I was going to lose my mind.

In the depths of parenthood, when my babies were small, my anxiety was so damn high that I didn’t even recognize it as anxiety—high, as in, when you go to your room at night and shut the bedroom door, you hope to God your husband doesn’t touch you because after being touched, pulled, and tugged, and “Mommy, I need this” all day, the last thing you want is another set of hands on you, another set of needs to take care of. Behind those closed doors, you don’t realize it’s anxiety and depression you’re facing, from feeling like you aren’t who you were supposed to be as a mother, and you start to think you’re crazy. And you feel like you’re the only one who feels this way because nobody ever explained it to you like this.

They said you may get a case of the “baby blues.” But when your face is blue from all the ugly crying you did after learning your partner is leaving again to go out of town for work, and you realize that half-hour afternoon break you look forward to all day is gone for another month, you start to think that either these people were lying to you or that you are just a shitty mother.

That’s how I felt when I had my first baby. Add a second to the mix and, holy crap, I got a whole other set of emotions.

I almost let the guilt of bringing home a new brother for my sweet four-year-old, with whom I had such a close bond, ruin the whole experience. I felt guilty that he would have to share me, and his dad and his grandpa, too. His new baby brother would tag along with us on our park dates and trips to the zoo, and either Mommy or Daddy would miss his nightly bedtime routine. So many times, we had to tell him, “Hang on, we’re taking care of the baby right now.” Nothing prepared me for that guilt.

And, as it turned out, his new baby brother turned out to be colicky, moody, and hard to please. As he got older, he was defiant, reckless, and draining. But he’s also affectionate and hilarious, and he brought some of that affection out of us all. When their dad and I separated when they were six and two, it was so worth it to have my second baby—a ball of fun, “I love you’s,” and kisses. Tears stream from my eyes as I think about how thankful I am that they have each other to lean on and always will.

So, when I got two bottles of wine with a card from my ex this Mother’s Day, the tears flowed like a flood as I realized that maybe I was, and always have been, good enough to be their mother. His words came at exactly the right time, when I was down on myself, struggling to pay bills and stay present in moments that were supposed to be memories, trying hard to keep things together when I felt like I was falling apart. If the person who has seen me at my worst, darkest parenting moments could see me like this, then maybe I’m not so horrible after all.

The card from their dad read:

I hope you know the boys love everything about you. I know Parker can open up to you, and I envy that. I hope you know that although I never got the chance to “choose you” as their mother for my children [we got pregnant by accident when we were 20], I wouldn’t have it any other way.

You are able to balance out my flaws in raising two children into good, sweet, intelligent kids who go to bed on time. (Good job, sleep patrol!) I know I don’t say it enough, and I know we have had our arguments since separating, but THANK you for being their mother and being patient and working with me to give them the best possible life, considering the circumstances. We may not be in love, but I know my boys get the love that you and I share for them, and I couldn’t be more grateful. I am glad I have you to work with toward what is best for everyone, especially our boys, who love you more than anything.

Stephanie Portell is a single, working mom to two boys. She’s also a part-time writer, loves literature and bookstores, and tries to keep sane when her kids purposely try to make her insane.

You can see more of my truths about parenting on morethanmothers.com.