Help! My Ex Is Trying to Buy My Kids’ Love for Christmas 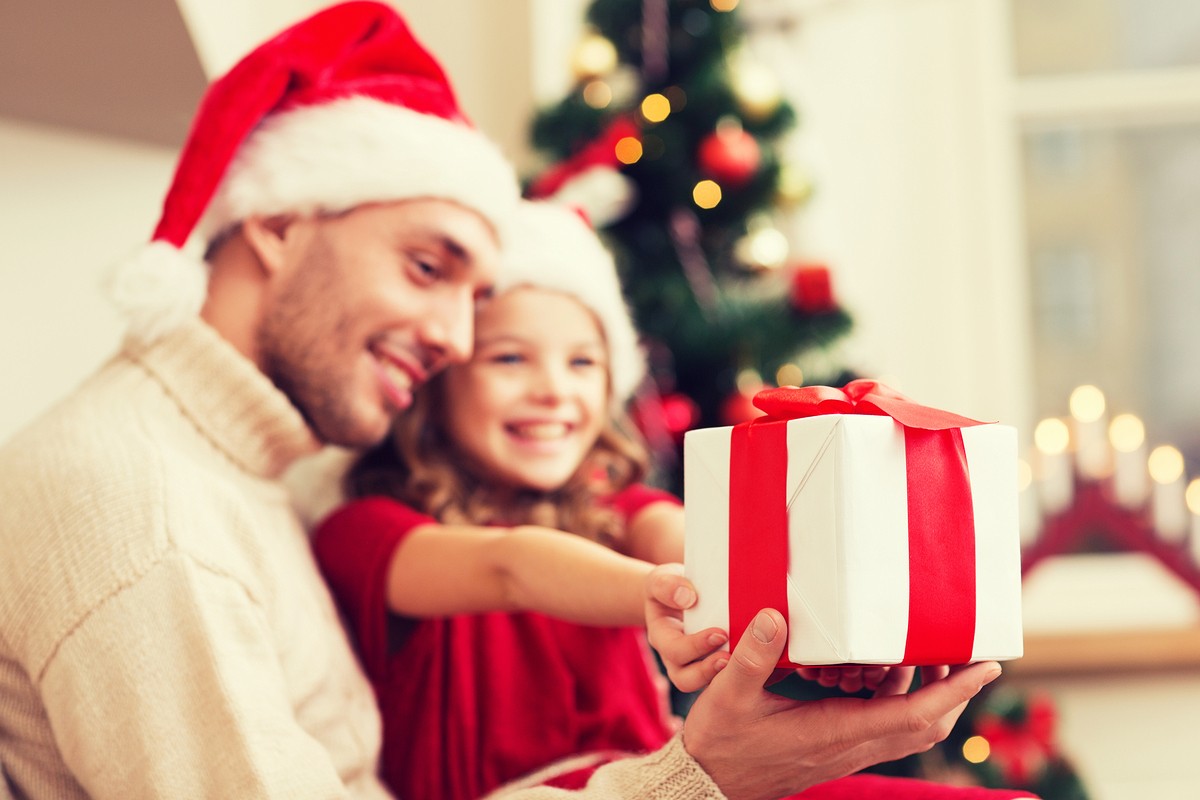 When Dad steps in with armloads of gifts and then leaves

Every Christmas, my ex-husband arrives at my doorstep with piles of gifts that my daughters tear into with glee. They unwrap iPads and bikes, gargantuan stuffed unicorns, and boxes filled with a dozen dolls and every imaginable accessory. When they are finished, our living room is an impassable sea of wrapping paper with enough toys to stock a toy store. And then their dad leaves, not to be seen or heard from again until the same time next year.

My ex’s excessive gift-giving isn’t a new habit. When we were married, he showered me with gifts, and even when we separated he gave me an envelope full of hundreds of dollars of gift certificates for Christmas. He’s always been someone who shows love, or his version of it, through gifts, but I never expected him to become a father whose only expression of love was an annual overabundance of Christmas presents.

My ex’s overblown displays of affection used to make me angry. He doesn’t visit my daughters, play with them, or take them to the doctor or dentist. He doesn’t cook them dinner, help them with their homework, or kiss their owies. He’s not a parent in any sense of the word. He’s the guy who shows up once a year with the entire Target toy aisle.

It’s unfair to them, and even to me, that he’s invested so little in them, but there’s nothing about these annual displays that makes me angry anymore. Time has dulled those feelings. The only thing I feel now as I watch him pump up the bike tires on the bikes he’ll never see again is sadness. My daughters deserve more from their father—but they’ll never get it from him.

My daughters aren’t old enough to understand why their father doesn’t visit them, but as the years go by they’ve begun to recognize that it’s not normal to only see him once a year. They ask me how he knows what gifts they want since they don’t talk to him all year. Soon enough, they’ll put the pieces together on their own and it will hurt them. But until then they enjoy their annual visits with their dad, and I’ve learned to set aside most of the gifts to be slowly brought back out to be played with or donated over the course of the year.

My ex’s consumerism isn’t all bad. He can afford things I can’t, so when he tells me he wants to buy my seven-year-old daughters Tiffany necklaces, I gently suggest the bikes they’ve been begging for instead. When their iPads break after four years of use, I let him know they could use new ones. Instead of nursing my anger at him, I look for ways to leverage his gift-giving for my daughters’ benefit. But it never quite silences that little voice inside of me that wants to scream at him to stop taking the easy way out when I see him walk up my steps with bags of gifts on yet another Christmas visit.

Not everyone is capable of being a parent. I know that like I know the earth is round and the sun rises and sets every day. My ex-husband isn’t a healthy influence on my daughters, and in some ways it is for the best that he has chosen to only see them once a year. I don’t know whether it would be better for them to see him once a year or not at all, but for now, I’ve erred on the side of allowing these annual visits—I don’t ever want to have to explain to my daughters why I kept them from seeing their father once a year.

Understanding that my ex-husband isn’t capable of being a parent doesn’t excuse him from that responsibility. Instead of copping out and showing up with gifts, he should be showing up to school plays, dentist visits, and experiencing the small moments that make up most of our days. Parenting has nothing to do with buying Christmas gifts—that’s Santa Claus’s job and I’m pretty sure my ex isn’t jolly ol’ Saint Nick. He owes it to his daughters to get himself to a place where he can be a healthy, positive influence on them. But he chooses to try to buy their love with a few overpriced plastic toys once a year instead.

The saddest part of my ex’s annual Christmas spectacle is that I’m really not sure he does it as a last-ditch effort to buy my daughters’ love. At least that would be focused on them, even if it was misguided. He takes a lot of pictures and floods his social media with evidence of his fatherly love, and I find myself wondering, as I watch the same story unfold every year, whether his Christmas visits have anything to do with my daughters at all—or whether they’re just another display of narcissism gone awry. Look at what he can buy them. Look at what a good father he is.

It’s almost Christmas, and that means another visit is probably coming up. He won’t contact me until a few days before, and he’ll be gone in under an hour. But my daughters will feel the pain of his absence long after the piles of presents are unwrapped and put away, and it will be my job to pick up the pieces.