You Want What for Christmas?! 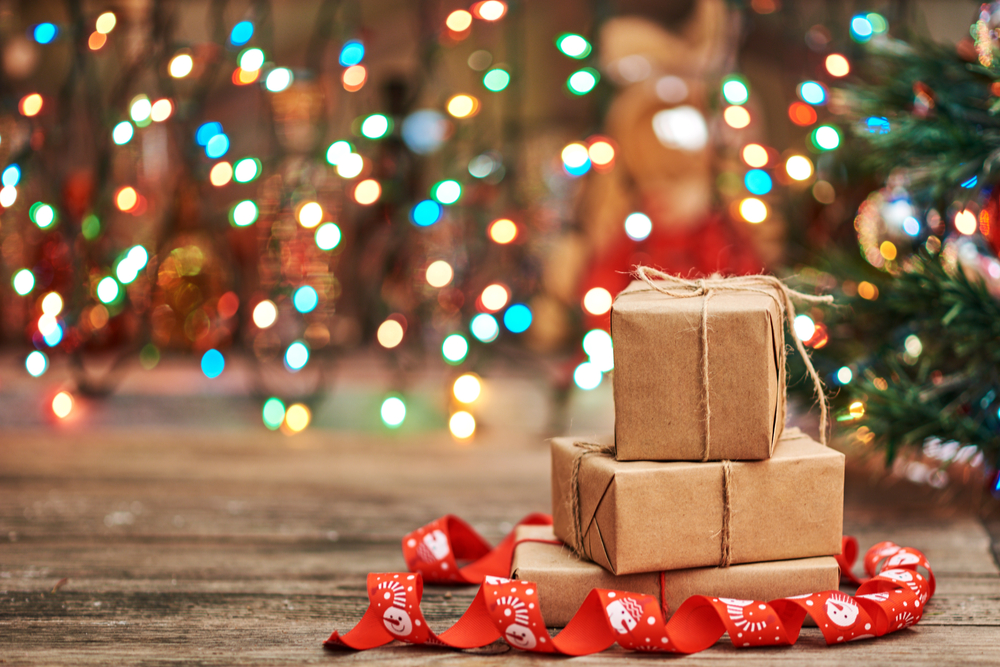 My four-year-old has no shortage of inspiration for this year’s Christmas wish list. But while other parents are fielding excited cries of “I want that! And I want that, too!” my son takes a different approach.

He asks Santa for toys he’d like to be invented—toys that may or may not be in production by the merry elves who sell their wares on Amazon, Target, Walmart, Jet.com, Zulily, or any of the other four dozen websites I’ve checked.

“He has a wild imagination,” my son’s pre-K teacher has told me.

And he does. Listening to my son invent stories and adventures, and marvel over his construction of fantastical vehicles makes my heart happy. That creativity will one day take him far in life.

But at present, that creativity has stumped this Solo Mom Santa at Christmas.

This year, my child is asking Santa for a remote-control shark that swims and dives in the pool and has a mouth that opens and closes. He’d also like a remote-control school of fish that the shark can chase and eat. He’s been very insistent on these two items and hasn’t wavered in weeks.

If anyone knows where to get such beasts, please drop me a line in the comments section.

I understand that my kid needs to learn that we don’t always get everything we want out of life and that the holidays are about family and friends, the spirit of giving, and made-for-TV holiday movies.

But he’s four. Christmas and Santa and the North Pole—and especially Rudolph this year—are peak magic for him. He has plenty of time and has already had plenty of opportunities to take part in the bigger meaning of the holidays.

And his wishes aren’t extravagant. He’s not asking for a $27,000 Pirate Ship Playhouse or demanding a $125,000 Mini Monster Truck, both featured in this year’s Hammacher Schlemmer offerings.

He hasn’t even asked for the pricey Hot Wheels garage or the $100 talking tiger.

The kid just wants to re-create a fish version of Jaws in our pool, which sounds pretty cool to me.

This isn’t the first time he’s turned to his own wheels of imagination to come up with an obscure request. So far, I’ve been able to make his wishes appear.

A few months before his fourth birthday, he began meticulously planning his dragon-themed party, right down to the food, the guest list, and the cake—a two-tiered castle with a blue dragon climbing up the side and breathing out fire at the top.

It was a bit specific, but luckily, I know a very talented baker and cake decorator who could get the job done.

Then, as is the norm, his vision began to grow. He wanted not only his cake to feature a blue dragon but also to turn into a blue dragon himself . . . before Labor Day . . . way before Halloween costumes hit store shelves . . . in the 95-degree New Orleans heat that would cause him to pass out from wearing a head-to-toe costume.

I hit the Internet. I found green and red dragon costumes aplenty. No, he wanted blue. That’s how he imagined himself. I found a fleece dragon suit, but knew it came with a side of heatstroke. Then lo and behold, on page five or six of my Amazon search I found it—a shimmering blue dragon headpiece with an attached spiked tail and cape complete with loop holes at the wrists so he could “fly.” Hot damn, I’m good. OK, fine . . . Amazon’s good.

As much as I love and adore my son’s imagination and creativity, I knew he couldn’t be the only kid who asks for obscure and outlandish creations.

Turns out I don’t have the only kid who pulls awesome gift ideas out of thin air.

“My five-year-old daughter asked for a robot unicorn that she could ride. I asked her what her second choice was. By the third or fourth choice, we were in business!” said Washington mom Katrina Swenson. “She’ll have to settle for a small, nonrideable kitty and a Lego Creative Boost set.”

Caolan Madden’s then three-year-old asked Santa last year for a “bunny nutcracker.” Not even quite sure if that was even a thing that could be found, they gave up looking.

“Then, on the 23rd, we saw a soft bunny nutcracker ornament at Anthropologie. We couldn’t believe our good luck and immediately snapped it up,” said Madden, who lives in Brooklyn. “But when she saw it under the tree on Christmas morning, she didn’t even get that it was what she’d asked for. ‘It’s a bunny nutcracker,’ we said. ‘It’s just a bunny soldier,’ she said. I guess she wanted a bunny that could actually crack nuts.”

Another Brooklyn mom, LaToya Jordan, is hoping for better luck than Madden.

“This year, the two funniest things on my five-year-old’s Christmas list are a robot boyfriend and a picture of a brain on a pillow,” she said. “We’re not worrying about the robot boyfriend, but there are actually quite a few brains on pillows to be found on Amazon.”

Mindy Haskins Rogers’ six-year-old went all out with his wish list this year, asking for a flaming sword, a unicorn’s horn, an invisibility cloak, a serpent’s heart, and an amulet. No pressure there.

“I found a cool locket/amulet at a craft supply store, plus some gems that will have to pass as serpents’ hearts,” she said. “I’ve already primed him for disappointment, telling him Santa will probably think he’s too young for the other gifts. He’ll have to wait a year or two.”

Melissa Ressler’s three-year-old daughter was very sure about what she wanted from Santa—a “soft feeler.”

“She explains, ‘It makes your body feel soft like lotion but it’s not lotion,’ and approximates its size with her hands—seems to be about a half gallon,” said the Pennsylvania mom.

“Santa found an Aveeno gift pack at Costco, a jar of coconut oil, and a tiny tin of body butter for her stocking in hopes that one of these is correct,” she said.

In the end, that’s all we moms can do. We try our best to make our children’s wildest dreams come true while they are still young enough to marvel in the magic that everything is possible.

For my part, I tackled the remote-control shark with the purchase of a remote-control car that looks like a shark with big teeth and can be driven on land or in the water. I’ve also ordered a smaller remote-control fish (one, sadly, not a school of fish) that the shark car can chase—hopefully, fingers crossed, everyone—around the pool.

Lest I get too comfortable basking in the glow of making magic happen, we visited Santa recently. And as I smiled to myself, waiting for him to tell Santa all about the remote-control shark and fish he wanted, my son looked right at the big guy and said, “Santa, I really want a remote-control train.”