As a Solo Mom, Cosleeping Suddenly Took on New Meaning 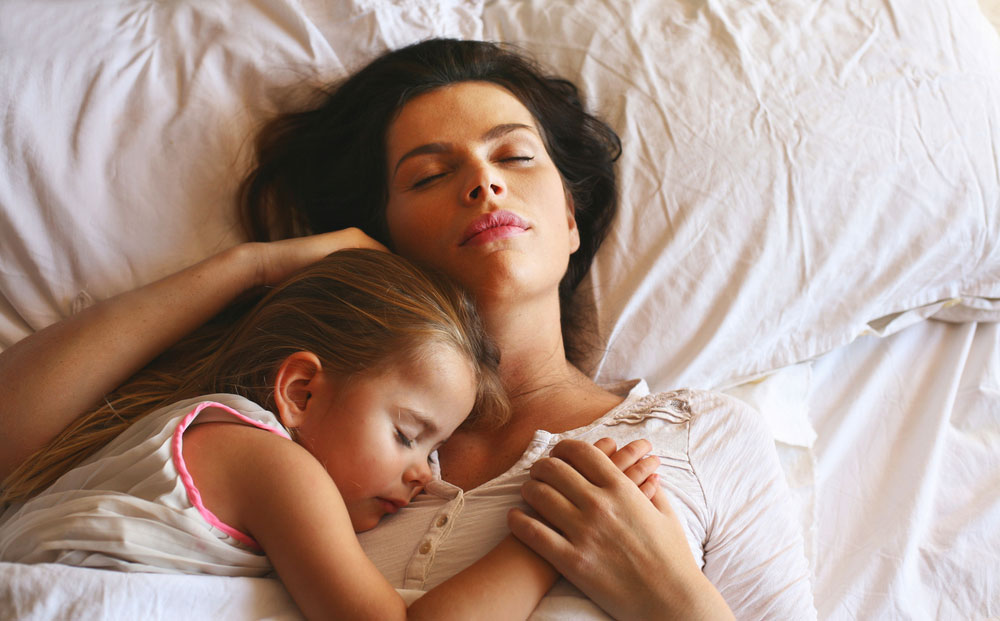 I am an outspoken advocate of (safe) cosleeping. I did it as a young child, and I always suspected my children would, too. It doesn’t work for every family, but it worked for us the way it worked for my parents. Some might say it worked a little too well for my daughter: she shared my bed until she was six.

Most people react to that with, “You’re kidding?” or “Why did you let that happen?” which makes me ask myself, Did I just let it happen, or was it something I actively encouraged?

The answer is somewhere in between the two. It was more complicated with my daughter than it was with my firstborn. He slept in my bed, which was also my husband’s bed, until he was two. We moved into a new house, made a big deal out of his “big boy bed,” and it was as easy as that. He never slept in our bed again. But when my husband and I separated, our daughter was 18 months old. She’d only stopped breastfeeding a few months earlier and still relied on skin-to-skin contact with me to fall asleep at night.

When the kids and I packed our bags and moved out of the family home, we had nowhere to go but my parents’ house. I felt like a teenager again, except I was in my early 30s with two young kids and a failed marriage behind me. For the first few nights, the three of us clung to each other. I hardly slept, kept awake by visions of either one of them rolling over and falling out of the too-small bed in the early hours.

As we settled into our new temporary living arrangements, my son was happy to sleep in his own bed, but my daughter continued to cling to me, night after night. She couldn’t settle unless part of her was touching part of me. I’d inch away from her when I thought she was asleep, only for her leg to stretch out and her tiny foot to rest against my thigh.

I toyed with the idea of moving her into her own bed, but that would have meant sharing a room with her brother, and I didn’t want him to be disturbed during the separation process. I decided we would wait until we had our own house to try to break our cosleeping habit. So for the next four months, my daughter was my nightly companion—and my comfort.

It wasn’t an easy time. I was a Solo Mom trying to work full-time hours, look after two young kids, and deal with the breakdown of my marriage. But whatever headaches I had to deal with during the day were relieved by my girl’s presence in my bed at night. Lying by her side, watching her chest rise and fall with each breath, was cathartic. It reminded me what was important in my life and why we were currently in a bedroom in my parents’ house with all our worldly possessions crammed into the four suitcases under the bed. I wanted a better life for my children. It had nothing to do with material benefits and everything to do with teaching them how to be true to themselves and what healthy relationships looked and felt like.

When we moved into our own place, the perfect house for three, I showed my daughter her bedroom. “No,” she said, and toddled down the landing into mine. OK, I thought, I’d take it slow. She had enough to get used to: a new house, a new preschool. I had nobody else in my bed at night, so it wasn’t hard making a little room for her.

Over the next four years, nothing changed. I don’t doubt I could have put a stop to our extended cosleeping had I made more of an effort. I’m not naive enough to believe that mere suggestions are powerful parenting tools. But I never felt that I had no option but the hard-line. I knew my daughter wouldn’t sleep in my bed forever, and I also knew how important a good night’s sleep was to all three of us. When you’re the only parent in the house, it’s pretty difficult to tend to the nocturnal needs of two kids at once. It’s also pretty difficult to get through the day when you’re exhausted from wrestling a child into bed several times during the night. There’s nobody there to take over for a few minutes when you’re ready to drop. Once in my bed, my daughter fell asleep within minutes. Her brother never had trouble sleeping, either. A solid eight hours of interrupted sleep, night after night? I’d have been an idiot to mess with that.

I didn’t encourage my child to sleep in my bed, but I didn’t go out of my way to discourage it, either. I did what was best for my family. And around my daughter’s sixth birthday, when I asked her if she wanted to try sleeping in her own bed, she simply said, “Yes.”