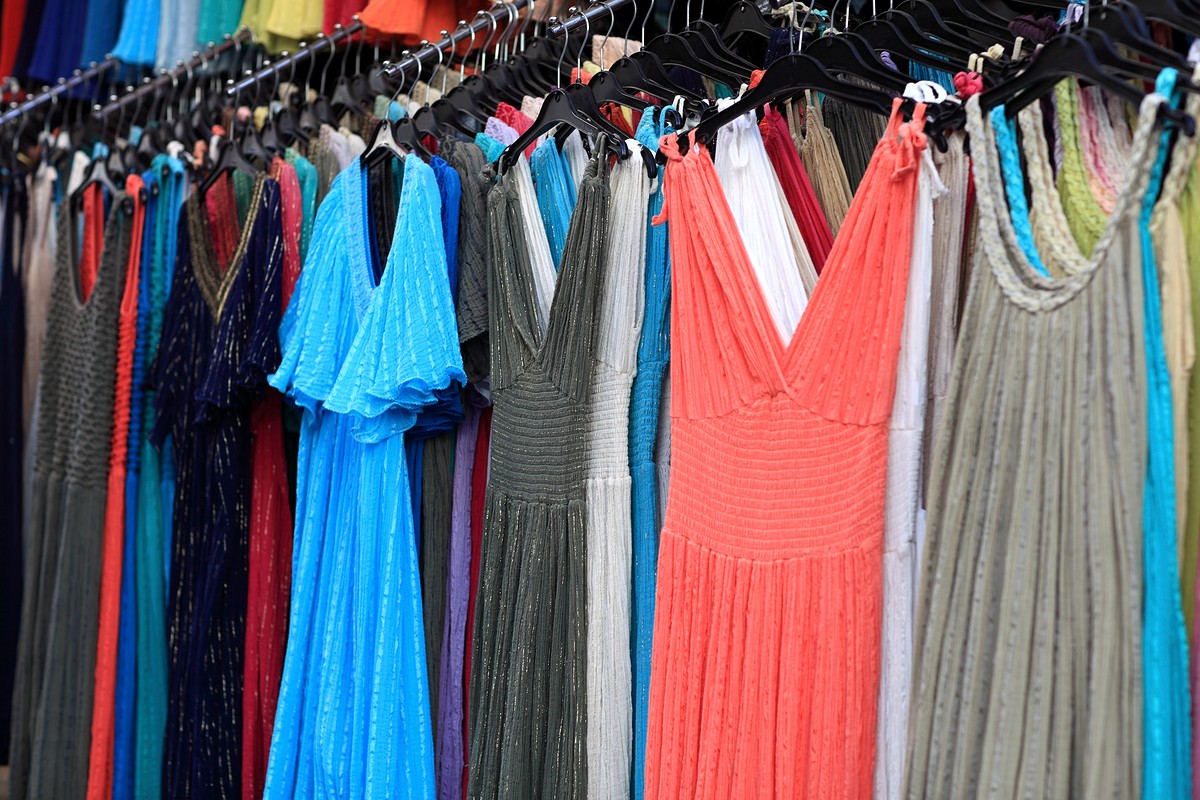 One single mom finds her way back to herself

At the beginning of this summer, I bought a dress. You may be wondering why this is news, but I haven’t bought a dress in three years—not since the summer I was pregnant with my son.

When I was pregnant, I practically lived in dresses. It was summer in California, so that was a given, but for the next few summers, during my son’s infant and toddler years, I gave up dresses in favor of more practical options, such as shorts and leggings. I have more pairs of shorts now than I did when I was a kid.

Back then, I had rejected girly things such as dresses and skirts for some reason, but I reclaimed that femininity in my adult years. It wasn’t until I slipped the dress over my head, a simple black maxi, that I realized I had missed wearing dresses. They are simple; with one piece of clothing you essentially have a complete outfit.

During the first year of my son’s life, it was so easy to let my style fall by the wayside. I was by myself, dealing with this growing, moving person. As he transitioned into solid foods, I had to be prepared to have green beans and sweet potatoes end up on me. Getting dressed turned into a game of trying to find an outfit without a stain. I stopped caring about looking nice and simply cared about getting out the door in a timely manner. As a Solo Mom, I wasn’t interested in looking nice for anyone. I often questioned the point because it was only a matter of time before something got spilled on me or I was covered in crumbs. I had hit fashion rock bottom.

When my son was younger, dresses weren’t really practical. He’s always been the type of kid who wants to be down on the ground. I couldn’t comfortably sit on the ground or squat next to him in a dress. As he got more mobile, I couldn’t run after him and climb jungle gyms; I’d be too worried about flashing some little kids like Britney Spears did climbing out of a car in 2007. I was worried about exposing too much while breastfeeding, so the double-shirt method served me well in the way of coverage that most dresses wouldn’t. The way I was dressing served a purpose, so I just accepted the fact that shorts and a T-shirt were the way to go.

But I didn’t love the shorts-and-T-shirt look after a while. It was monotonous and boring. I got tired of having to pick out pieces that matched, and I missed being able to just go in a drawer, grab a dress, and run out the door.

At the beginning of the summer, I went shopping to add to my shorts collection when I saw a wall of dresses out of the corner of my eye. Since they were on sale (imperative for a Solo Mom!), I had to take a look. After scouring the rack, I found my beloved black maxi dress. It was a V-neck, so there was easy access for nursing; it was black, so there would be minimal staining; and it was long, so I could squat and sit comfortably at the playground. Now that my son is three, I don’t have to chase him as much. It opened the floodgates, and I ordered two more dresses to add to my rotation.

The first time I put the dress on, I was instantly happy. I felt like I had reclaimed a little piece of myself. And my son noticed, too. “You look pretty, Mommy!” he told me. After that, he wanted me to wear the dress all the time; once he cried because I didn’t want to wear it that particular day.

But this is about more than just a dress, and it’s about more than the feeling I get from wearing one. When you’re a first-time mother, it is so easy to fall into a clothing rut, which only intensifies when you’re a Solo Mom. When you spend all day with a newborn, you’re not thinking about fashion; you’re wondering when you last showered and if your clothes smell like spit-up and sour milk. You look for clothes that don’t show stains and can wash easily. Everything is stretchy because it’s easier to accommodate your new body. It’s very easy to feel like a frumpy mess, but you don’t have time or energy to think about your clothes.

It has always been about more than a dress. You don’t realize how much of your identity is tied to your clothing. Jeans and a T–shirt become part of who you are. I started to feel like a cartoon character. You know how they open their closets and it’s a long row of the same exact outfit? That’s what I felt like. I knew that I had to figure out how to feel like a functioning member of society again. I think all moms, but especially we Solo Moms, feel that way—we get tired of the monotony.

So I encourage you to scrape those few extra dollars together and take yourself shopping. For me, it was a dress; for you, it may be something different. But sometimes you don’t realize how much you need something until you find it.