Fighting for a Pew 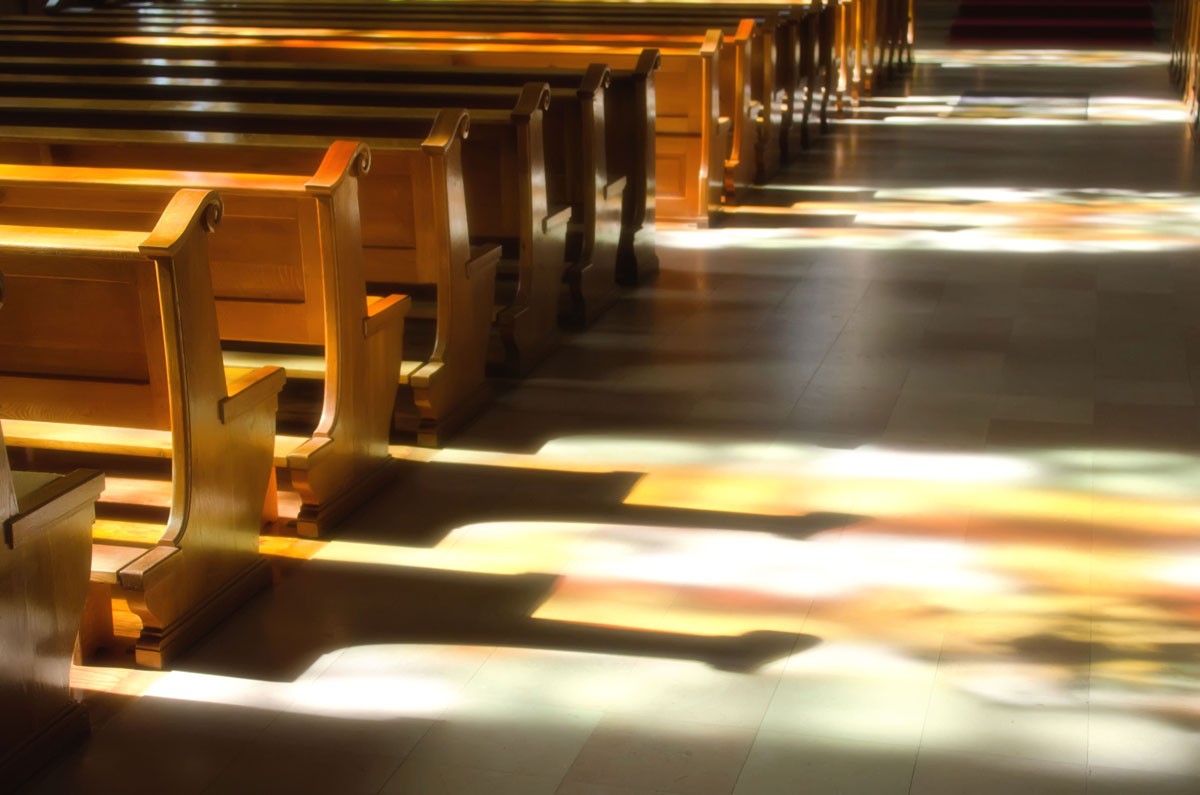 Religion and solo parenting are an uneasy match

Several weeks ago, I received an email inviting all “men with power tools” to help construct a traditional outdoor edifice for the holy days. I emailed the liberal-leaning rabbi at my progressive temple to point out that perhaps women could handle a drill as well as men, and that, in fact, my old-fashioned father had purchased an electrical tool kit for my 10-year-old daughter because she liked to build things.

I received a reply from my rabbi explaining that the men’s group really wanted something to do that was their own but that of course I was welcome. She informed me that I could join the women’s group; apparently, the men had formed a men’s group only because the women had their own group. Her point, subtly implied, was that no harm was meant but that everything has its place.

I’d like to call both emails a form of microaggression, but they speak to a macro issue I’ve found over the years and in discussions with other Solo Moms. It’s tough to have faith with the faithful if you’re a Solo Mom.

Why should that be the case? We work so hard, and we are grateful for all the help we can get. And yet somehow it seems (based on only my own personal polling) that the Solo Mom has a rough road finding a place for herself and her kind of family in a religious institution.

Let’s face it: religion and solo parenting are an uneasy match. From the Solo Mom’s point of view, that makes no sense. We know that we cherish community and routines as Solo Moms. We often feel we need to have a belief system when faced with all the pressures of everyday life. Continuity, stability, warmth, and inclusion are what we dream about in a religious community; yet, all too often, it’s difficult to feel accepted, and it’s hard to find a way to participate.

Sometimes it feels as if, within the structure of religion, there are many roles that people want you to play as a parent, that of nurturer, caregiver, educator, mentor—all of which are encouraged in sermons and talks. The role of Solo Mom, unfortunately, is not supported in practice. Instead of receiving comfort and inclusion, a Solo Mom can often find herself sitting alone or allowed in company but always having to explain herself and her situation. It doesn’t feel good.

There are logical reasons for this on the religious institution side. Western theistic religion likes pairs, symmetry, making sense of the world for you. OK, maybe not that last one. But it is true that most Bible studies for children involve those two-by-two animals clumping themselves onto the ark to save humanity.

Although we may think of faith in an emotional, perhaps abstract way, religious institutions (yes, even those in California) often are based on tradition and age-old texts, which have inspired followers for centuries. They have served as unifiers and as the source for traditions that bind society together. You can get married in a religious institution, but unless you are royal (or Catholic), you usually don’t divorce there. It’s interesting to see that the latest Synod of Bishops has been recently struggling with the question of family as it tries to find its public voice in the 21st century. It makes sense that religion would want to promote a coupled life—less stress, more stability, simpler cultural adjustment. Even the most progressive institutions—those that embrace gay marriage and support transgender congregants—can work only with the model that follows a notion of family they have promoted for years: the binary parents. Maybe it’s confusing for them. Maybe it’s uncomfortable.

So why seek the benefits of religion only if you are sometimes considered the first step on a slippery slope that leads to the end of society as we know it? Frankly, it’s a tough question.

What to do? We have to change the way we Solo Moms approach religious institutions.

It’s an interesting construct that people who set off alone on an adventure (such as hiking the Pacific Crest Trail or biking across the United States) often remark on the surprising kindness of strangers. It restores their faith in themselves and in humankind, yet it also makes me wonder whether we expect or demand kindness from those who know us because we believe there is some bargain we have made within our own community that requires reciprocal respect.

So maybe that’s the solution. For those of us who want institutional religion in our lives, who desire faith and prayer in our families, continuity and religious school for our children (and maybe, if you’re a Jewish mama like me, a little bit of Hebrew—what could it hurt?), perhaps we should regard members of these institutions (no matter how long we’ve known them) as strangers and refuse to get upset or hurt by their clumsy lack of understanding.

The search for faith, for continuity, for warmth is ours alone. We can’t always expect to find it answered for us by others when we join a religious community. We somehow don’t fit.

Maybe we Solo Moms should think of ourselves on a permanent adventure, wading every day into unknown waters, looking for answers, for meaning. Then we truly can be pleased and surprised (and, yes, edified!) when we encounter unexpected kindness from the people we see all the time.

Do you have a viewpoint or opinion relevant to the experience of Solo Moms? You can share it in our Perspectives section.