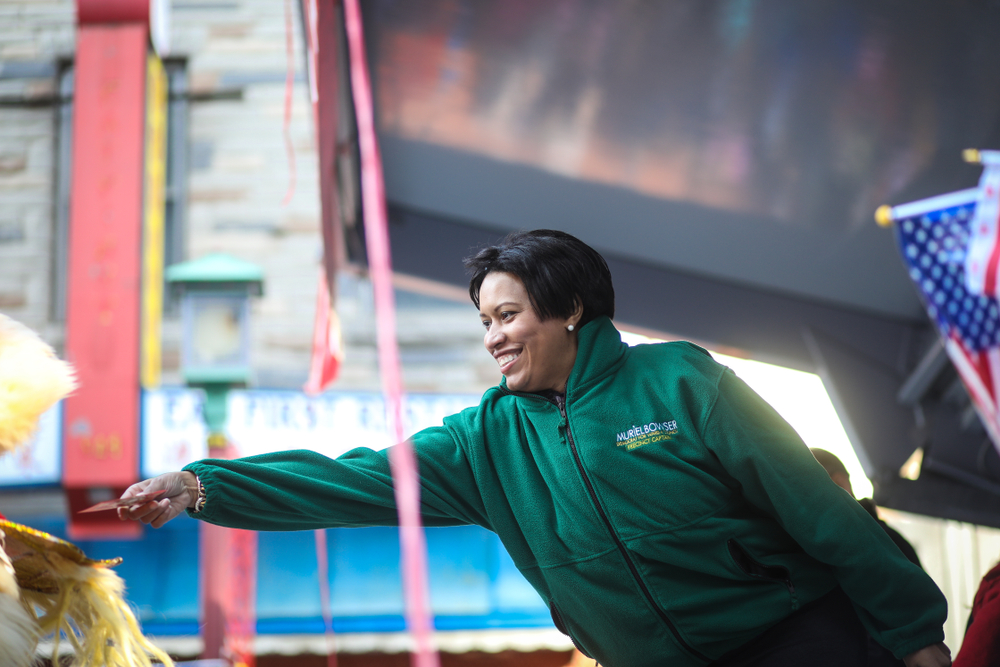 An open letter to Muriel Bowser

Let me be the first to welcome you to the Solo Mom by choice via adoption club! We are happy to have you.

Thrilled to read that you were adopting a newborn as a Solo Mom, I immediately started drafting this letter to you in my head.

Not that long ago, I was where you are standing now. Like you, I was fiercely private about my decision to adopt as a Solo Mom. Very few people knew until my son was here and he was home. No, I wasn’t the mayor of the nation’s capital, but I had a big career when my son was born.

I was working as a producer for a network evening newscast, and I had told no one about my plans ahead of time. I kept quiet because I feared the adoption would fall through and because I feared the fallout, as a woman, from having a family in tandem with a big career. As a woman who has worked her way to the top, you may have felt the same.

I was lucky in that my bosses were wonderfully supportive once I told them what was going on and even more so after I announced his birth. I hope you are getting that same support, but please remember the legions of women in your city who are not as fortunate. You and I had the finances, the education, and the support to take on solo motherhood. There are women in your city who don’t get maternity leave, who will be fired because they are pregnant, who won’t get jobs because they are pregnant, who can’t work because they can’t afford child care, and who don’t know where their next meal is coming from, let alone the next box of diapers.

Are you having moments where you wonder, What have I gotten myself into? Don’t feel too guilty—I had those moments, too. I think all moms do, but we Solo Moms don’t have much of a safety net.

My aunt gave me one of the best pieces of parenting advice I’ve ever gotten, and I think of it often, even almost five years down the road. The week I went back to work, she called to check on me and I tearily admitted I was terrified I couldn’t do it. She matter-of-factly told me that I needn’t worry about that because I was already doing it.

You will get a lot of questions in the coming days, weeks, and months. Some will be funny. I was once asked why I adopted a child instead of just hooking up and getting a free kid. (My answer: “Because with my luck, I would get free gonorrhea.”)

Some will be intrusive. I’ve been asked if my son was born on drugs, why his birth mother chose not to parent him, and what I know about his birth father. These questions are no one’s business, and I keep an arsenal of noncommittal answers at the ready.

I’ve also gotten comments and questions that are downright rude. I’ve been asked where I got him (Target—the answer is always Target) and how much I paid for the adoption. One person asked me right in front of my son, “Are you going to tell him he’s adopted?” I resisted the urge to say, “Well, you just did it for me!”

I know as part of the education you received during your adoption process, you learned all about adoption-friendly language and how important it is to be open and honest with your child about her birth family and her beginnings.

I found, unexpectedly, that my son and I have become unwitting educational ambassadors for adoption. I often correct people when they use outdated phrases such as “give up for adoption,” which instead should be “place for adoption.” It’s not “natural mother,” it’s “birth mother” or “first mother.” And for the love of God, please correct anyone and everyone who asks you if you ever wanted a child of your own because, last I checked, our kids are our own.

You will be told often that your child is lucky that you adopted her, and you will feel uncomfortable each and every time you hear that. Because you know your child doesn’t owe you her gratitude for adopting her, any more than biological children owe their parents gratitude for having sex to create them.

Like me, you know that you are the lucky one because you get to parent this miraculous child, and you will never stop telling people that.

You may not realize it now, but you have already done something pretty amazing besides creating a home for your new family. You have raised the bar for Solo Moms in society.

Though more and more of us are entering into solo motherhood by choice, single moms are still looked down upon. No matter where I go, I know there are people who think I got to single motherhood by some mistake I made.

Once, I was at a community pool with my son when a woman asked me what my husband did for a living. I told her I was a Solo Mom, and her face immediately tilted to the side and she said, “Do you have a church?” And then went on to tell me how her church takes in “all kinds” of people.

Hell, several GOP leaders, including Mitt Romney and Rick Santorum, have blamed the nation’s ills on us, whether it’s poverty or gun violence. We are sluts, they often think. We are stupid; we are sucking the welfare system dry. We are looking to trap men into taking care of us. Our children will be criminals. I’m sure you’ve heard it all—we have, too.

When you come forward to share your story of solo motherhood, you show the world that we are none of those things. We are often well educated. We have careers and homes and cars. We have family and friends that love us and our children.

As a high-profile, successful Solo Mom, you show the world that we are powerful. We are strong. We are smart. We are fierce.

Now check your blazer for spit-up, then get out there and kick some ass.

We are rooting for you,