A Closer Look at Victim-Blaming 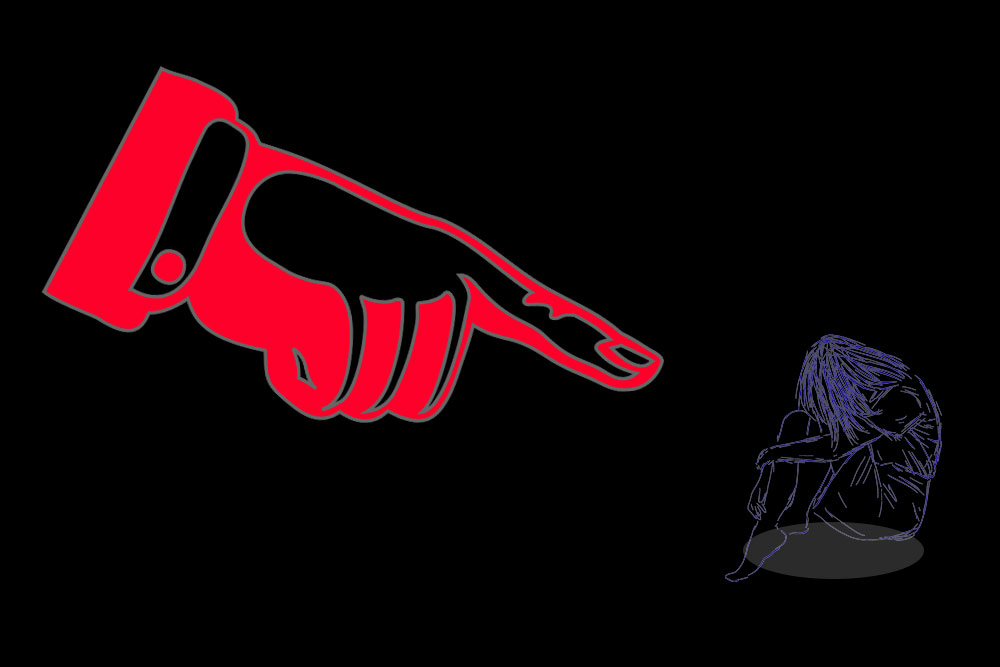 The necessity of true sympathy as a response to horrible events

“A woman’s issues of soul cannot be treated by carving her into a more acceptable form as defined by an unconscious culture, nor can she be bent into a more intellectually acceptable shape by those who claim to be the sole bearers of consciousness. No, that is what has already caused millions of women who began as strong and natural powers to become outsiders in their own cultures.”

Even the most empowered of us recognize that, as Solo Moms, systemic oppression affects us on a daily basis. Many of us have also experienced being targeted by a predator, narcissist, or sociopath, as the widespread #MeToo movement has revealed. Too often in our society, victims of violence and oppression are taught to blame themselves. This cultural phenomenon has a term: victim-blaming.

Inappropriate responses to a tragedy can range from flippant to downright arrogant. Melinda’s daughter was 13 when she was kidnapped, brutally raped, and hospitalized. The following week, a person from Melinda’s religious congregation sent her a card with the message, “God only gives us trials we can handle.” Melinda called this person and let her know that this was not a helpful sentiment, and that if that was all she had to say, she would prefer her to say nothing at all.

If a personal tragedy has resulted in your loved ones turning away from you rather than expressing outrage, or condescendingly telling you to look on the bright side rather than sharing in your sorrow, or arrogantly judging you as complicit somehow, please know that this is all victim-blaming behavior. Adding insult to injury, there are ramifications that compound the inherent stress of the situation: feelings of abandonment, unworthiness, confusion, and disorientation. Victim-blaming sentiments include the following:

To deal out such passive denials, a person may be blissfully oblivious, societally or dogmatically conditioned to be unsympathetic, or unable to understand basic logical reasoning and proven laws of physics. We see tragedies all around us. What is going to be helped by blaming or shaming the victims? Everyone gets a turn with personal tragedy in this life. There is no immunity. Turning away in passivity will only perpetuate the chronic problems until they are looked at.

There is no shortage of news stories addressing victim-blaming reactions to crimes against women. Robin Camp, an infamous former judge in Calgary, Alberta, who continually referred to a rape victim as “the accused,” fortunately resigned from his job after asking the victimized woman why she didn’t keep her knees together to prevent the rape, adding that “pain and sex sometimes go together.”

In a fabulously blunt TED Talk by Jackson Katz, titled “Violence against women—it’s a men’s issue,” he eloquently states:

“We talk about how many women were raped last year, not how many men raped women. We talk about how many girls in a school district were harassed last year, not about how many boys harassed girls. . . . So you can see how the use of the passive voice has a political effect. . . . Even the term ‘violence against women’ is problematic. It’s a passive construction; there’s no active agent in the sentence. It’s a bad thing that happens to women, but when you look at that term, ‘violence against women,’ nobody is doing it to them. It just happens to them. . . . Men aren’t even a part of it!”

What are appropriate responses to tragedy, grievance, and loss? Going back to the Golden Rule, which most of us hopefully learned in kindergarten, the best policy is always to treat others as you would wish to be treated in their particular situation. True sympathies can become powerful and filled with action:

At ESME, we are empowered when we find our tribes online, among other Solo Moms who simply get it. Together we are forming a protective yet inclusive circle of safety around one another and our children. We are raising new generations of empathetic, understanding, and intelligent little people. There’s no place for victim-blaming as we move forward, and we Solo Moms must stand strong against our own tendencies toward self-blame. Only by standing up to societal tendencies to blame and stereotype will our children inherit a society in which boys are empowered to show a full range of emotions and girls will have no reason to say “Me, too.”

If you are a Solo Mom who is feeling victimized or misunderstood, join our community of support and connection to find other moms who’ve walked in your shoes.

Sarah Sheen is a certified holistic health coach who resides in the Southwest. She previously completed studies in studio art and art history at the State University of New York at Purchase. Her passion is to integrate art and health, discovering custom, creative paths to wellness for herself and her community. She is also a Solo Mom to a very busy toddler. You can follow her on Twitter.