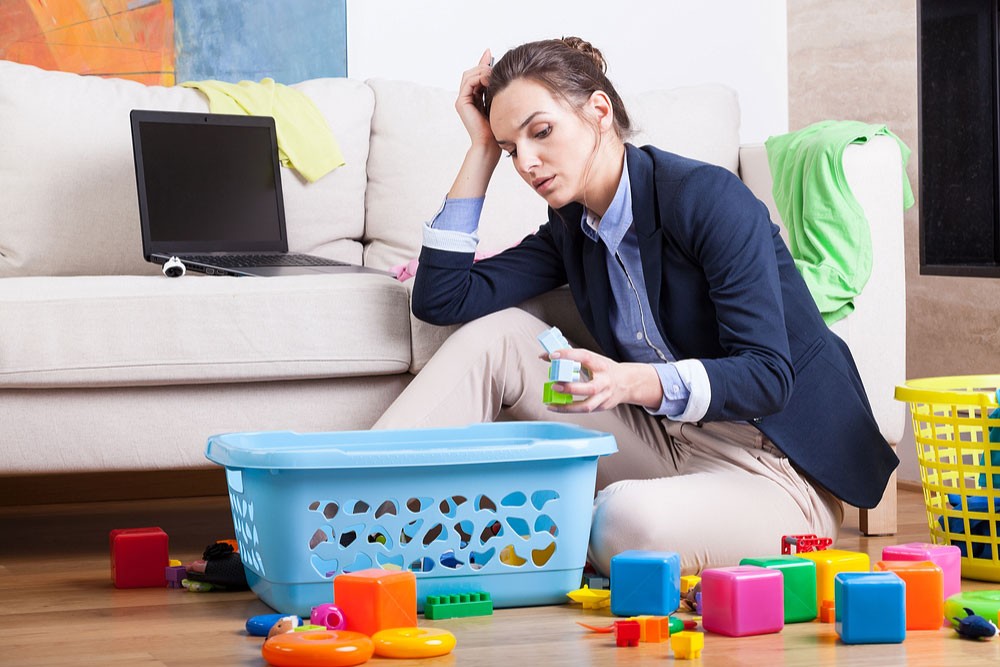 I’m going to tell you a story.

And I’m telling it to you only because I’ve been sleep deprived for about five years. I’m also overwhelmed and overcaffeinated. And I know you’ve been here, too—in the messy, infuriating, exhausting Solo Mom trenches.

This morning began in a fairly innocuous way, if you don’t count the fact that my oldest woke me up a few times complaining that his butt itched. After some crying and a warm bath at three in the morning (so fun!), he fell back asleep for the rest of the night. When I woke up in the morning, both kids were still nuzzled in their blankets, sleeping peacefully like little angels. I thought I might have time to make coffee and sit in silence for a few minutes. Of course, we all know how that turns out—cue irrational toddler meltdowns about pants and frozen waffles at seven in the morning, and no coffee for me.

I’ll fast-forward past the part where my oldest refused to eat anything for breakfast except for a plain tortilla. Or where my youngest demanded to wear his rain jacket, even though we live in the desert and there’s zero chance of rain. Or the part where I went through the coffee drive-through with the kids before school and ordered a coffee for me (duh) and a hot chocolate for them (OK, I was bribing them), but then remembered that I forgot to ask for soy. (My oldest is intolerant to dairy.) And I’ll fast-forward past the preschool drop-off and my son’s elaborate goodbye routine, which usually involves tears (from said supersensitive son) and looks of pity from the other parents.

By the end of preschool drop-off, it’s only 8:45 in the morning. But I don’t need to tell you, my fellow Solo Moms, that I feel like I’ve been awake for a zillion hours, and all I can think about is a nap—that or collapsing in one of those patio chaise lounges with a fizzy drink and superindulgent novel. Or spending the day binge-watching old Parenthood episodes and ugly crying. But alas, we Solo Moms don’t often get a break. There’s real life out there—bills to pay, kids to feed, work to do, coparents to communicate with—and we’re the only ones on call.

OK, I’ll cut to the good part. Upon pulling out of the school driveway, I felt a wave of nausea and a sharp dagger pain in my stomach. It was like I was on a sailboat in the middle of a choppy ocean with a knife stuck in my side. I groaned. My toddler kicked my headrest from behind me in his car seat and laughed. And then I literally said out loud, “Holy crap, I think I have food poisoning, and I’m going to puke!”

You know this already, but when you suddenly have to puke, and you have a toddler in tow, you abandon all hope of going about business as usual. My original plan for the morning involved going to Home Depot to replenish my tool supply—a plan inspired upon realizing that I don’t even own a freaking hammer anymore (thanks, divorce). I mean, all I wanted to do was hang up a picture frame, and I found myself hammering in a nail with a rock that I found in my backyard.

I called a Solo Mom friend and made a declaration that every Solo Mom should have a respectable toolbox, that I was going to get mine together tomorrow, and that I would be ready with my wit and eye daggers should any Home Depot man dare to call me “Little Lady” or patronize my knowledge of tools.

But although I was highly motivated, I did not anticipate food poisoning. And so, instead, I raced home in the car with the toddler, praying (and I do not pray) that I would make it to the bathroom before hurling.

Now here’s the part that illuminates how badass a Solo Mom can be, even in moments of complete and utter chaos.

I came barreling into the house and immediately collided with the side of the bathroom door, basically knocking myself out. And then I puked. And then—yes, there’s more, but I promise I’m almost done—I accidentally nudged a piece of the overhead vanity light, and it fell in slow motion, exploding into the tiniest razor-sharp shards all over the floor.

And you know what I did next, wonderful tribe of Solo Moms who know exactly what I’m talking about when I say this is bananas?

I closed the door to the bathroom so my toddler and dog and cat would not step on the glass shards. And I put my toddler in front of back-to-back episodes of Daniel Tiger’s Neighborhood. And I put frozen peas on the giant goose egg on my head. And I sat down on the floor and sobbed until I eventually started laughing.

Because this shit is hard. Because I’m the only one who takes care of me. Because sometimes that sucks. And because in the end, it’s me alone who will change the toddler’s poopy diaper and go grocery shopping and volunteer in the classroom and meet a giant work deadline and check the oil in the car and pay the electric bill. It’s me who will clean up the glass from the bathroom floor. It is me who will carry on.

Solo parenting is hard. Join our community of Sisters who are here to listen, laugh, and problem solve with you.