My Ex and I Met on Valentine’s Day 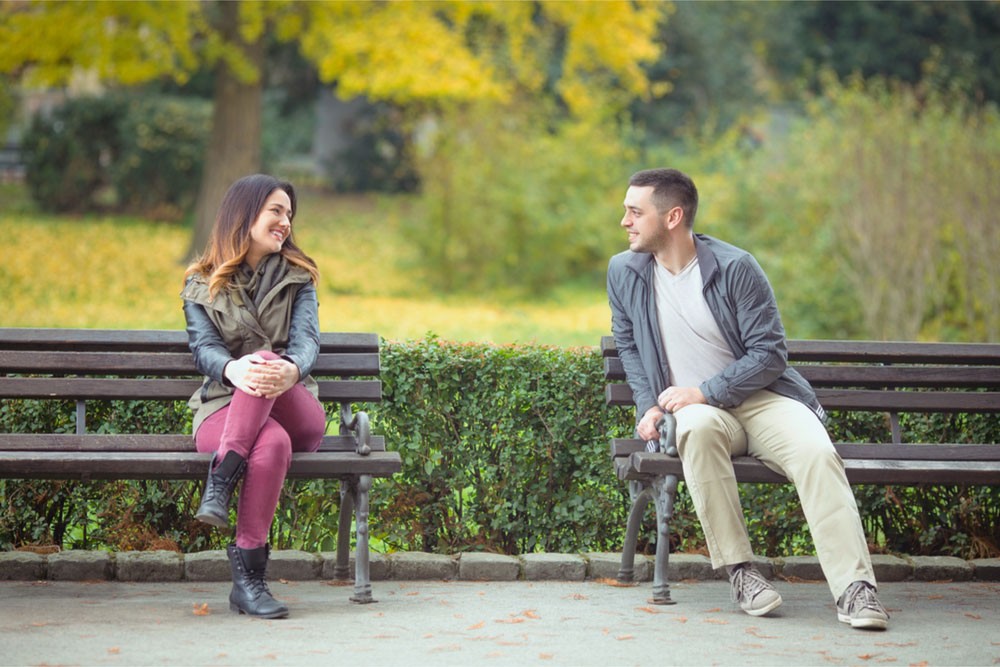 Pass the chocolate, and I will tell you a story of a nice young man

Is there anything worse than being a Solo Mom on Valentine’s Day? As a matter of fact, there is.

I met my ex-husband on Valentine’s Day. The year was 1996, and a week before Cupid’s favorite holiday I moved to Johannesburg, South Africa, to realize my dream of being a foreign correspondent. I was temporarily staying with a friend of a friend and needed to find a place of my own, so I spent the better part of my first days in the country touring cheap rentals. They were all pretty sketchy, and none fit my fantasy of living in a romantic cottage in exotic Africa. And then I found an actual cottage—what’s known as a “granny cottage”—on a large estate in the northern suburbs. It was perfect. It had one bedroom, one bath, an adorable kitchen, and a tiny living room with French doors that opened to the pièce de résistance: a small brick patio steps away from a pool.

I had found my new home! The only problem was that it was occupied. The landlady told me that “the nicest young man” lived there, and he was moving to a larger place to accommodate visiting family. He had already signed a lease on his new flat, and the landlady suggested he might be willing to move out of her place immediately so I could move in. Sounded simple enough.

The next day, I called the nice young man to set up a meeting. I could barely understand what he said through his thick Dutch accent, and when I learned he was an accountant, I imagined a total dork with nerdy glasses. I wasn’t thinking about the date when we made plans for a drink and only realized later that it was, indeed, February 14.

When he arrived to pick me up I nearly fell over. He wasn’t dorky at all; he was hot, really hot. I still couldn’t understand a thing he said, but I wasn’t really listening to his words. One drink turned into two, and then dinner, and then more drinks, then we decided to just order a bottle of whisky and make a night of it!

After 24 hours and one whopping hangover, I was still homeless. Despite our obvious attraction and my best flirting (OK, begging), the nice young man refused to move. He said he needed more time to prepare the flat for his family, and the day after our drunken negotiations, he left for a 10-day hike through the African bush. He wouldn’t budge on the moving question, but he did promise to call me when he returned.

Eventually, I did move into the romantic cottage, and the nice young man became a frequent visitor. A year and a half later, we were engaged. We were head over heals in love and relished telling people we met on Valentine’s Day, even though we both thought the holiday was for saps.

A year into our engagement, we still hadn’t made wedding plans. We toyed with the idea of renting out a game lodge, but our respective families complained that they couldn’t possibly fly to South Africa for our wedding. It was too expensive. What about the crime? Would the animals eat them? Why couldn’t we just have a wedding at the Four Seasons like normal people?

Fed up, we decided to get married at the Home Affairs office (the equivalent of getting married in court) and be done with it. One day we were driving home from some shopping, and my nice young man suggested we stop in at Home Affairs and make the appointment. Fine, I said, but when do you want to marry?

“On February 24th, your birthday,” he replied.

How romantic! My love chose the day of my birth as the day we would join our lives. Now we could tell people that we met on Valentine’s Day and married on my birthday. Surely we were the mushiest, corniest couple on the planet.

The last time I was with my husband on our anniversary and my birthday was in 2012. He lived in Manhattan during the week for work, and the children and I had driven down from New England to spend the weekend. We arrived before he got home, and I filled the studio with flowers and wine, made pasta, and waited. He came home from work empty-handed. No birthday gift. No anniversary gift. No flowers. We argued the entire weekend, and I drove home with my two children in tears.

Nine months later, he left me for another woman. Apparently, they met the previous February. Ironic, isn’t it?

Ignoring Valentine’s Day is not difficult because I never put much stock in a holiday designed by corporations to sell cards and chocolate. Ignoring my birthday is another matter. The older I get, the more I cherish the fact that I’m still here. The day of one’s birth is a marker of time passing, of achievements accomplished, and obstacles overcome; and it’s a chance to look toward the future. Instead, when my birthday rolls around, I often find myself looking back on the past or trying to ignore it altogether.

I’m slowly reclaiming my birthday as MY day and trying to focus on the benefits of age, such as wisdom. Two things I’ve learned: never get married on your birthday, and beware of nice young men.