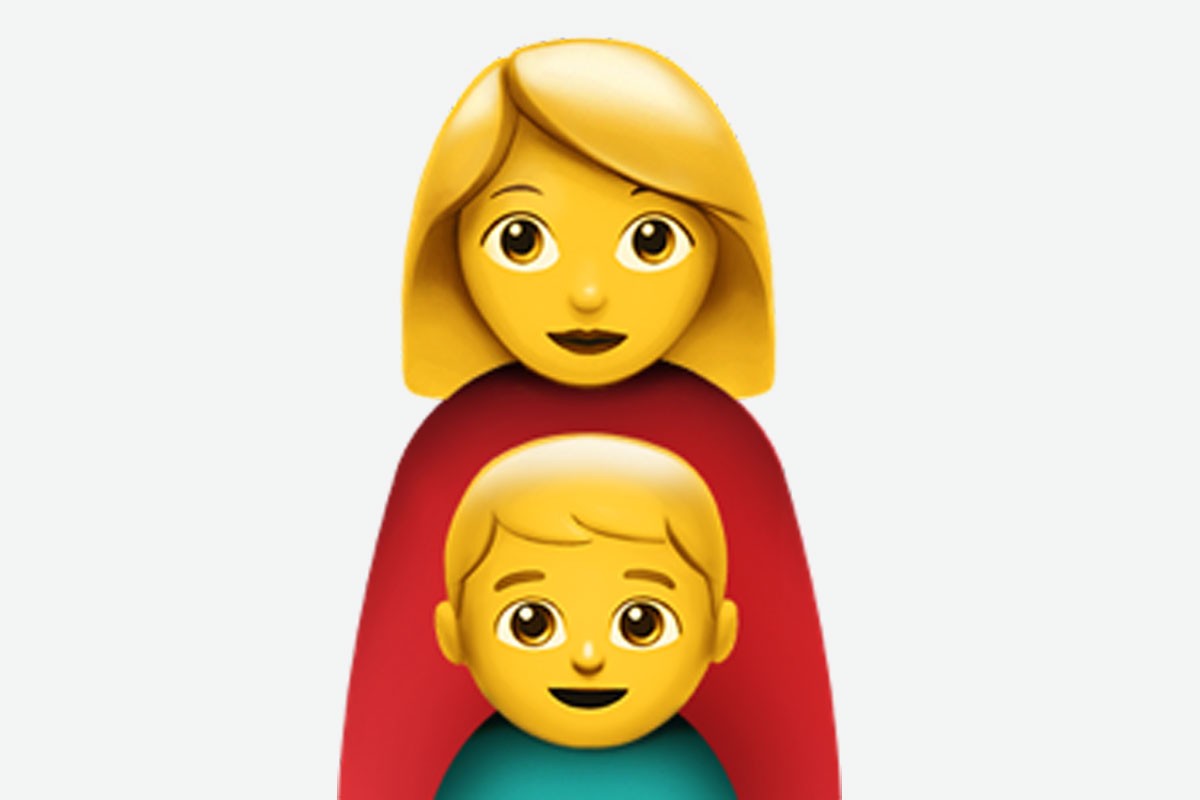 One of the world’s most valuable brands recently caught the attention of journalists, sociologists, and pundits at large with the release of new emojis customized for solo parents. As a result, when users of Apple devices want to text an emoji to someone, they can choose one that celebrates a Solo Mom or dad. Representing solo parents with emojis is more than an expansion of Apple’s emoji library—it’s a sign of how mainstream Solo Moms are and how much clout they are getting.

Emojis are important to Apple. They are central to Apple’s expansion of Apple Messenger, Apple’s instant-messaging platform for texting. An expanded emoji library was one of the key rollouts Apple announced at its annual Worldwide Developers Conference last June. Apple senses how mobile messaging has exploded on platforms ranging from Facebook to Snapchat. And Apple understands that people increasingly communicate visually, including how we text. Spicing up messages with colorful, vibrant emojis is one way people are making traditional texts as passé as faxes. So when Apple announced a commitment to expanding its emoji library in June, the company was making a very strategic move.

Throughout 2016, Apple rolled out a cornucopia of emojis, thus expanding its vocabulary to support how people communicate via text now, whether we’re sharing emojis of unicorns, hearts, or bicyclists. Being represented with an emoji is a big deal. It means Apple understands that a topic is important to its users—which is why including solo-parent emojis matters.

At first, Apple focused on launching a plethora of fairly prosaic but amusing emojis, such as dancing people, face palms, and a lot of animals. But on August 1, Apple announced the launch of expanded emojis “to ensure that popular emoji characters reflect the diversity of people everywhere.” The new emojis included rainbow flags, female weight lifters, and solo parents. On December 12, Apple expanded its emoji choices even further to reflect diversity in society, including female astronauts, mechanics, and pilots, among other professions. The solo-parent emojis come in a variety of forms, including depictions of Solo Moms with one child and Solo Moms with multiple children. When you want to send someone a message on an Apple device, sharing Solo Mom pride is easy: you just click on the Solo Mom emoji of your choice and send.

People quickly started using the new emojis and commenting on them through a widespread, spontaneous celebration that represented social media on its best day. For instance, Solo Moms and children of Solo Moms took to Twitter to express their approval. Twitter user @Arleneeee_ tweeted, “Im so happy to see these emojis because my mother was a single parent and she deserves an Emoji.”

Im so happy to see these emojis because my mother was a single parent and she deserve an Emoji ❤️❤️ pic.twitter.com/EAuzLHZoKU
— Stormborn (@Arleneeee__) September 15, 2016

Twitter user @alyssahuggard wrote, “I’m honestly really happy about [this] emoji because my mom is a BAD ASS single parent!!!! She works harder than anyone I know.”

Journalists also noticed the change. Lily Feinn of Bustle.com wrote, “For years people have been calling for single-parent households to take their rightful place in the pictographic language. In an effort to diversify the family options, Apple is releasing single-parent emoji options in the new update. These emojis will represent a common family structure—according to a study by the Pew Research Center, 34% of children were living with a single parent in 2013, and fewer than half of kids in the U.S. live in ‘traditional’ families . . . The more inclusion, the better.”

Feinn was not the only journalist to shine a spotlight on the rise of solo parents, including Solo Moms. The launch also attracted coverage in outlets ranging from NBC to the Huffington Post.

Meanwhile, a company run by moms, EmojiMom, has launched a series of emojis that represent what it means to be a mother. For $1.99, users can purchase emojis that depict the range of situations all moms experience, such as being pregnant, dealing with a bawling baby, and changing a diaper. (Apple launched an emoji of a pregnant woman on December 12, but as of this writing lacks the breadth of motherhood emojis available from EmojiMom.) 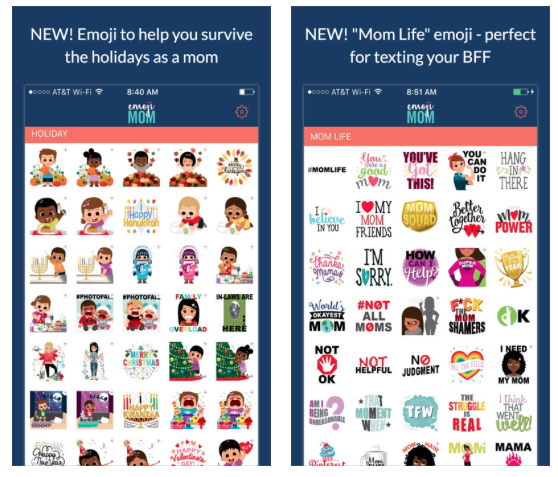 The emojis include supportive messages that are perfect for all moms, but especially Solo Moms, including “You’ve Got This,” and “You Can Do It.” These emojis are all about context: they take on more importance when you’re in the middle of a long day, you’re short on time, and you need to reach out to someone. Solo Moms, you’ve no doubt been there.

As Sarah Robinson of EmojiMom told the Huffington Post, “We want to help pregnant women and moms connect with one another about that stuff. After all, when you’re a new mom, texting is more than just fun—it’s often your lifeline.”

Apple’s new emojis, while being more representative, still leave room for improvement: for instance, the solo-parent emojis do not provide options to represent people of color, and the family sizes depicted are capped at two children. But it’s only a matter of time before Apple provides more official choices for free use among all its customers. No doubt Apple will be watching the uptake of third-party emojis such as EmojiMom very closely to see which emojis are catching on with customers who want even more variety with which to express their lives. Stay tuned for more updates from Apple.