My Dad's Response When I Was Being Abused 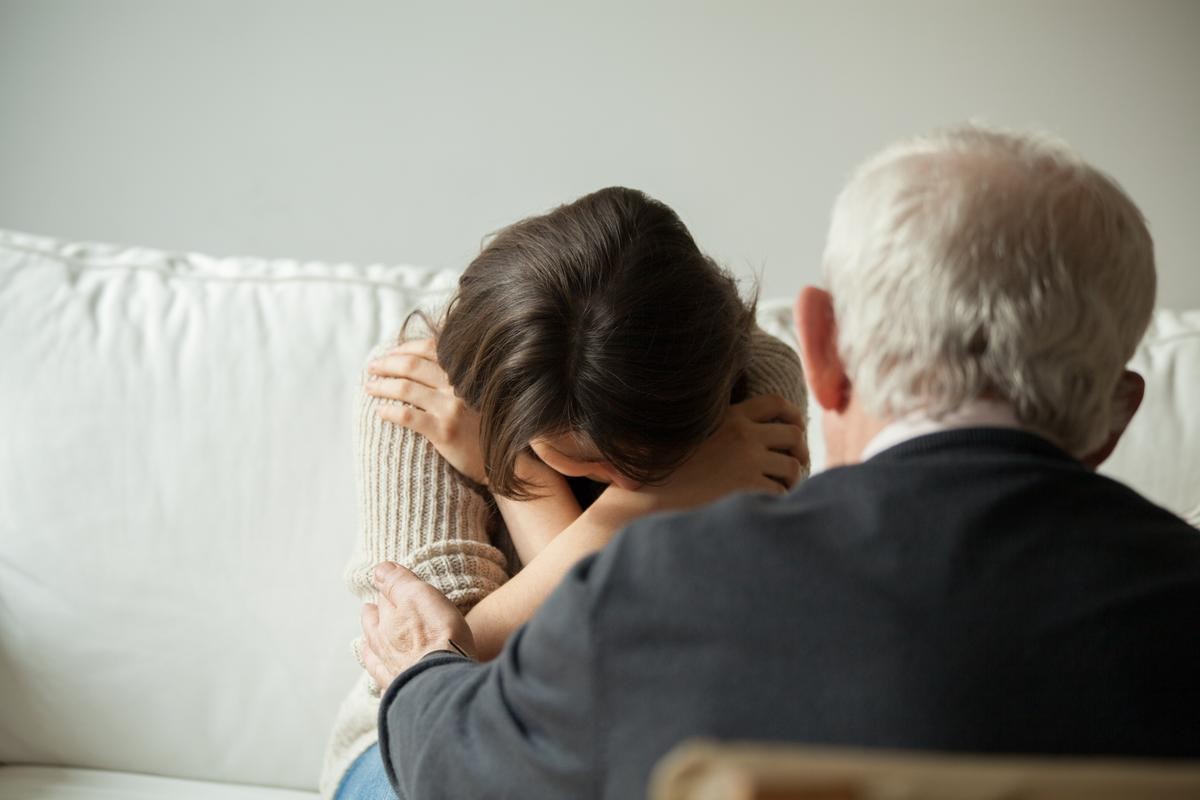 The importance of offering support, help, and a listening ear

It took me asking my dad to write a declaration in support of my order for protection for him to tell me how worried he’d been. Before that, I hadn’t known.

“Can you just talk it out, and I’ll take notes?” I asked. “I can type it up and give you a copy to approve and sign, if that works.”

He nodded. We sat at his kitchen table that night, after I’d put my then eight-month-old daughter, Mia, to bed.

“Were there any times you noticed that something might be going on?” I asked.

Dad kept his eyes on what I was writing and spoke about me in the third person, like he would if he’d been writing it. He never said the word “you” or looked me in the eye. Now that my daughter is almost eight-and-a-half years old, I understand why he distanced himself from what he was saying. At the time, I thought he didn’t want to get involved. I thought maybe he didn’t think Jesse had been abusing me or that I shouldn’t be trying to prove that he was in open court.

“It was at that Christmas visit that I noticed a change had taken place in Stephanie,” he said. I asked him what he meant. “Her posture was meek, and she didn’t talk much. Before I’d thought she was tired, but it seemed like she was hesitant to speak up or talk at all.”

I thought back to that time. We’d come to their house for Christmas Eve, staying with them for a night. On Christmas morning, Jesse had gotten out of bed to smoke a cigarette before anyone in the house had woken up, and I told him to be quiet. He’d turned to me and made a stereotypically Italian gesture with his right hand and said, “Fuck you.” His lips curled back, and his face turned red momentarily. It was our daughter’s first Christmas morning.

Those things my dad said were the first I’d heard he’d noticed anything was going on or that he even worried or suspected trouble. I can only imagine how helpless he felt. He wasn’t in a position to help me financially, but he did eventually step in physically, driving up in his big truck to move my stuff into a storage unit he’d rented for me.

I’d been through the wringer several times with Jesse by then, before things completely crashed and I left. He’d done horrible things to me, and I not only forgave him but also required my family to as well. We had dinners together and went to family gatherings where everyone was supposed to forget the times I’d called trying to talk between heaving sobs, scared of what Jesse was doing or where he’d gone or what he’d do next.

Dad never acted judgmental about how I’d done things and never spoke up about what he saw. I’m not sure I would have listened if he had. He was, at that time, a quiet sense of support that I needed to depend on to get me out. I needed to know that all I had to do was say the word and a 5’10”, 200-pound man would come stand behind me and back me up.

The idea of my daughters growing up to follow my footsteps in bad relationships seems unimaginable. I can’t think of what urges to protect I would have to quell. It’d be impossible to keep conversations light, funny, and short. I’d have to wait for her to come to me to talk, and I’d have to only listen with an empathetic ear.

What’s important in these conversations is to ask questions that might encourage her to gain your trust while allowing words to come out of herself that she might need to hear. It’s unlikely she’ll listen to advice or observations, especially since her abuser is probably pitting a convincing campaign against you and might even prohibit her from talking to you. She needs to realize how dire her situation has become in her own time.

But always tell her you’re there for her if she needs you and to never feel like she’s imposing. One thing my parents did give me was a place to run to, and I did several times. They fed me, offered to play with the baby so I could sleep or take a shower, and accepted my quiet presence without pressuring me to talk.

As a Solo Mom who has been single for several years, I worry that I’m not leading by example in teaching my daughters what a healthy relationship looks like. The only thing I can do is teach them that a friend is not mean to you and open their eyes to the sneakiness of underlying manipulations. I hope, when they start dating, that if their chosen partner makes them feel bad about themselves, they will have the strength to walk away. I hope they will have the self-love to do that. And, if not, they will know that no matter what, I have their back and will always have my phone nearby and a seat at the kitchen table open and waiting.

If you are in an abusive relationship, get the support you need to get out. Our Domestic Violence Resource section has links and informative articles to help you start getting the help you deserve.