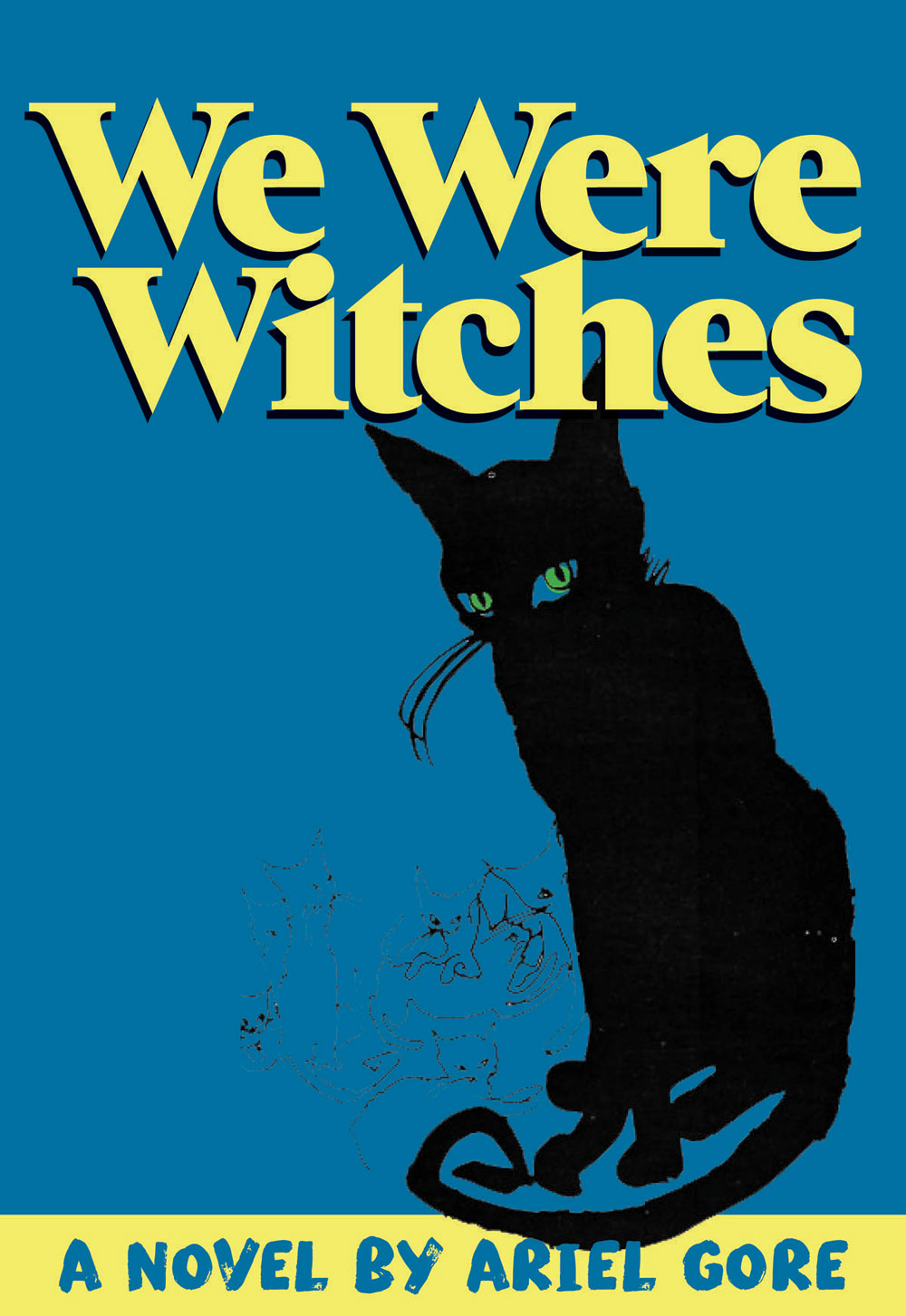 A review of Ariel Gore’s We Were Witches

I love this book.

As person trained in literary criticism, I know better than to begin a book review this way. But as a mom who parented solo for years, I know Solo Moms don’t have time to read book reviews. So, here’s the short version:

On a scale of zero to five “loves,” I give Ariel Gore’s novel We Were Witches a six.

If that’s all you have time to read, go ahead and click over to your local library’s or bookseller’s website, or your e-reader’s app, and order it now.

If you’ve got another moment, I’ll give you three reasons why you should grab a copy, fast.

Ariel Gore is an icon. As a young Solo Mom and college student scraping to make ends meet, Gore founded Hip Mama, “the original alternative parenting magazine,” in 1993. Since then, Gore has graced the Solo Mom tribe with all kinds of books—from real-talk parenting guides to no-holds-barred memoirs to thought-provoking nonfiction to this new novel, We Were Witches.

If you know anything about Gore, you’ll notice this story sounds a lot like her real life, beginning with the main character’s name, Ariel, and her circumstances. After becoming a mom at age 19, in the early 1990s, with zero support from the baby’s father or her parents, fictional Ariel struggles to overcome internal and external obstacles to pursue her dream of becoming a writer and—more important—an empowered, independent, self-determined woman. First stop: college.

Reason 2: Your soul will thank you

We Were Witches places fictional Ariel in the center of overlapping rings of shame: shame left over from childhood, present-day shaming by her family of origin, the shaming mechanisms of domestic violence, shame in the form of family court, the constant stream of Solo Mom shaming spewed by politicians and pundits in the early 1990s, shame over her financial situation. In one of the equally poetic and heartbreaking lists she peppers throughout the book, Gore writes:

Things the world has taught me to feel ashamed of:

1. Being born a female body.

2. My sexuality—the whole of it.

Things I have in fact felt ashamed of:

1. All items listed above.

3. Also, success when it draws too much attention.

Before you decide, Nope, that’s too much shame for me; I’m not reading it, let me tell you this: though she wrestles with shame—a struggle depicted in her self-doubt and the occasional practice of putting a cigarette out on her wrist—Ariel is never helpless against it. She’s never lost in it. In fact, she’s perpetually pulling herself up, brushing herself off, and clawing forward, often guided by her own inner wisdom and with the help of role models. These include both people she meets—her professors, a Solo Mom neighbor, the writer Mary Tall Mountain, a couple of mysterious witchy characters—and the books she reads.

This is one of my favorite mechanisms in the novel. Fictional Ariel combines studying and parenting by reading her feminist-theory textbooks to her toddler daughter as bedtime stories. This not only is a relatable example of ingenious Solo Mom multitasking but also enables Gore to knit into We Were Witches the words of groundbreaking feminist thinkers, such as Adrienne Rich, bell hooks, Audre Lorde, Judith Butler, Diane di Prima, Kathy Acker, and one of my all-time favorites, Gloria E. Anzaldúa, who says about shame:

“The struggle has always been inner and is played out in outer terrains. Awareness of our situation must come before inner changes, which in turn come before changes in society. Nothing happens in the ‘real’ world unless it first happens in the images in our heads.”

Ariel reads this to her baby, Maia, while they were living temporarily in a walk-in closet in a friend’s apartment. The passage closes, “I whispered to her from Gloria Anzaldúa, ‘I will not be shamed again. Nor will I shame myself.’” From this Ariel concludes, “I needed new images in my head.”

As the book progresses, point by point Gore matches moments of shame with their antidotes, and Ariel emerges from those moments with the new images she needs.

The other day, on a walk with a book-loving friend, I confessed, “I don’t read much fiction. I read poetry, I’m a memoir junky, and I read nonfiction to learn. But fiction? I just don’t have time for it.” When she pressed me further, I explained, “Fiction is like music for me—if it has complex sound, interesting lyrics, and original insights, I’ll fall in love with it. But how often does that happen? You might get a good plot, but the writing’s not artful. Or you get artful writing, but the plot is meh. Or maybe you get plot and artful writing, but there’s no depth to it—no nuanced or thought-provoking themes. I need all three.”

We Were Witches has all three. Gore masterfully braids together elements of poetry, nonfiction, and fiction. One moment she’s describing a scene in granular visual detail, the next she’s leading her main character toward a subtle though powerful insight. Her narrative integrates elements of magical realism seamlessly, in the same way daydreams appear in our regular lives. As fictional Ariel reenvisions the images in her mind, Gore reenvisions fairy tales and the very nature of the traditional narrative arc. You won’t find a character struggling toward a pinnacle realization then living happily ever after. You’ll find a young woman meeting multilayered challenges, over and over again, learning and transforming along the way.

In the end, We Were Witches is compelling and alarming and sexy and hopeful and aggravating and terrifying and complicated and confident and uncertain and beautiful—just like life.

Have you read a great book about or by a Solo Mom? We’d love to hear about it!