The Madonna of Main Street 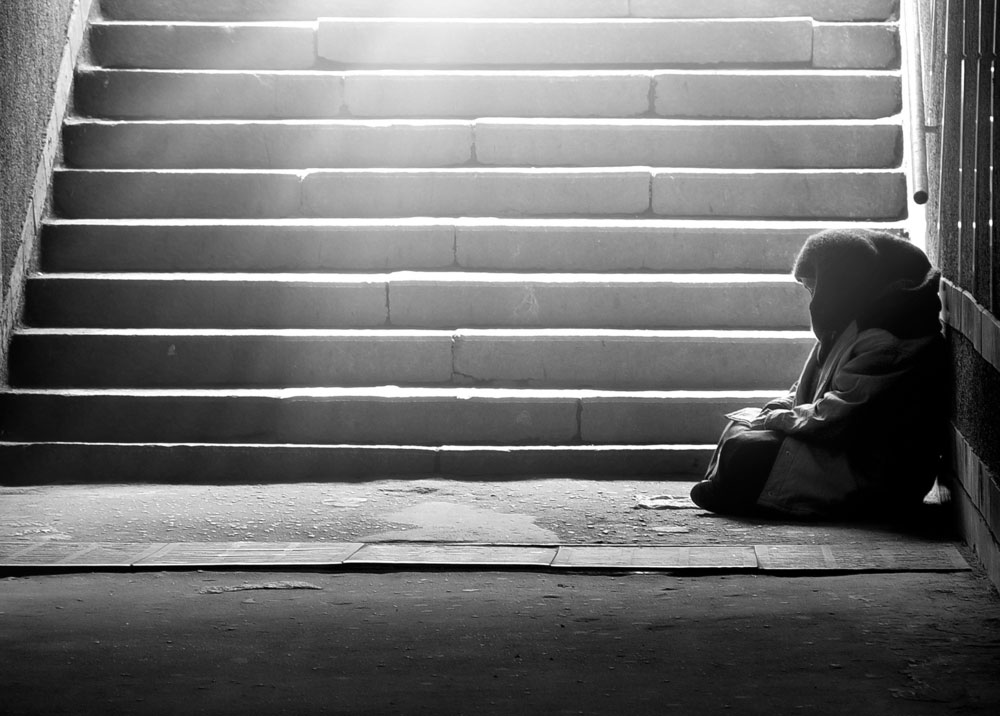 The Madonna of Main Street

The first time I saw her was just before Christmas. It had been an unusually warm December, and the street people were out in droves along Main Street. There was the tone-deaf guy with the guitar, and a young man speaking in tongues—or maybe it was Portuguese—on the stoop in front of the bakery. The fat guy with the Spare some change for a cup of coffee sign was in his usual spot in front of Faces.

Main Street, Northampton, is one of the priciest blocks of real estate in the country. There are no national chains, no discount stores, no mall-type eateries. This is a town that caters to cashmere-clad Smithies and their upscale families who saunter into the one-of-a-kind boutiques to purchase stylish alpaca shawls made in Peru and handcrafted jewelry made by local artisans, and then stop in the Teapot for green tea and sushi. You won’t find a flannel shirt or a pair of cheap rubber boots among them. That’s for my neck of the woods. Northampton is a town renowned for its snobbery, elitism, and doctored heroin—the drug of choice among the youth who flock to its sidewalks because they’ve heard “Noho” is a hip place to be.

I avoid Northampton, except at Christmas. It’s preferable to the mall, and my family appreciates hand-dipped chocolates and artsy, studenty things. So, I paid a visit to Faces, did my shopping, came out, and gave the fat guy a dollar. “I don’t care what you spend it on,” I said, referring to the sign.

Then I crossed the street to Thornes to pick out a pair of gloves for my daughter, slaloming through the crowd gathered in front of the snack bar where svelte women were ordering organic carrot cake, goat cheese focaccia, and herbal tea. The air was redolent with cinnamon and wealth.

Gloves now purchased, my shopping was half over. But Northampton was already beginning to grate on my nerves, so I decided to cut the day short and make a final stop at Sweeties, where I would buy the chocolate-covered gummy worms my daughter adored. Along the way, I gave out dollar bills to the guitar strummers, the bench sitters, the spirit talkers, and the just plain down-and-out. Since my mother died, I keep extra singles in my purse for that purpose. The panhandlers almost always say, “God bless you.” I am an atheist, so God probably isn’t going to bestow any blessings on me. Nevertheless, I graciously accept the sentiment—out of politeness.

It was when I passed the art supplies store that I saw her. She was sitting not on a bench or a doorstep—like all the others—but directly on the sidewalk. She sat cross-legged, her head wrapped in an orange scarf, her arms folded across her round stomach. Her eyes were closed behind rectangular black-rimmed glasses, and her round face was peaceful. She looked for all the world like an African Buddha. Beside her was a crude cardboard sign with the words I’m pregnant and homeless scrawled in messy ballpoint cursive. She didn’t have the haggard look of an addict. In fact, she looked perfectly healthy. She didn’t even appear as if she wanted anything from the passersby, all of whom were ignoring her. She was definitely not the usual fare in street people.

There was no can to drop the dollar into, and in fact I couldn’t even be sure that she was panhandling, but I leaned over and held the dollar near her folded hands. “Here,” I said.

She opened her eyes and gazed at me as if coming out of a trance. She didn’t say a word. She just held the dollar, not looking at it, making no attempt to put it in the pocket of her coat. It was perplexing. Was she deaf, perhaps? Or maybe she didn’t speak English. The scarf that was wrapped so tightly about her head was not the usual garb for American women.

After I’d finished shopping at Sweeties—where I was trapped in line behind someone wanting to know if the chocolate was sustainable—I noticed that she was still there.

I dug a five out of my purse and leaned down. “Take some more,” I said. Once again, she came out of her trance and simply held the note. “You should not be on the street,” I said. It was a generic statement. I meant, What kind of society allows a pregnant woman to sit on the street? You should be at home, sheltered, cared for.

It was only then that she raised her head to look up at me. Her face held absolutely no expression, as if she herself was unaware that she was sitting on the street.

That face haunted me. I saw it floating on the edge of my vision all that day and the next. I called my daughter and described the young woman.

“She may have been kicked out by her family.” My daughter worked at St. Joseph’s, a Catholic charity for homeless people in San Francisco. Many of the pregnant women she worked with had been thrown out of their family homes or tossed onto the street by boyfriends who did not want the responsibility of a child.

There was a number, my daughter informed me. When she arrived, she would call, then and there, if we saw the young woman on the street again. And if she had family, we would put her on a bus home. My daughter was infinitely practical and knew how to get things done for people in need. She didn’t waste time on pity.

My daughter came, and we made the obligatory trip to Northampton, but there was no pregnant woman on the street. It was cold that day, and drizzling. I hoped she was keeping warm, somewhere.

The months passed, and having no reason to, I didn’t make the trip into town. But when tax season arrived, I took my slew of papers to my accountant. He scratched his head when he looked at the statement from the trust. “Are you a trustee?” he asked.

I shrugged. “I don’t know. I understand none of this.”

He continued to shuffle through my papers, a puzzled expression on his face. “You’re renting? You could buy a house, you know.”

I shook my head.

He looked at me expectantly, waiting for me to say something that would explain my strange attitude.

“I’ve lived at poverty level most of my adult life,” I said. “I have no needs, and there is nothing I want. The only reason I have this money is that my parents are dead.”

I made no reply. What was the point in telling him that my parents had secretly hoarded millions but hadn’t seen fit to help their only daughter, who was forced to raise two children in poverty, scrounging off the begrudging generosity of the State? And who had cut me off when I was barely 18 with a curt, “You’re on your own”? And from whom I had never asked for a cent from that day forward?

When I left the office, I glanced up the street, and there she was.

I walked up to her and squatted down.

“Do you have family?” I asked. She gazed at me with that same impassive expression.

“Is there anyone who can look after you?”

She opened her mouth, and began to speak, it appeared with some difficulty. Her voice was so soft I could barely hear her above the traffic. “I left home when I was 17,” she said. “It was my choice.”

“My choice,” she repeated. “I made the decision to live on my own.”

“Do you have somewhere to go?” I said. “When the baby comes?”

“I have the CSO [a behavioral health organization], and I am taking good care of myself,” she said. “I am eating properly.” There was something about the way she spoke that was familiar. She was reciting. People had quizzed her before, and she had all her answers prepared in advance. I wanted to tell her it wasn’t necessary. I was not there to judge her. She could be a drug addict, for all I cared. But instead I opened my purse and took out my wallet.

“Take it all,” I said. And I handed her everything I had.

She held the thick wad of cash in her hands, her face transcendent in its indifference, as it always had been.

And to my surprise and utter horror, I began to weep.