Single Mom J.K. Rowling Found Time to Write—So Can You! 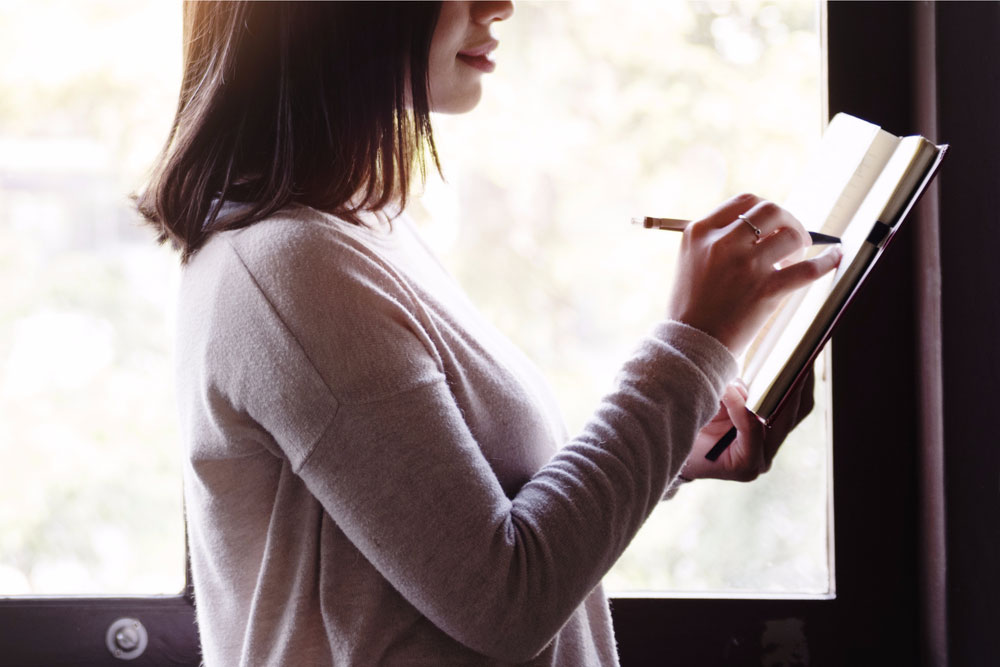 Tips and inspiration for writing

When author J.K. Rowling began writing the Harry Potter series, she was a Solo Mom living on welfare. After her marriage of 20 years eroded into divorce, she found herself a new mother taking odd jobs at a local college. She writes that she was stigmatized at church and at work, referred to as “The Unmarried Mother.” Today, Rowling is a household name, and the Harry Potter world she created as a single mother has been turned into films and a theme park, and it has captured the imaginations of children and adults all over the world.

Rowling has faced some extraordinarily tough moments as a Solo Mom. “I am prouder of my years as a single mother than of any other part of my life,” she shares in an article on the website Gingerbread, a charity for single-parent families based in England. And I’m going to assume that we’ve all had those moments—whether they’re related to parenting teenagers, coparenting with an abusive ex, applying for welfare, or dating for the first time postdivorce. I know I have—I wrote recently about a personal experience (involving food poisoning while parenting a toddler) that I think may have aged me about five years in a single morning.

In all honesty, there are at least a few times each week when I wonder, What the heck am I doing? Will I actually survive being a Solo Mom?

And in those moments, I’m grateful for words, for the potential of the blank page, for the power of the pen. Because here’s the thing: writing is free therapy. It unlocks self-confidence, it helps us articulate our emotions, and for many of us, it simply makes us happy. But during those tough Solo Mom moments, it can be hard to find time or inspiration to write. So how do we do it? Here are some tips to help unearth your inner J.K. Rowling, from one Solo Mom writer to another.

At the beginning of the week, take 30 minutes to set goals for life, work, and writing. Ultimately, whether you’re working by day on a contracted novel or scrawling in your journal in those dark hours after your children are asleep, it’s important to keep writing. Baby steps are fine, but keeping the writing momentum going is critical. And I find tangible goal setting to be essential in keeping myself on track.

For example, this morning I felt incredibly overwhelmed. It’s school registration season and tax season, and it’s also apparently time for my narcissistic ex to revert to “chaos mode,” which inevitably spills over onto me. For a moment, I felt the beginning of a panic attack. I could not figure out what to do first or how to prioritize the zillion things I need to accomplish.

In such moments of life triage, it would be easy to put my writing on the back burner. But when I make my to-do list (which I keep in a Google Doc on my computer), I keep a column for writing. I list all the pieces I have in progress, and I make small, doable goals for tackling them throughout the week.

My 30-minute planning sessions are essential to my productivity. It’s like meeting with my inner life coach or something. By the end, I feel more centered, like I have some semblance of a plan, and I know that my writing won’t be ignored in the chaos.

Journaling can produce some serious gems. I’ve kept journals for as long as I can remember, but now I depend on journaling in a different way. I often don’t have anyone to vent to, and yet there is so much to vent about as a Solo Mom. So I vent to my journal. I vent about having to clean the fish bowl or about how my children won’t eat their dinners but are suddenly hungry right before bedtime or about how exhausted I am or about what a jerk my ex is. During moments of intense frustration, sometimes I open my journal and simply write expletives across an entire page because—let’s face it—sometimes we just need to curse and rage, but we can’t do it in front of our children. For me, journaling feels safe and private, and no one is judging me.

But I also freewrite in my journal, in which I write around a specific prompt or idea, without stopping, for a set period of time. And although I’ve generated thousands of words during my freewriting sessions that will never see the light of day, some of my most precious writing gems have come from freewriting. I recently found this blog, which suggests creating a journal jar filled with daily writing prompts. I love the intention behind this, and I love the idea of practicing writing on a daily basis.

Try writing fiction for complete and total escapism. If you’ve never given yourself the gift of writing fiction, I encourage you to try it. Fiction writing is so incredibly therapeutic—from the creation of compelling characters to writing believable dialogue to finding a good plotline to imagining the physical landscape of a story.

I’ve been writing fiction since I was a child, and I’ve written characters that seem so real to me that I think about them as though they’re friends. Over the years, I’ve written them into many stories, and I’ve often given them challenges that mirror what I’m experiencing in my own life relating to marriage, divorce, childbirth, parenting—you name it. But I’ve also written characters and scenes that have absolutely nothing to do with my life, and I have loved this as an act of escapism. Sometimes I feel so tired of my life, tired of the drama, tired of the constance of mothering. And in those moments, fiction is a great rescuer. I might create a scene at the beach or freewrite about some bizarre sci-fi world. Or I might let myself imagine the most peaceful place I can think of and write a character who is simply feeling the breeze on her face or falling into a deep sleep.

Write letters. Sometimes it’s easier to pretend I’m writing a letter than to start working on a new piece. Putting someone’s name at the top of the page and directing my writing toward him or her can be helpful in overcoming writer’s block or letting go of distracting feelings that are keeping me from what I really need to write. Sometimes I write letters to loved ones or good friends who have moved away. Or I write love letters of hope and intention to my children, in which I gush about all the things I’ve noticed as they’ve grown, all those tiny moments that have floored me and made me proud to be a mother.

But sometimes I also write angry letters. Writing an angry letter can be an incredibly helpful way to express my emotions, even if I end up not actually sending it. When I was getting divorced, I often wrote letters to my ex-husband. I knew he couldn’t hear me and that he would not understand or care about my emotions. But to keep my emotions from festering, I would write late into the night, and then, instead of sending it to my ex, I would simply send the letter to myself. Although it was the process of writing the letter that was the most important thing, some of those letters morphed into essays or stories of their own.