Sex and the Solo Mom: “Nookietown” 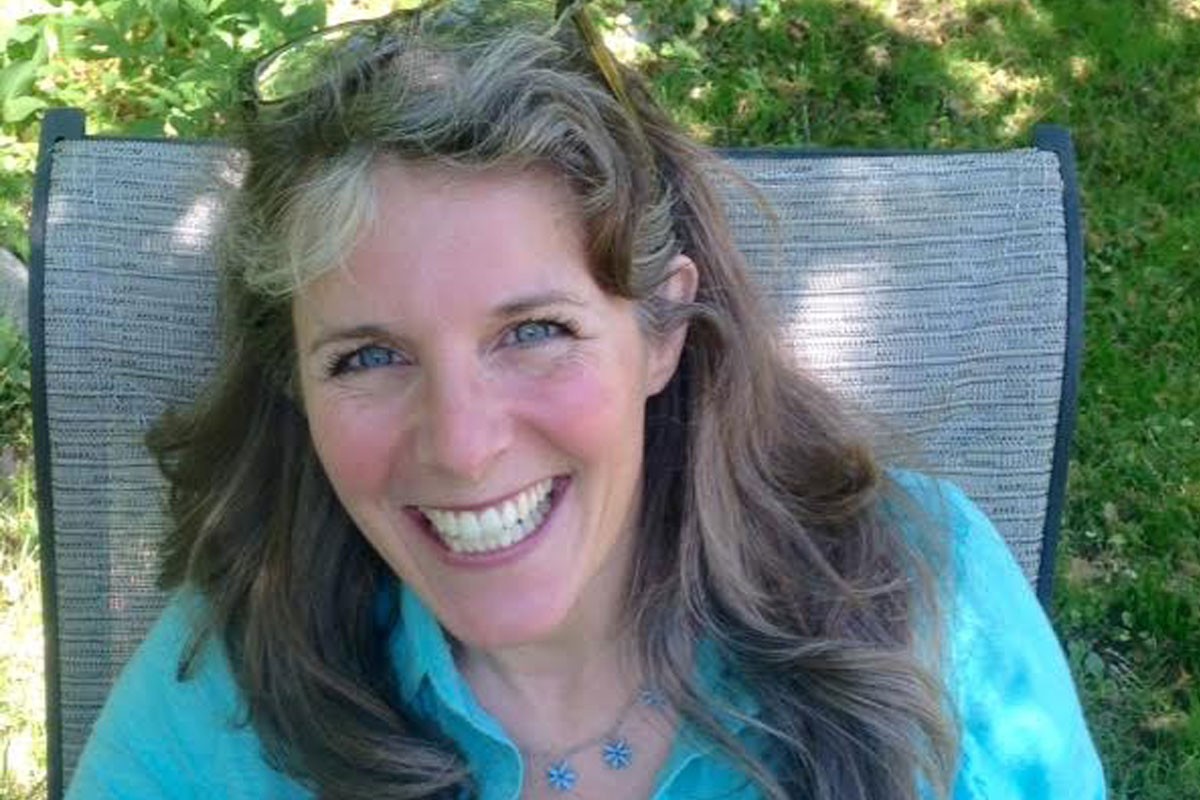 Solo Mom V.C. Chickering’s sexy novel will crack you up

V.C. Chickering puts on a great show. In a library basement one evening this spring, she read from and spoke about her debut novel, Nookietown (St. Martin’s Griffin, 2016), in which a Solo Mom named Lucy, lonely and craving physical connection, cooks up a scheme with one of her married friends and becomes entangled in an underground bartering system where married women subcontract divorced friends (or friends of friends) to sleep with their husbands. The idea seems good at the time—busy single mothers sleeping with preapproved men who expect nothing from them but sex, and married moms relieved of the pressure to perform for husbands they’re too tired to sleep with but not having to worry about cheating or sexually transmitted diseases. Needless to say, crisis ensues in both comedic and emotionally provocative ways. “It’s a book about funny, smart people making some terrible choices,” says Chickering, in her irreverent, knowing voice, and what she says seems to resonate with her audience of mostly women, who are rapt. When someone asks how she did research for the book, for which she wrote the first draft in 30 days while her son was at summer camp, Chickering deadpans, “First, I had to remember sex.” She also read a pile of erotica, which were, she proclaimed, useful for learning how to pace a sex scene but humorless.

Before writing her novel, Chickering spent years writing and producing on-air promos for television networks such as MTV, Comedy Central, and Lifetime. She interviewed celebrities such as Amy Poehler and Joan Jett for Bust magazine and also wrote articles for magazines such as Cosmopolitan, a couple of screenplays, and a newspaper column. She has produced music videos, plays, and a documentary film about Manhattan’s alternative comedy scene. She currently writes songs and sings in a band, Tori Erstwhile & The Montys. Nookietown, published in February 2016, was optioned for television by Warner Brothers.

ESME’s Gina Zucker sat down to talk with Chickering about writing, solo motherhood, and the role of humor in her life.

Q: Tell us the story of how you got the idea for Nookietown.

A: After my marriage imploded, when I finally reentered society as a fortysomething divorcée, I’d meet with my married friends and we’d catch up. After the talk about our children’s sports schedules and our knee surgeries and whatnot, they’d ask me, “How are you doing?” And I’d say, “It’s all good, but I’m just incredibly horny and would like to have sex once a week.” Then one of the women said, “You should sleep with my husband.” And another one would go, “Oh my God, yes, take Charlie,” and another would say, “Yes, take my husband, too.” This happened over and over, in different towns, with different groups of friends. I kept making this comment about just wanting sex on a weekly basis and nothing more, and inevitably one of the married women would say, “Please have sex with my husband,” and everybody would laugh and nod, and there would be a two-minute conversation about shoehorning sex into our overtaxed lives, and then we’d move on. This happened constantly. I finally thought, Something is out there. It would be a funny idea for a book, and I should write it. I let it simmer for about three years, and then I wrote it in the summer of 2011. Eleven drafts later, here we are.

Q: You got some reactions from people who know you.

A: Some people from the two locations where I wrote it were convinced the book was about them. When they actually read the book, they realized it was farcical and completely made up.

Q: Were you concerned about your son hearing things about your book and being embarrassed about it?

A: Yes. I spoke to Judy Blume’s son about this—he was 12 when Wifey came out, and I asked him how he’d dealt with that. He said, “I was in middle school. I didn’t care what adults were doing, what they were reading. It didn’t impact my world at all.” My son is also in middle school, and so far, it’s been fine. I had several gentle conversations with him during the six months before the book came out to prepare him. I’d bring up something, like, “This is a book about grown-up relationships, and an important, healthy part of grown-up relationships is sex.” And he’d be like, “OK.” Then a few weeks later I’d say, “The people in my book have sex,” and he’d go, “Aw, mom!” And I’d say, “It’s nothing to be embarrassed about, it’s how we all got here, it’s normal.” I did some role-playing with him, too, in case anybody said something to him, so he’d have some comebacks, like, “My mom did not invent sex. My mom is not the first person to write about sex.” Or, “We wouldn’t be here if it weren’t for sex.” So far the only person to mention the book to him is his homeroom teacher. My son is forbidden from reading the book until he is 30, and that’s what he tells anyone who asks.

Q: Do you always look at the world through a comedic lens?

A: Humor helps me get perspective. I try to read or watch something funny before I go to bed each night, to bring some levity into my brain. I’m responsible for my own joy, my own humor. It’s no one else’s job to make jokes for me, to cheer me up when I’m down. So I do whatever I can, whether it’s playing music and dancing around or watching Comedy Central. I’m tremendously grateful for risk-takers like Amy Schumer and Sarah Silverman. I have always been a risk-taker, and with this book, I didn’t hold back. In movies or TV, there’s often this stereotype of one female sidekick who gets to be funny in a group of friends. In life it’s not like we have “the shy one,” “the sexy one,” “the smart one,” “the funny one.” All of my friends are funny and smart. I wanted the women in my book to have a sense of humor. I didn’t want to rewrite Fifty Shades of Grey, which features two humorless people having sex. I wanted to see if I could write something both sexy and funny, which to me seems more real.

Q: Do you think becoming a Solo Mom enabled you in some ways to take the risk of writing this book?

A: After my marriage ended, I realized, Wow, there’s no script for my life anymore. Anything could happen. I could become La Femme Nikita. It’s all wide open. There was this moment when my ex-husband’s attorney hissed at me, “Divorce is not a chance to reinvent yourself.” And eventually I understood divorce is exactly that. What else are you going to do? Also, in concert with turning 50, I thought, F*** it; how many chances am I going to get to do this?

Q: Do you have any parting words for Solo Moms out there who are writing or who would like to write a book?

A: To be honest, I’d rather be busy with multiple children and a boyfriend or a partner than working on my next novel in my sweatpants, but that’s where I’m at. I do think the work of raising young children, of making future citizens, is more important in the grand scheme than novel writing. I’m kind of old school that way. I think mothers (both Solo and partnered) should be proud of doing that work. When the kids are older and out of the house, you’ll have time to write that novel. Meanwhile, having a creative outlet is important, so try to have something you can do in small bursts. Write a chapter. Write a blog. Write a few pages a week. To me, though, if you’re teaching kids to be good people, you’ve fulfilled your purpose in life.

Q: Do you feel you’ve done that with your kid?

A: I’ve taught my son to say, “How was your day?” at mealtimes, and “Please,” “Thank you,” “I love you,” and “I’m sorry.” We treat each other with a lot of respect. I’m big on basic civility. When he’s leaving a friend’s house, he knows he has to look the parent in the eye and thank them for their hospitality. He’s going to make a great boyfriend.