A Candid Reflection About Solo Parenthood and Art 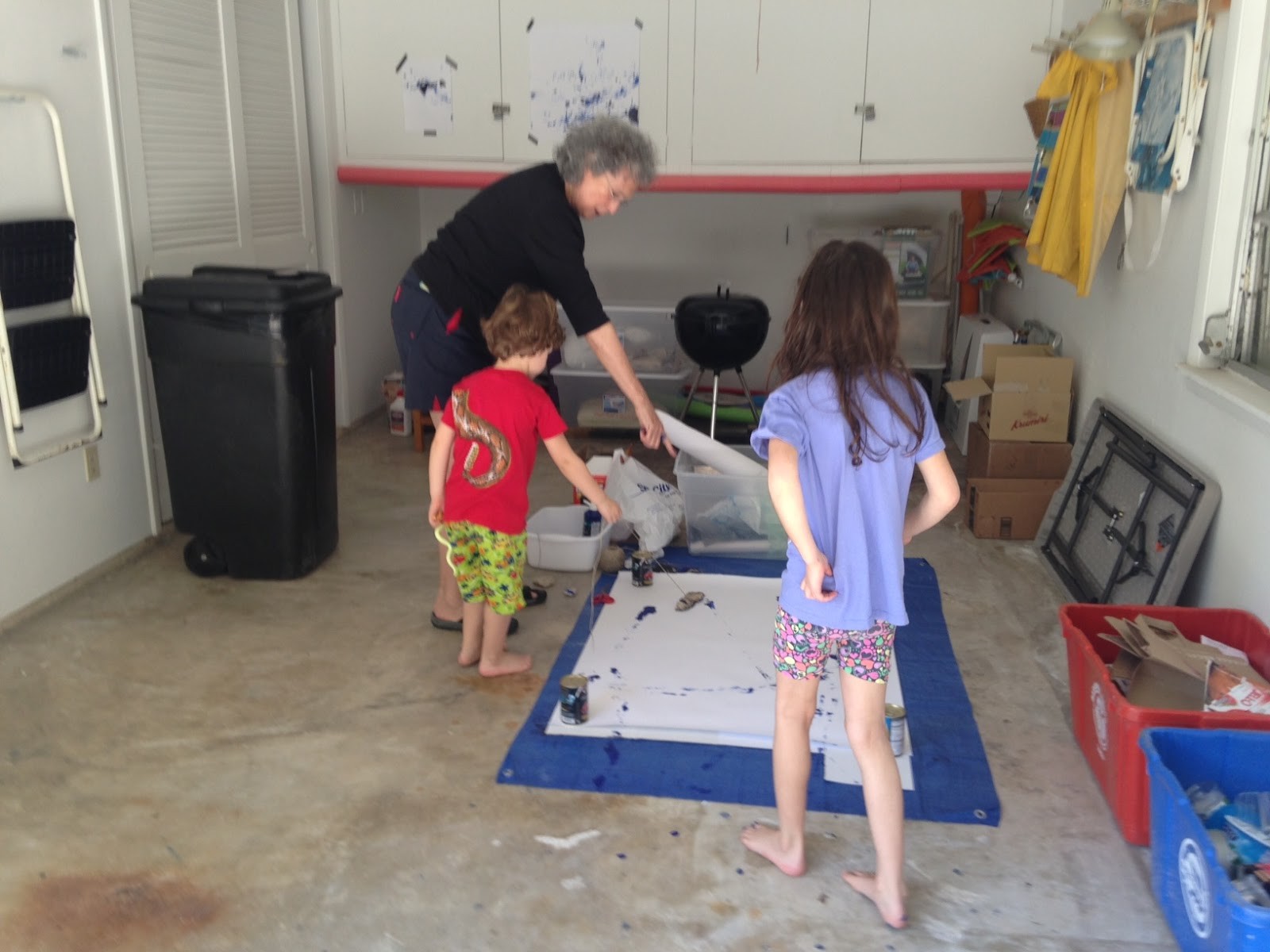 Barbara Zucker was born in Philadelphia. She received an undergraduate degree from the University of Michigan and a master’s degree in sculpture from Hunter College. Zucker and her friend, artist Susan Williams, were the cofounders of A.I.R. Gallery (for “Artists in Residence,” a reference to the 1970s practice of artists posting signs on the front doors of their factory-loft buildings so the fire department would know people lived there). This was the first women’s art gallery in the United States. A.I.R. opened its doors in 1972 at 97 Wooster Street in New York City. Forty-three years later, the gallery still thrives. Since then, Zucker has gone on to exhibit her sculpture and installations, teach, write, and lecture. She has written essays on women artists and has contributed articles and reviews to many journals and magazines. Her work has been exhibited at such venues as Robert Miller Gallery, Artists Space, The Sculpture Center, Pennsylvania Academy of Fine Arts, Tufts University, and the Museum of Arts and Design. She has been reviewed in such publications as the New York Times, Art in America, Artforum, and ARTnews. She has taught at Princeton, Yale, The University of the Arts, the Vermont Studio Center, the Boston Museum of Fine Arts, and the Skowhegan School of Painting & Sculpture in Maine. Zucker chaired the art department at the University of Vermont in Burlington from 1979–1985 and taught there until 2001. She is now a professor emerita and divides her time between Vermont and New York. She married her longtime partner, architect Mannie Lionni, in 1998, after 24 years of living together. She has one daughter, Gina Zucker, from her first marriage; two stepchildren; and two grandchildren.

“I question my intentions in my visual work, asking if . . . examining society’s response to women aging (one of the subjects I have explored in my sculpture) is too trivial. . . . But then I remember that we are many. . . . Our numerous subjects and sources of expression will collectively speak and cover most, if not all, of the issues that confound, wound, enrage or delight us.”

Q: What was it like for you, becoming a mother in the 1970s, getting divorced, working as an artist, taking care of me?

A: It was an abrupt change in my life, having you. I didn’t realize that someone else would come first and that they would be more important than anyone else, including me.

Q: You were in your twenties, obsessed with making art.

A: I was not a mature person. When your father and I separated, you were four years old. It felt lonely; and sometimes I needed a break, but I didn’t have someone to pick up the slack. I couldn’t always give you what you needed. I felt tense about all the things I wanted to be doing in my life beyond parenting, and I brought that tension to my parenting.

Q: What were you most conflicted about?

A: I had always worked, and I really wanted to have my career. I was an artist, and I couldn’t see another way to do things—women didn’t have as many choices as they have now. Either you went after your career and made that your sole priority or you stayed home and took care of your kids. You didn’t do both. I should have been there with you more. I still feel that. I had too many babysitters. I was trying to find a way to be independent, get my master’s degree, working several jobs to make a life for myself and for you, so I was torn in many directions. I felt guilty a lot because I resented not having the time to think or go out whenever I wanted or work in my studio when I wanted.

Q: But you must have done some things right as a mother. I remember feeling secure and comfortable with you, most of the time. And I loved being with you, dancing to music, being silly.

A: Yes, there was a lot of dancing and silliness. And I always stayed with you at night when you were scared. I told you stories and read to you incessantly, and we did stuff together. We did art together, and sometimes I took you to art galleries, and everyone would talk to you as you sat in your stroller. There weren’t many kids in that world, so they were interested in you. I took you to my studio, which had been a paste-jewel factory in its former life, and you would pick the fake jewels out from between the floorboards while I worked.

Q: It was like finding treasure. You were also very responsible; you weren’t a free spirit. Was it hard letting me go to Dad’s house after you separated, knowing he wasn’t very responsible?

A: I could never figure out if it was better to let you go with him, knowing he wouldn’t take very good care of you, or whether it was better to keep you with me when you so desperately seemed to want to be with him.

Q: I was really passionate about him. I think I took you for granted, since you stayed and he was the one who moved out.

A: It seemed you loved him more than me. Little girls are sometimes like that.

Q: But I always felt you could, and would, take care of yourself and me. With Dad, I felt I had to protect him. It was a role reversal.

A: Did you notice that your dad and I never spoke badly of each other? That was very important to me. He and I never actually talked about it. I just made a promise to myself that I would never say a word about him that was negative. I think that’s the most destructive thing that parents do to their kids when they divorce.

Q: I did appreciate that. What else are you proud of?

A: I’m proud of what I accomplished in my work. I’m really proud that I cofounded A.I.R. That was one of my greatest achievements, though I didn’t realize it at the time. We provided a forum for hundreds of women to have an opportunity to exhibit their work as professionals. There wasn’t anything like that for women artists in the early 1970s. And the place is still going.

I am proud of the work I did at the University of Vermont. There were no women artists or non-Western artists being studied in [the school’s] art history program, and I introduced those studies. I elevated other women professors who weren’t being promoted like their male counterparts because they had no one rooting for them. I faced a lot of hostility and even anger from my male colleagues, but I didn’t want to give up. It was the best job I’d ever had—before that I’d never had benefits or security or a credit card, never owned a house or a car—and I wanted to know I could always take care of us no matter what. I could finally support you by myself and didn’t have to worry about child support—so I wasn’t going to walk away.

And I’m proud of you! I love that you’re smarter than I am. I respect your mind. You grasp things much more quickly than I do. I think your writing voice is singular and strange and unlike anyone else’s, and I love that. I’m very proud of how you parent your children, your passionate love for them and your tolerance. You are a better mother than I was.

Q: What advice can you offer other Solo Moms?

A: For me, the most important thing as a Solo Mom was to be self-supporting. I didn’t want to be at the mercy of others. I didn’t want to be scared that a check wouldn’t come in the mail from your father or from my parents, who helped me a lot in the beginning. I wanted to be the definitive breadwinner, and I worked hard to make that happen.

Q: It’s clear why this would be a priority for you, or for any single mother. But I feel that women in my generation kind of take for granted that they should be able to support themselves and tend to beat themselves up if they aren’t.

A: I looked at the women in my mother’s generation—your grandmother—and saw that they’d be literally out on the street without the support of their husbands. Many of them had no skills; they didn’t know how to do anything. That was never going to happen to me.

Q: Is that why you learned to weld?

A: I took lessons in welding but never got good enough to weld on my own. I do know how to use a chop saw, drill press, band saw, orbital sander, variable-speed drill, and Dremel and other basic hand tools. And I learned all kinds of mold making and casting.

Q: What would you say to Solo Moms who are also artists or trying to find a way to be artists?

A: I’d say acknowledge your anger about being in the situation you’re in (if you are angry, as I was). Once you’ve acknowledged your anger, you can direct it [and then] you can, hopefully, find a way to use it in your work.

And cooperate with other artists who are Solo Moms and swap time to be alone. More than any other thing, artists need time—time to think, time to hang out, time to work—time to be free from obligations. Talk to your friends, and find other women who can trade time with you.

You can see more of Barbara Zucker’s work on her website. 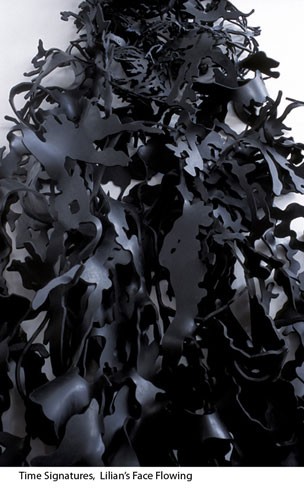