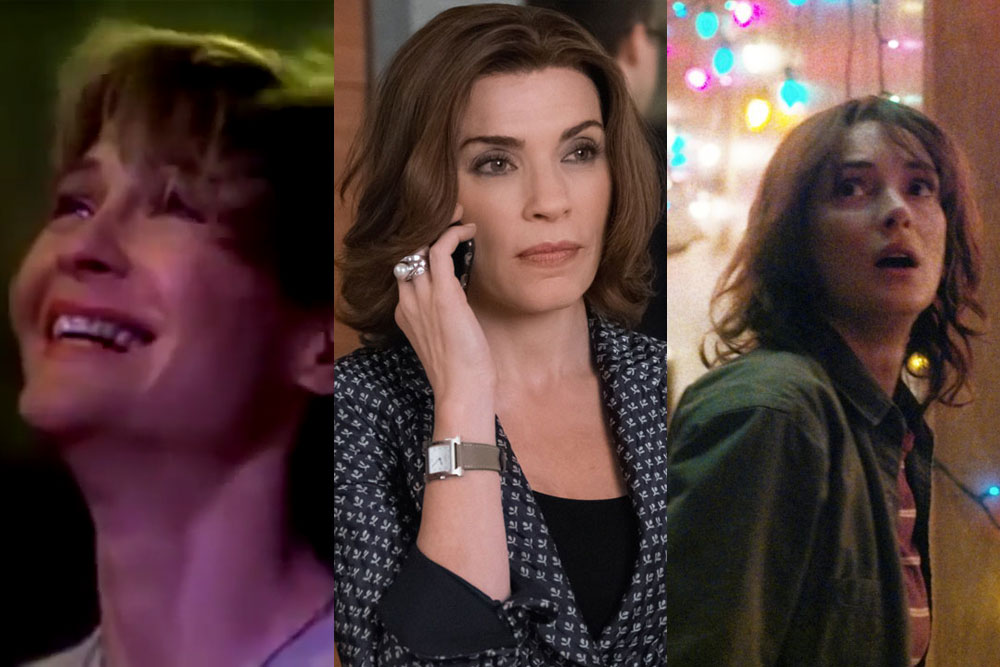 I first had to google the mom’s name in the 1982 science-fiction flick E.T. the Extra-Terrestrial, even though now I remember her children alternating unconventionally between calling her Mary and Mom. When the film opens, Mary’s hosting a sleepover for her high school–aged son. While the boys are gathered at the kitchen table playing a game (and smoking cigarettes, it appears, which I’m going to chalk up to a 1980s oversight), Mary is putzing around in the kitchen in her pink silk robe and taking it easy.

Although E.T. is one of the films I remember the most from my childhood, as a kid I had no clue that Mary was holding down the fort on her own. As a child, I related to Elliot (Henry Thomas). “Save the frogs!” I would yell at the TV, cheering as Elliot saved all the science-class frogs headed for dissection from their chloroform deaths.

But when I watch the film again as an adult—and now as a Solo Mom—I’m picking up on some new information. Turns out Mary is recently divorced (a sore subject for everyone), and “Dad” is somewhere in Mexico with his new flame, with Mary left to handle all the humdrum and chaos of normal everyday life. It is painfully familiar to watch Mary get her three kids out the door for school in the morning. There’s the panicked packing of lunch boxes, the inhaling of breakfast, the balancing of backpacks and work necessities, and loading everyone into the car. Mary’s clearly the one-woman show of this circus, providing all the physical and financial stability, and dealing with the emotional residue from her cheating ex-spouse.

And since Dad isn’t around to share the duties (such as driving young Gertie [Drew Barrymore] to preschool), he’s certainly not around to help troubleshoot the space creature that Elliot’s been keeping in the closet. Nope. Mary’s all on her own with that one. And she’s on her own when her children get busted by the CIA, when her suburban house is turned into a giant tented science lab, and when her children risk everything in a high-speed chase to get E.T. back to his spaceship. So, basically, I want to give Mary a major fist bump for keeping it real and for making it through.

I have a huge Solo Mom crush on Alicia Florrick from The Good Wife. In the first episode, she’s met with a terrible lot. Her state attorney husband, Peter (played by Chris Noth, whom I already dislike based on his character in Sex and the City—and his character in The Good Wife is even worse), uses state money to hire prostitutes. When the scandal breaks, the fallout is epic. While the media crawls all over the story, Peter resigns and is sentenced to jail. And for political reasons, Alicia has to pretend to stand by his side—even as she’s gutted and angered by his actions and lies. Thus, the series starts off with our feeling sorry for Alicia but also wondering if she has any spine at all.

But as the seasons roll on, it’s clear that Alicia is the one in control. She’s got the brains, the grace, the strength, and the drive to succeed, and she’s understandably pissed as hell. While we’re led to believe that the series will revolve around Peter’s political scandal, the driving story is really Alicia’s return (after years as a stay-at-home mother) to her career as a lawyer. And through that story line, we see Alicia grow, both as a lawyer and a human being. We cheer as she falls in love and wins big cases. And we watch in solemn solidarity as she messes up, loses cases, and succumbs to her own blind spots, only to pick herself up and try again.

While the story of Alicia as a mother arguably hovers in the background, there are some great Solo Mom moments in this series. Because Alicia spends long days at the office and in court, her teenage kids develop some serious independence, which means they occasionally get into trouble or develop interests unbeknown to their busy working mom. Her son, Zach (Graham Phillips), becomes a computer genius, for example, and her daughter, Grace (Makenzie Vega), seriously explores religion. These are formative years for her kids, and I believe they’re made better by watching their Solo Mom work her booty off to regain her self-confidence, advance in her career, and use the law to fight for (mostly) good.

3. Joyce Byers (Winona Ryder) from Stranger Things
Best Solo Mom attribute: Absolute conviction and refusal to give up on her kid, despite the odds
Best Solo Mom lesson learned from Joyce: They might think you’re crazy, but you keep doing you

It took me two days to binge-watch Stranger Things on Netflix last summer. And oh man, were those two days butt clenchers. It was awesome to see Ryder (whom I honestly kind of forgot about) as Solo Mom Joyce Byers, on a desperate mission to find her missing son, Will (Noah Schnapp). The remarkable child actors lent a very “Don’t worry, grown-ups—we’ve got this” Goonies-on-bikes feel to the whole show. (It’s also hard not to compare Stranger Things to E.T., which makes me think that Mary and Joyce should hang out.)

The story, set in 1983, begins when Will, Joyce’s youngest son, disappears. Joyce, her oldest son, the police chief, and Will’s three best friends begin a mind-bending and honestly terrifying journey to find him. When a mysterious girl is found in the woods, she joins Will’s friends and provides clues in the hunt for him.

I don’t want to give away any spoilers, so I’ll stop with the plot specifics and just talk about Joyce—because she is absolutely amazing. Her ex-husband is uninvolved and lives in another town. As the days pass and the search parties for Will come up empty, Joyce remains absolute in her conviction that he is alive. She strings together clues, begging the police chief to believe that Will is contacting her.

I have images of Joyce stamped in my mind. In one, she’s talking on her banana yellow rotary-dial phone, a terrified expression on her face. In another, she’s sitting on the couch in the dark, an ax in her hand, surrounded by flickering Christmas lights. She’s a badass. And she’ll stop at nothing to find her son, even though the entire town thinks she’s nuts.

What TV Solo Moms inspire you?

Talking to Charmaine Cruz about What’s Up With Down and living life with...