One Degree from Kevin Bacon 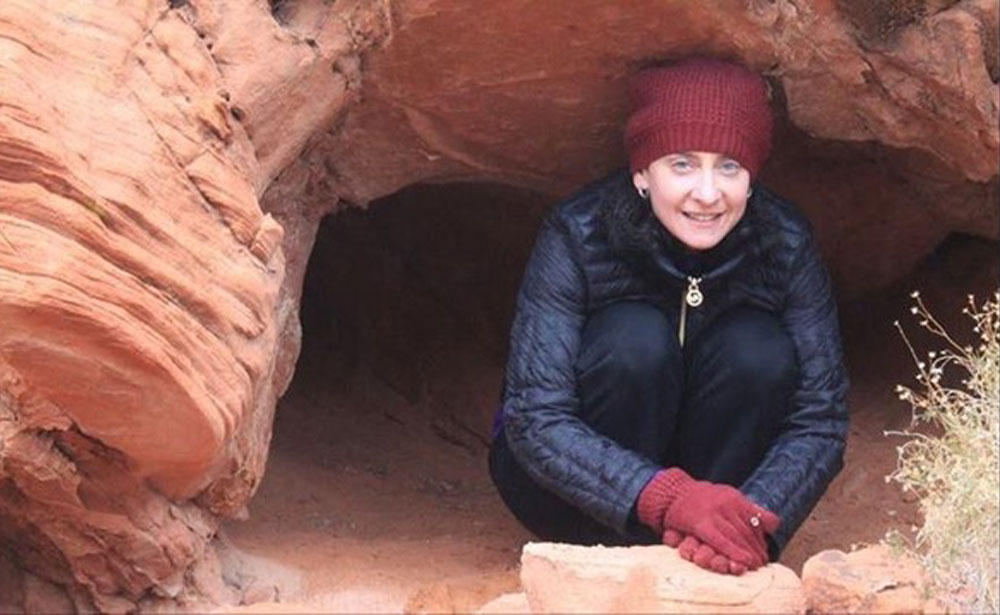 Sometimes you look at a successful Solo Mom who seems to have it all and wonder, How does she do it?

“I haven’t showered in two days, and I’m wearing sweatpants again,” says Solo Mom Dara Resnik, a co-executive producer on the upcoming “psycho-sexual comedy” show I Love Dick, starring Kevin Bacon and Kathryn Hahn. “My kid is currently sick with strep throat for the second time in three weeks. Sometimes the answer is you have to sacrifice certain things to get the job done, and that’s the current situation right now.”

With humor, grace, humility, and spunk, Resnik has managed to juggle writing, producing, teaching, and political activism while being a Solo Mom, but it’s not always easy. Working on a TV show isn’t the same as most “regular” jobs. There are periods of time during which she works from 10:00 a.m. until at least 10:00 p.m., but sometimes as late at 2:00 the next morning. That schedule could last for three to six months, including weekends. Then there are periods of time when her days allow her to pick up her five-year-old daughter from school, cook her dinner, and snuggle before bed.

On I Love Dick, however, Resnik found the dream, all-female staff who are understanding of her situation as a Solo Mom. She credits Jill Soloway, the show’s creator, for developing such a supportive environment—so supportive, in fact, that she could either leave to put her daughter to bed and then return or bring the writing staff back to her home to finish working.

“On other jobs, you may have to say you have a doctor’s appointment instead of a kid’s dance recital, but I was lucky to find an environment that is so supportive,” Resnik explains. “We all became incredibly close, and my daughter knows and loves them.”

The real challenge came when it was time to film. Although some of the scenes were shot in a studio in Los Angeles, all outdoor scenes took place in Marfa—a small town in the desert of western Texas. Since the shooting was scheduled to take place during her daughter’s birthday, Resnik knew she had to bring her along. So Resnik, her daughter, and the nanny shared a hotel room together in an area so secluded that the nearest Walmart was 90 miles away.

“I was very excited and nervous,” Resnik remembers. “I posted on Facebook that I was taking her to Texas for two weeks and asked friends for advice on how to entertain her. I packed an entire suitcase of arts and crafts and requested a hotel suite so we could sprawl out. It was gigantic, but there were no walls. We had to get extra comfortable with being in our pj’s together in the morning.”

Although Resnik had child care while she worked, she felt torn. Was she being a good mom? A good colleague? Her heart was in two places at once, and she constantly wrestled with where, and what, she should be. Although her daughter understands that her mom works, Resnik is usually out of sight when they are home in Los Angeles. But because her daughter could see her on the set, she wanted to be with her mom. The wow factor of having Bacon, Hahn, and an entire television cast and crew sing “Happy Birthday” to you is lost on a five-year-old.

And when the rest of the crew went out for drinks at the end of a long day, Resnik knew she needed to get back to the hotel and tuck her daughter in for the evening. “That’s part of being a grown-up—saying no to the party,” says Resnik. “The next day everyone would talk about the night before, but I cuddled up with my kid.”

When not on location, Resnik manages her life with a relatively strict schedule at home. They have the same breakfast each morning, her daughter is allowed 30 minutes of TV while Resnik gets ready, and then it’s off to school and work. During a busy season, she relies on a combination of her nanny and her ex husband, who is understanding as he also works in television. Her daughter is her main priority, leaving her no time to date and with a social life that involves her colleagues and the few friends she’s been able to maintain.

Resnik recognizes that taking care of her mental health is a necessary part of that elusive work-life balance, and she stresses the importance of having a good therapist who understands and doesn’t make you feel bad about having mom guilt.

“My daughter knows that I love my job, but I was really worried to tell her that for a long time,” Resnik explains. “I work a lot, and I didn’t want her to think I love my work more than I love her. My therapist was the one who said I should explain to her that it’s not just that I need to pay my rent, but I get paid to do something that I love. It’s important to love what you do, and she should know that I love my work.”

Similarly, Resnik believes that to make life work as a Solo Mom, you must be brave about finding the right circumstances. If your current job isn’t right for you, save enough money to leave and find the right job that will support you. Having done that herself, Resnik recognizes that it’s terrifying, but finding the right environment has made a difference in her life.

“I realize not everyone can leave a bad job, but if there is any way you can do it, you should,” Resnik recommends. “I also lead a very small lifestyle. I live in a two-bedroom apartment, and my daughter will go to public school. I don’t go on fancy trips. I created a life that enabled me to make choices that are really good for my happiness and career and allow me to spend time with my daughter. If you have a big house and a fancy car, you don’t have as much opportunity to have that flexibility.”

For Resnik, self-care and political activism are important pieces in her life, although it can be difficult. She recently completed the Los Angeles marathon, which required her to spend hours training—something she loves to do. She’s also very involved in politics and takes her daughter along, teaching her the importance of activism. They’ve knocked on doors together, attended rallies and sign-making events, and stepped into the voting booth together.

“Even though she’s only five, I’ve made a concerted effort to get her involved,” Resnik explains. “It can be hard and scary, but it’s really an amazing bonding experience to walk door-to-door for three hours. It’s surprising how many people will open the door for a five-year-old.”

What’s next for Resnik? While waiting for the next season of I Love Dick to begin, she’s working on a pilot she sold to NBC Universal about the black-market drugs used for capital punishment. She also teaches courses on television writing, and she recently helped organize the #PressOn campaign to support paying for journalism. Plus, she’s spending some much-needed time with her daughter.

Talking to Charmaine Cruz about What’s Up With Down and living life with...