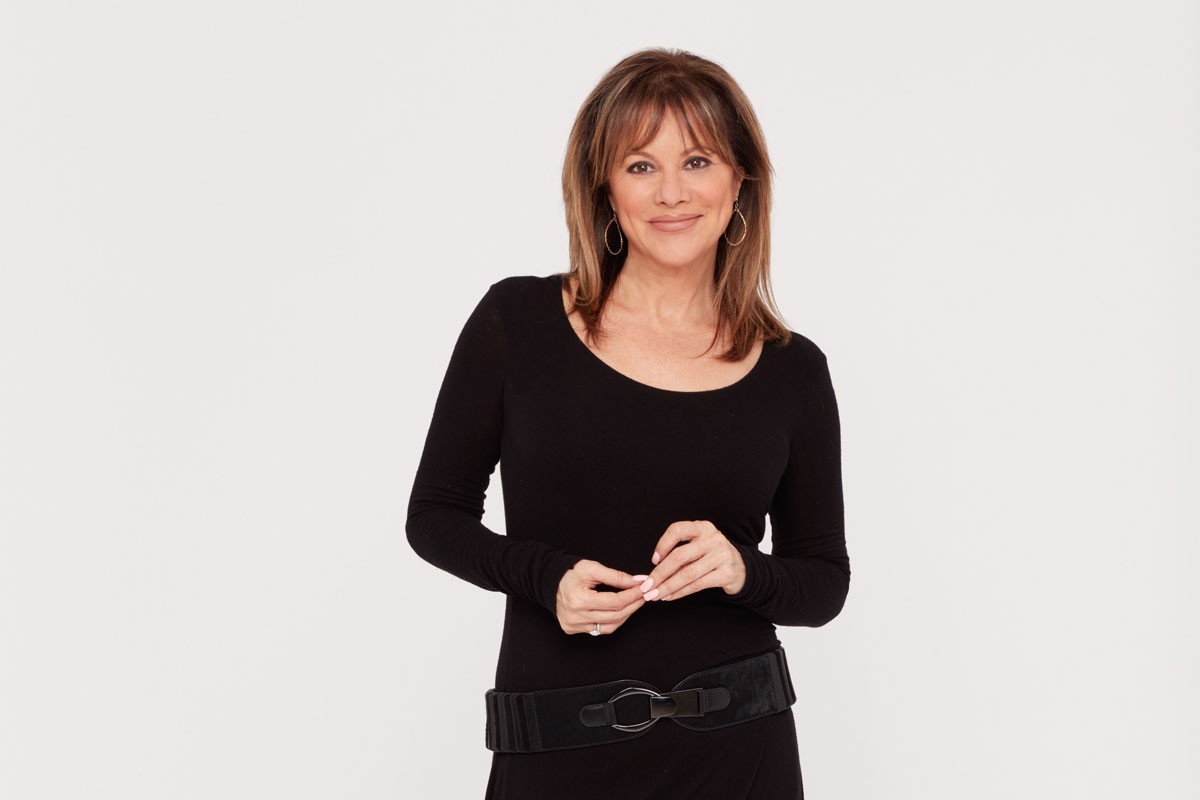 This General Hospital drama mama tells it like it is

In Evanston, Illinois, on April 28 “at some point in the 1900s,” Nancy Lee Grahn entered the world with a flair for the dramatic. “I slid out so quickly that a poor, unsuspecting intern had to catch me. I was eager to get going on knocking the previous lifetime’s chips off my shoulder.”

Years later, one could say she’s outdone herself with thousands of fans, countless Emmy Award nominations, and two Emmy wins. She is also unabashedly political. “I am a fucking democrat—a surrogate for Bill Clinton, Gore, Kerry, and Obama.”

Did I mention she is also opinionated?

“I am a big believer that when we die, we don’t. Got proof enough for me. And if I get ‘work’ [plastic surgery] done, I will tell you, and I’ll think you suck if you get ‘work’ done but don’t admit to it.”

Yet with all the sarcasm, humor, accolades, and accomplishments, Grahn finds her greatest achievement to be her 18-year-old daughter, Kate, whom she has solo parented by choice from day one.

In full disclosure, this writer has been lucky enough to call this powerhouse Solo Mom one of her dearest and oldest (though not in age) friends. We had our babies together, raised them together, and have enjoyed countless “Martini Sundays.” Following a 10-year elementary school estrangement, we’ve reunited as University of Southern California moms, where fate brought our two daughters back together (sisters separated at birth) in the same small and coveted music program.

Says Nancy, “I love when synchronicity happens. I believe in the orchestration of the universe.”

Here’s what she had to tell us about her career, single motherhood, and family.

Q: You adore your family.

A: I picked two parents that, if given the choice, I would pick again—my mom, salt of the earth, a no-drama mama; and my dad, who enjoyed drama and a good joke, a good martini . . . or 10, and three packs of cigarettes a day. He spent the last 25 years of his life saving young addicted people by counseling them to not do what he did. He was a champ. I have two sisters I’d die for, and the extensions of their families are all that and more.

A: I’m an actress. I play Alexis Davis, a “headstrong lawyer,” on General Hospital. I’ve been on the show for 20 years.

Q: How did you get into acting?

A: I never loved anything more than the theater. My parents did choreography for a community theater, and it was my Broadway. I grew up in a sensible Jewish community—an A student, class president, teacher’s pet, homecoming queen. . . . Yet I was still a little self-hating-ish.

I got my first equity job at the Goodman Theatre (then it was called the Ivanhoe Theatre), then First Chicago Center Theatre, and then went to school to find out why I was getting these amazing jobs. I studied for two years at the Neighborhood Playhouse in New York with acting gods Sandy Meisner and Bill Esper, and landed a job on One Life to Live with Judith Light.

Three years later, I moved to LA, did over 25 guest roles on top TV shows, and was offered a part on the soap opera Santa Barbara. I thought I’d stay a year, but the show had the brilliant writer Patrick Mulcahey and turned into a number-one international hit. I was offered good (then great), steady money and surprisingly had great words to say. I stayed 10 years.

When that ended, I had some recurring roles on fantastic shows, but wanting a baby and knowing I would be the sole provider, I called General Hospital. I’ve been there for 20 years. It’s the show that raised Kate.

A: I didn’t plan on doing it the way it happened: I became a Solo Mom by sitting on a mountaintop for months and conjuring up Kate. I imagined her so completely that she came out just the way I ordered her—perfect.

I’ve never spent an unhappy day being Kate’s mom. “Joy” describes my life with her. I did, however, spend four years enduring the worst injustice of my life called LA family court. But I was a warrior, along with four friends who said, “If she goes, we go!” We kicked the family court’s ass and set precedents along the way. No one should ever go there!

And because of this, I have been able to raise my Kate on my own, and she is heaven on a stick.

A: Deciding to go on General Hospital when my eggs were on their last legs was genius—and lucky as hell. This is the dream Solo Mom job.

When she was growing up, I worked four to six hours, two to three days a week. Plus we were dark many weeks and I still got paid. I never missed one school event, ever. If I was working and had a parent-teacher conference, they’d schedule my work around it.

While my job may require that I look unphased when someone comes back from the dead (more than once) or throw a drink (or 500) in someone’s face, General Hospital has been the extraordinary gift that allowed me to bring Kate into the world with gusto—and I’m forever grateful.

Q: Your character on General Hospital is a single mom. Do the two of you influence each other?

A: Yes. Alexis is a single mom of three daughters. Both she and I missed the relationship chip but scored with the mother one. She was a mom before I was, so she was how I imagined I’d be as a mother. Now I use my expertise as a mother to play her. When you are an actor playing the same role for 20 years, you can sound a bit like Sybil.

Q: As a Solo Mom, how did you manage in the beginning?

A: Since I wanted to be Kate’s mother for forever, and because forever actually took forever, I had a lot of prep time. As a result, I was the most prepared mother ever. I also had more help and support than anyone I know. My parents, my Mary Poppins of a nanny, ex-boyfriends, a team of great friends that I masterfully collected over the years, as well as my team from above—yeah, I believe in all that—they all had their arms around Kate and me, and still do. With the exception of the family court terror [insert fucked-up emoji face], it’s been the sweetest ride imaginable.

Q: When your status shifted from being a single woman to being a Solo Mom, did you feel a shift in your community?

A: The shift was seamless. I’d mastered single womanhood, so I was jazzed about being a single mom. I never felt as if I was missing something or wanting it to be different. Frankly, I was thrilled to not have to negotiate another relationship. Having the means, the emotional and psychological stability, and the unshakable desire to be a mom—on my own—was so damn pleasing; however, getting to that point was hell. I spent my 20s and 30s luring men into my baby snare, clinging to their legs as they ran from my clutches, screaming.

Mercifully, they all got away!

Q: What are you, as a Solo Mom, most proud of about yourself?

A: It’s hard to feel pride when you’ve been blessed with so much help and support. There’s nothing I’ve had to do alone. There’s always been someone or a boatload of willing and helping hands. With that understanding, I will say that I was unaware of how strong I was until I had to protect my child within the family court system. It’s a very involved story, but in short, I had to be a warrior. My capacity to never give up on my child, no matter what, was boundless, and I’m proud that I didn’t cave under that kind of unrelenting pressure.