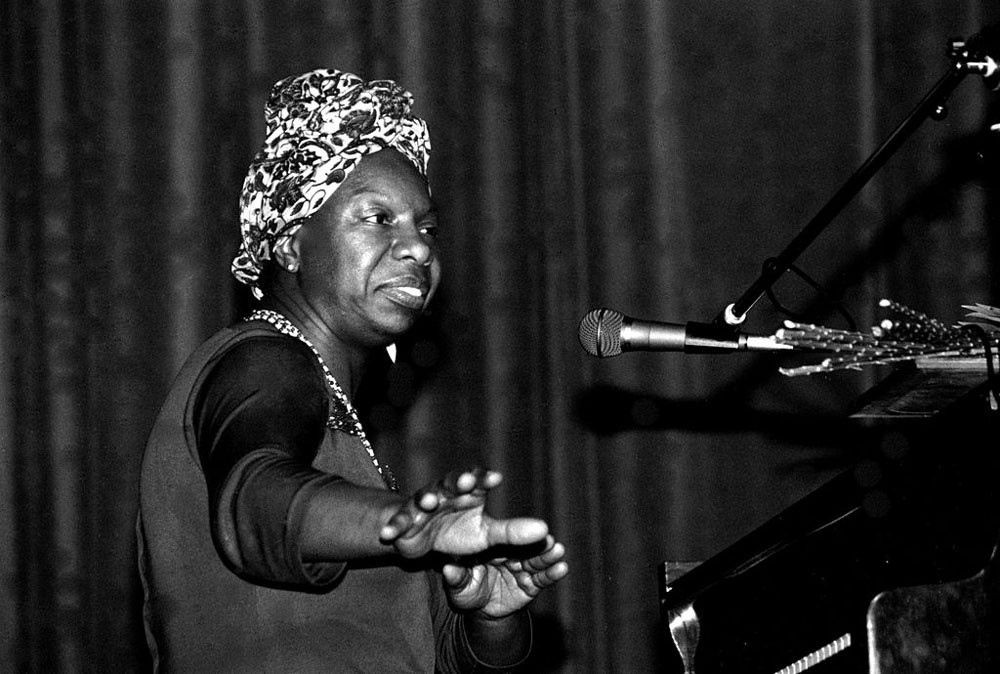 What Happened, Miss Simone? is a poignant documentary film about the complicated life of iconic musician Nina Simone. Her story is often told from the perspective of her daughter, Lisa (who is also one of the producers of the project), and it’s a roller-coaster ride of emotions as it details Simone’s artistry, career, and personal life.

The film uses previously recorded interviews with Simone, her writings, and interviews with others who knew her. Through it all, Simone’s story seems to be set up through a lens of disappointment, as even the film’s title suggests. The film traces her life from childhood in Tyron, North Carolina, as a piano prodigy to her early years in the music industry. The footage of Simone singing and playing showcases her virtuosic talent. Simone strived to be a classical pianist only to be rejected by the Curtis Institute of Music. Instead, she launched herself into the club scene in Philadelphia and then made her way to New York City, playing in clubs for money to continue her classical training. Simone is stubbornly devoted to her craft, and her ability to blend blues, soul, folk, and jazz with classical elements created a sound that was uniquely her own. The footage of Simone performing is truly magical. The film proves she was a musical genius—if you didn’t realize that already.

The story turns when she marries her second husband, Andrew Stroud, a New York City police detective, but there’s been a sense of foreboding from the start of the film, created by somber music and deliberate pacing. The performance footage gives the only relief because you see Simone’s joy in the mastery of her craft. With Stroud, Simone had her only child, Lisa, in 1962. Stroud also became Simone’s manager. Through Simone’s writing, viewers learn that Stroud abused her, and her fear of him echoes through her writing. She loathed him and struggled to escape. Her despair is mirrored by the events of the day, as her career shifts toward civil rights and she contributes her creative voice to the movement. She wrote “Mississippi Goddam” (1964) in response to the murder of civil rights–activist Medgar Evers and the church bombing in Alabama that killed four black children in 1963. The film elicits empathy for Simone’s personal struggle as well as the struggles of history.

The film weaves in this political history to underpin Simone’s story, yet there is little mention of how the music industry took advantage of Simone, as it did other black musicians at the time, culminating in millions of dollars of lost royalties by the end of her career. One can only guess that the financial stress was part of the abuse cycle, since her husband was managing her career. In 1970, with the peak of her career behind her, Simone fled from the abusive Stroud with Lisa.

The film does not place enough emphasis on the effects of physical and mental abuse by one’s spouse. No one can speak to it in the film other than Simone from her writings, and her voice and others’ silence is haunting. Increasing this unease in viewers, her ex-husband shares his views of Simone in the film. He denigrates Simone’s politics as the source of the challenges she faced during her career. Although we do learn that she had some regrets—not about her role in the Civil Rights Movement but about some of the songs that she wrote—it is unsettling to listen to him. Including him was a bold choice by the filmmakers.

Simone desired mainstream recognition, but it did not come to pass. This disappointment, coupled with her frustration with conditions in the United States, caused her to leave the country in 1974 without her daughter.

From the start of the film, there is no secret that Lisa has complicated feelings about her mother. Their intense mother-daughter relationship was exacerbated by Simone’s increasing battles with mental illness—she was later diagnosed as bipolar.

During the film, we see Lisa coming to an understanding of the totality of her mother’s experience as much as a daughter can. As a child, Lisa didn’t understand her mother’s vitriol and erratic behavior, but as an adult, she has a new perspective. We can see and empathize with the disappointment she has about her childhood and her mother’s disregard and absence. But understanding isn’t necessarily soothing, and knowing more about one’s mother cannot take a daughter’s pain away.

The film does end in some sort of triumph. Through the help of friends, Simone was able to revive her career and earn a living while residing abroad until her death in 2003. For all viewers, including Solo Moms, the film will bring up questions about choices an artist or individual makes: How are you supporting your dreams? And how are your children affected by your choices?

Maybe because I’m the daughter of a Solo Mom who left her abusive husband, and maybe because I also have a complicated relationship with my own mother, I picked up on the Mommie Dearest quality of the film. And I admit that maybe I’m sensitive to the somber, strong black woman narrative tone that so heavily marks this film.

There is no way to show every aspect of someone in a film, but a more apt title of the film might be a statement instead of a question: “This Is Some of What Happened to Miss Simone.” As she stated herself a few times in the film, she wanted love and partnership but the music took precedence. Yes, Ms. Simone, thank you for your beautiful struggle. We get to revel in your talent forever.

Image by Roland Godefroy [GFDL or CC-BY-SA-3.0], via Wikimedia Commons