Carrying the Torch of Her Father’s Musical Legacy 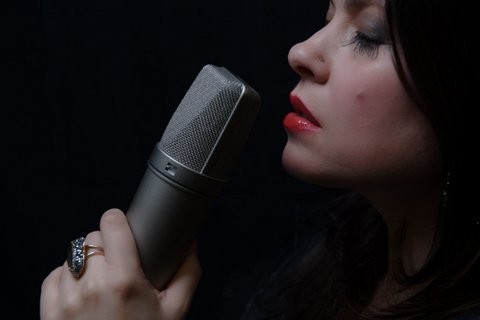 There are pivotal moments in a person’s life that shape their soul. Neshama Carlebach molded hers from the ashes of divorce and the death of her father, Rabbi Shlomo Carlebach. As a young adult, she sang with him, but within a few short years, she was suddenly carrying his legacy.

Carlebach on her father

“He was my best friend; his path is my path.” Thirty-one days after his death, she sang her first concert. Referring to her formal lack of training at the time, she recalls, “If you asked me what a key was, I didn’t know how to find it. I didn’t know what I was doing!” Fast-forward nine albums, 20 years of singing, and more than a million records sold, Carlebach is no novice.

She toured the globe supporting her father’s dreams and message of light, love, and joy to the entire world. Her two children went everywhere with her, with little divide between work and home life. Then divorce changed everything. “I was dying in my marriage. I was never honest (with myself), and now I have become really real. You have to cry a lot, and you have to break in half a lot before you can get to that place.” Carlebach went through what she describes as “a stripping away of everything major.” She found herself without song. She had no voice, and for the first time in her adult life, she was mourning her father and her own self.

Refocusing on her children

The focus became her children, and she poured all her attention on to them and their happiness. One day she found herself in her car listening to a recording of her own music. Carlebach said it was the first time she sat and really listened to her own voice other than in concert or in the recording studio. During this hour, a profound change began within her. “We have to hear our own voice, and we have to fall apart to get up again. Getting divorced is really serious. The redefining of the individual is the life’s work, especially of the artist.”

“I feel like I survived a very big fall.” With newfound purpose, Carlebach began to rebuild one block at a time, redefining her idea of self. “Don’t be afraid to be who you are. I believe that healing is possible. Healing inside. I sing because people need to feel, they need to hear, and they need to wake up. I was one of those sleepers.” Carlebach began to sing again. A new album, Soul Daughter, was born based on Soul Doctor, the 2014 Broadway play about her father. “Everything is new; everything is shining.”

Her boyfriend and creative partner, Josh Nelson, produced the current album. He has been a huge part of the rebuilding process. “The best gift I can give my children is that I’m actually present, that I can be the best version of myself.” When asked how she manages her touring life as a single mother, she confesses, “I’m really broken when I leave them, and then the joy(!) when I feel the music.”

Fond memories of her father

Carlebach shares a fond memory of her father. “He came from the Holocaust, my father. There is a picture with 10 of his little friends, and he told me they were all killed. He used to talk all the time about crying with half of your heart and laughing with the other. It’s only when you can master the art of crying and laughing at the same time that you can stand strong.” Her father used to joke, “When you are in the tornado of grief, it’s temporary, like high school.” Carlebach laughs and explains that she is desperate—not for love or power, but for a better world. The mission of her music, her soul, and the essence of her rebirth. “I feel you, I’m crying with you, keep breathing, don’t lose hope and love, don’t lose faith, and keep a very close eye on the mission of your own soul.” Despite a difficult divorce and the even greater loss of her father, Carlebach reclaimed her soul and now seeks to spread a message of hope every time she sings.

Find out more at www.neshamacarlebach.com.