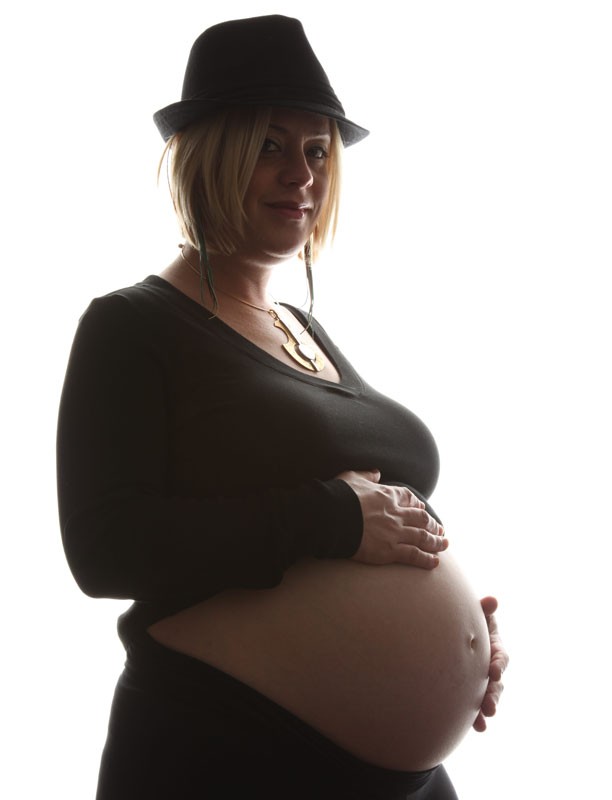 With impressive credentials going all the way back to a Senate internship (and an elevator ride with Strom Thurmond when he asked her what color panties she was wearing), Farrell is also an adjunct law professor at Southwestern Law School.

Yet what’s truly impressive about Farrell is that along with full-time work as a lawyer—and the full-time job of parenting her five-year-old son, Kellan—she also maintains her creative side by playing classical violin and creating box sculptures.

Q: Before we start, how did you end up on a thrash metal record?

A: A friend of mine has a recording studio, and [Mike] Riggs (Rob Zombie’s guitar player) was recording his solo album. He had a bunch of bands on it, like the guys from Helmet and Filter. They were doing the record on the cheap and needed a violinist to play Dvořák on a track. My friend recommended me. It came out great. I love classical music, but I like the other stuff, too.

Q: Is violin how you scratch the creative itch?

A: I can’t play as much as I’d like. My head is in other places, and there’s no time. But I make multimedia Day of the Dead box sculptures. It’s a long process. Still, if I don’t do it, I start to think I need to do it because nothing else relaxes me.

A: When my son was born, his dad was not available in the way I needed him to be. It was difficult because I was going back to work, and my job required crazy long hours, plus a long commute.

Because of a convergence of factors, my ex and I split up when Kellan was 18 months old. Since then, we’ve been great joint parents. His dad loves him and spends as much time with Kellan as he can.

My ex’s parents are also really involved, and so is [Kellan’s] godfather. So I don’t really feel like a single mom because I have this extended family that helps raise him.

Q: How did you manage in the beginning?

But in some ways, when we split it was a relief—because I wasn’t relying on anyone. I know myself. I was in control of my schedule and would take care of business. Plus, before preschool, I had a nanny I trusted very much.

Now that Kellan is in kindergarten, Los Angeles Unified School District has a program called Prime Time, where he can stay at school until 6:00, and it’s only $300 a month. It’s a fantastic option.

Q: Did being a Solo Mom impact your career as an attorney?

A: After I had Kellan, I had to find a new job. It was difficult because I was switching from nonprofit back to the private sector, and employment litigation is male-dominated. They generally don’t want to hire women with children because we can’t work the schedule.

When I did start working again, I worked constantly and was teaching law school. I barely saw Kellan. Now work isn’t important to me in the same way. I have a child . . . and I’m burned out.

Q: How did you ultimately deal with the time challenge?

A: I knew I needed a flexible schedule. I had to get out of litigation. I had to be home by 6:00 so the nanny didn’t have to work 12 hours. But I was also paying most of the bills at the time.

I had a Solo-Mom friend who worked from home, and she suggested it to me. She worked crazy hours but had flexibility. So now that’s what I do. And while I may work until three in the morning, at least I’m not in an office sleeping at my desk.

Q: How did this affect your ability to keep your art alive?

A: As a Solo Mom, you know you are pretty much it for your kid, so you feel bad if you make time for yourself. I feel bad if I sit him in front of the TV [so I can] take a shower! My profession is so much work that it takes away from what I’d really like to be doing. Art. Music. I’d really like to work at the Chanel counter and do makeup!

Q: When you went from being married to being single, did you feel a shift in your community?

A: I felt less respected by people who didn’t know me—especially at my son’s preschool. The husbands didn’t want their wives getting ideas, and the wives were afraid I would take their husbands. I wasn’t included.

Single moms are miracles. It’s amazing what Solo Moms accomplish in one day—all the little things. How they can manage everything and not go nuts. Meanwhile, being one can open us up to ridicule. I don’t think it’s something anyone can understand unless they are in it.

A: It took me a long time to even admit to myself that I was a Solo Mom. I couldn’t believe it was happening to me. But when Kellan started kindergarten, there was so much stuff that had to be done, and I had to do it all myself.

A: Ha! Getting my boy into a great preschool and working really hard to pay for it.

A: When he was younger, the separation anxiety was nuts. So I’d get him comfortable on the couch to watch TV and build a wall of pillows around him so he’d think I was still there. Then I’d sneak away, get stuff done, and be back before he noticed!