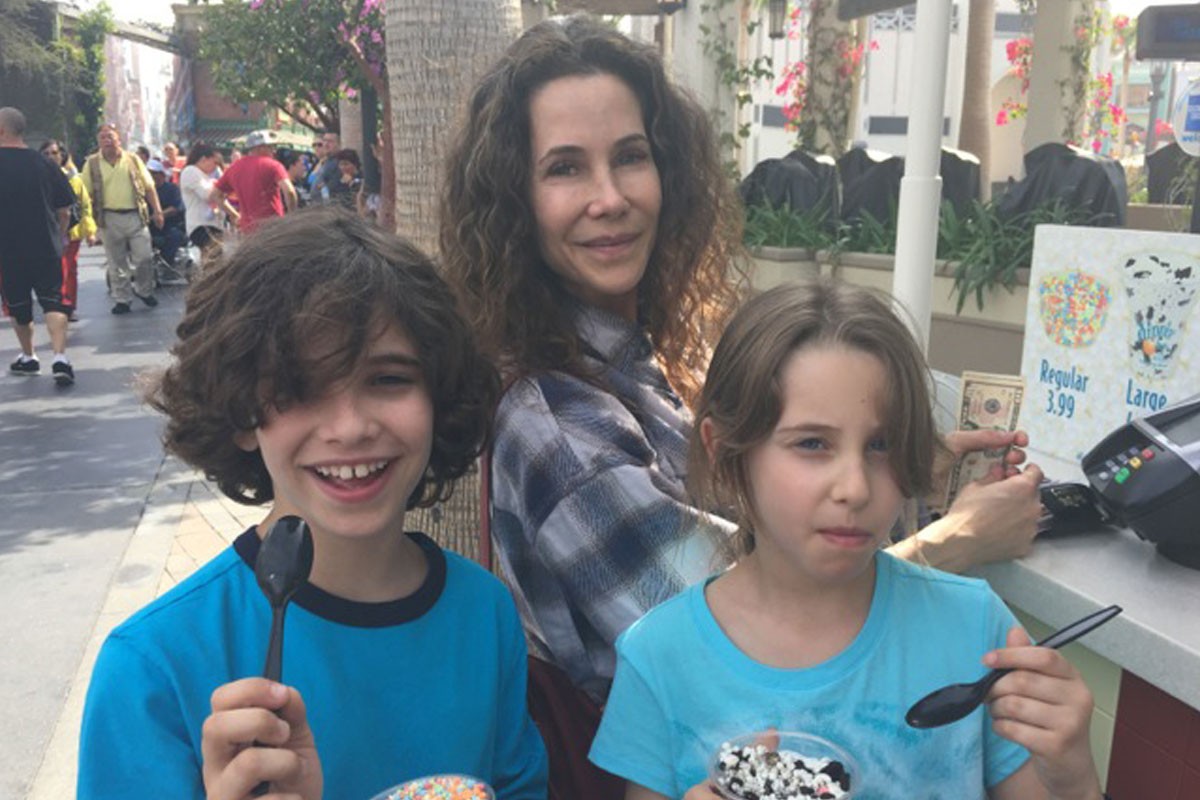 Born and raised in Queens, New York, single mom Alyson Steel ultimately landed in Los Angeles with dreams of a career in acting . . . and found success in her beautiful voice.

After graduating from New York’s High School of Performing Arts (made famous by the film and subsequent TV series Fame), she attended Queens College, receiving her bachelor’s degree in communications and theater. She then went on to Stony Brook University for her master of fine arts in dramaturgy—the study of dramatic composition and theatrical representation. (Basically, the dramaturge does for the stage what an editor does for film.)

Now Steel can be heard voicing national and regional campaigns for everything from Sears to Walmart to Guitar Center, and is the voice of E!, Fox, ABC, and the Hallmark Channel, among others.

Her newly released e-book, Alyson Steel’s Guide to Voice Over Success, is for those who want to fast-track their own careers in the world of voice-over. But her biggest success in life is in solo parenting her almost-10-year-old twins, daughter Alexis and son Jesse. (Yes, she loves Rick Springfield.)

Q: What exactly do you do?

A: I am a voice-over actor. I mostly do commercials, promos, imaging (voice-over promos that give the feel of a station, “Star! 98.7!”), narration, and when I get the opportunity, I love to do live announcements, video games, and animation.

Q: What brought you to LA?

A: I literally came to LA to “make it in TV and film,” with plans to go back to New York to do “as much theater as I want.” It’s still what I want to do. Here’s to still hoping!

Originally, I didn’t know about voice-over. I’ve always had a voice. Once I got to LA, after about six months of minor on-screen roles, I thought, I’m ready to do voice-over. I got the pull—which is ironic, as I came to LA to do on-camera. I studied, sought out teachers, got a small agent, and booked my first job fairly easily.

Q: What was your big break?

A: I didn’t really have a big break per se. When you look at the credits of people who suddenly become big stars, you see they actually did many guest- and co-starring roles before their so-called breakouts. I slowly built my career so I could make a steady living.

Q: Voice-over seems like a good career for a single mom. Can you recommend any resources for women trying to break into this industry?

A: I’m a resource! I teach. In fact, I can teach at a collegiate level. I also teach one-on-one via Skype ($150 an hour, or $400 for a pack of three). I wrote an e-book and have material available online. I’m currently producing a series of videos, which are essentially the same as seeing me in person. They give newcomers a comprehensive view of the industry and help them decide if they want to pursue voice-over.

A: My ex moved out when my kids were four, so we’re coming up on six years.

I was guilty of walking down the aisle thinking, Well, if it doesn’t work out, I can always get a divorce. Being in my 30s, I was on the baby path. I thought, OMG, I need to get married. I need to have a baby! At this point, it didn’t matter who I was going to marry.

When we were trying to get pregnant, he had fertility issues. I was getting older and had a miscarriage when we got pregnant “naturally,” so I said, “Why don’t we just do insemination?” and it worked.

But by the time we were actually trying via insemination, he told me, “This is all on you.” Suddenly he didn’t want kids anymore. So we had kids . . . not smart. But at least I had my babies. By 2010 I was pretty much the sole provider so marriage was like having three kids. I had to take him to court to make him move out. He sued me. Ultimately, I had to pay him to move out, pay his attorney fees, and pay him alimony for three years. To this day, he does not support his children at all.

Q: Did being a Solo Mom impact your career or your decision to pursue voice acting as career?

A: Not one bit. I was already doing everything I am doing now. I was established in my career. I’ve had full-time help from the time they were born. We weaned down to one day a week, and my ex has them 30% of the time.

Q: With you being a single mom, who is the male role model for your children—especially your son?

A: I grapple with it. It’s not that my ex can’t be a male role model. It’s that he’s limited. He sees them every week and tries his hardest. But trying his hardest wasn’t enough for me. He picks them up and drops them off on his days. I do have to tell him what to teach Jesse [about being] a man. It’s hard. I battle with that myself. Jesse is not in Scouts, but he is in Hebrew school, and sleepaway camp in the Jewish community is very helpful. My ex does teach my boy about camping, golf, fixing things—things I don’t do. He may not be the best role model, but he is a father figure.

Sometimes I do feel like the dad and the mom. But my ex is around consistently. He is in their life. He’s a father figure, and a man—so I’ll give him that.

A: A bit. There is definitely a different feel now. We don’t get invited on family vacations. Nobody thinks to do that. I don’t get invited to things that are coupled. I don’t mind being the third wheel, but people don’t want a third wheel. I sort of understand, but then I think, Come on . . . really? Especially if they are good friends.

Q: Was there a defining moment that drove home that you were raising your twins alone?

A: I had laryngitis. I couldn’t speak at all and was flat-out sick. I had two four-year-olds. It was a Saturday, and I was freaking out because I had no voice and had to work that Monday. My ex wouldn’t help. Finally, after calling three or four people for help (including my nanny), my cleaning lady came over.

A: My favorite is presetting. I do as much as possible the night before so in the morning everything is set: lunches, bags, toothbrushes, clothes—even my clothes. Being really organized is helpful.

Q: Of what are you the most proud as a single mom?

A: That I’m doing it! And I’m raising good kids. They make me proud—so just being able to do that. When I’m in it, I don’t really think about it. But when I step outside myself I think, Wow! Look at you!

But ask me again in a few years when the kids are teenagers.

Grammy Award–winning cellist and founding member of the Eroica Trio