Me, Myself, and the Eiffel Tower 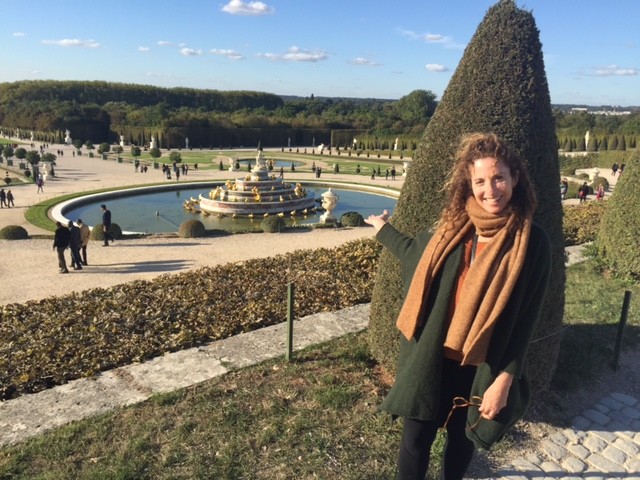 How I learned to separate in the City of Light

These last two years have been hard on me. My husband and I separated, leaving my teenaged daughter to live with me full time . . . as in 24 hours a day with a teenage girl, full time! Holy moly! If that wasn’t enough to warrant a medicine cabinet overflowing with prescription vials, I also had to navigate all the college crap, from SATs to FAFSAs (Free Applications for Federal Student Aid) and all the other acronyms in between. During the worst of it, I’d close my eyes, climb aboard my emotional life raft, and set off to my happy place: Paris! I’d mentally wander through the cobblestone streets without anyone wanting or needing anything from me. Ooh la la, alone! With Emily leaving for her freshman year of college in a couple of weeks, I thought, What the hell, you only live once, and I turned my dream into a reality. I cashed in miles, booked a cheap Airbnb, and was going to Paris for a week all by my little ol’ self!!

My friends strongly advised against it. They warned me Emily would be homesick and would need me, saying spring would be a much better time to take such a trip. But how long was I expected to give up my life for the sake of my kid? I’ve been doing it since I conceived, forgoing my beloved NyQuil when I had a cold. Enough is enough!

Emily reacted exactly as I thought: “How could you do this to me? What if something happens and you’re not around!?” You might think I felt guilty. What kind of mom isn’t there for her kid? But if anything, it showed me just how much she needed to separate from me. She had always been incredibly clingy. I thought she’d grow out of it and never imagined it would continue when she became of voting age.

Two weeks later, I arrived in Paris. As I took the train into the city, I scanned Emily’s long list of anxiety-ridden texts about how everyone else seems to have friends but her and how she has no idea how to take notes in college and that she’s sure she’ll fail. I pushed back my worries as I opened the door to my beautiful apartment! It was everything I dreamed it would be, with century-old stone walls, high beams, and the Marais district, overflowing with charming boutiques, right outside my oversized window. Despite her troublesome e-mails, I decided I had no time for guilt. I had shopping to do! 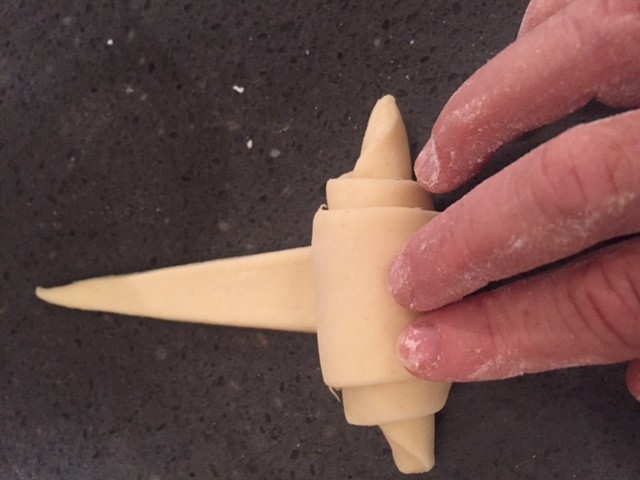 For the next several days, I kept myself busy logging in 20,000 steps going through my various wish list of activities. I took two cooking classes, one learning how to make croissants and the other salted caramel macaroons. I visited museums, wandered around a vintage flea market, and even spent the day bike riding through the gardens of Versailles with a wonderful group of people. I ate my weight in pastries and baguettes and chocolate chaud (hot chocolate so sinfully thick, you could almost cut it with a knife!). Emily and I had set up a regular FaceTime date. With the nine-hour time difference, my mornings were her evenings, so as I sipped my café crème, she would fill me in on what was going on in her new life. At first it was all complaints, but soon the conversations became more animated as she went on about her funny roommate, how they had her favorite banana waffles in the dining hall, and that she signed up to learn how to kayak. She was doing great!

But then something happened. By the fifth day, she was too busy for our FaceTime date. By the sixth, she didn’t even return my texts. She was doing it. She was actually separating! I threw her in the deep end of the college pool, and she was learning to swim. It was everything I could possibly hope for, and I was both proud and incredibly relieved—but part of me was surprisingly sad. Not sad exactly. It was a feeling that was unfamiliar. For the first time in 18 years, my daughter wasn’t clinging. She had loosened her vice grip and didn’t need me like before, and I found I didn’t like it. This idea had never even occurred to me! With her letting me go, I thought about her more and more. When I climbed Notre Dame and was face to face with the ancient gargoyles, all I could think about was how much I wished she were there. And when I was at Le Bon Marché, wandering through three stories of gorgeous food, the only thing I bought was food coloring for macaroons, figuring we could make them together when she was home for Thanksgiving break. 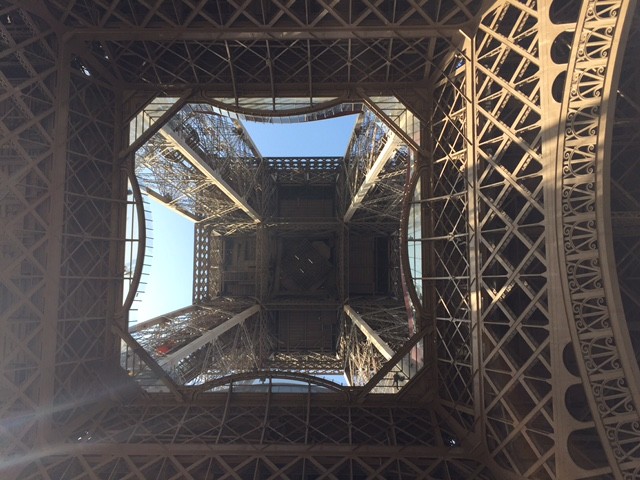 It was pathetic, really, like when I was dating and would cling to the leg of a cute boy who was rejecting me. I know it’s the natural evolution of things. Children need to separate from their parents. But what I never had to think about before was how hard it was going to be to separate from her. So on my last day in Paris, as I wandered down the Champs-Élysées and climbed the Eiffel Tower, it hit me that this whole being-alone thing wasn’t just going to be during this weeklong adventure. It was going to be my new norm. I would return to an empty home with my daughter starting her own life. As I walked back to my apartment for the last time, trying to adjust to this new feeling, my phone dinged. It was a picture from Emily of her breakfast plate overflowing with banana waffles, and I smiled. Well, I guess I won’t be entirely alone.