Fabulous Birthday Parties on a Budget 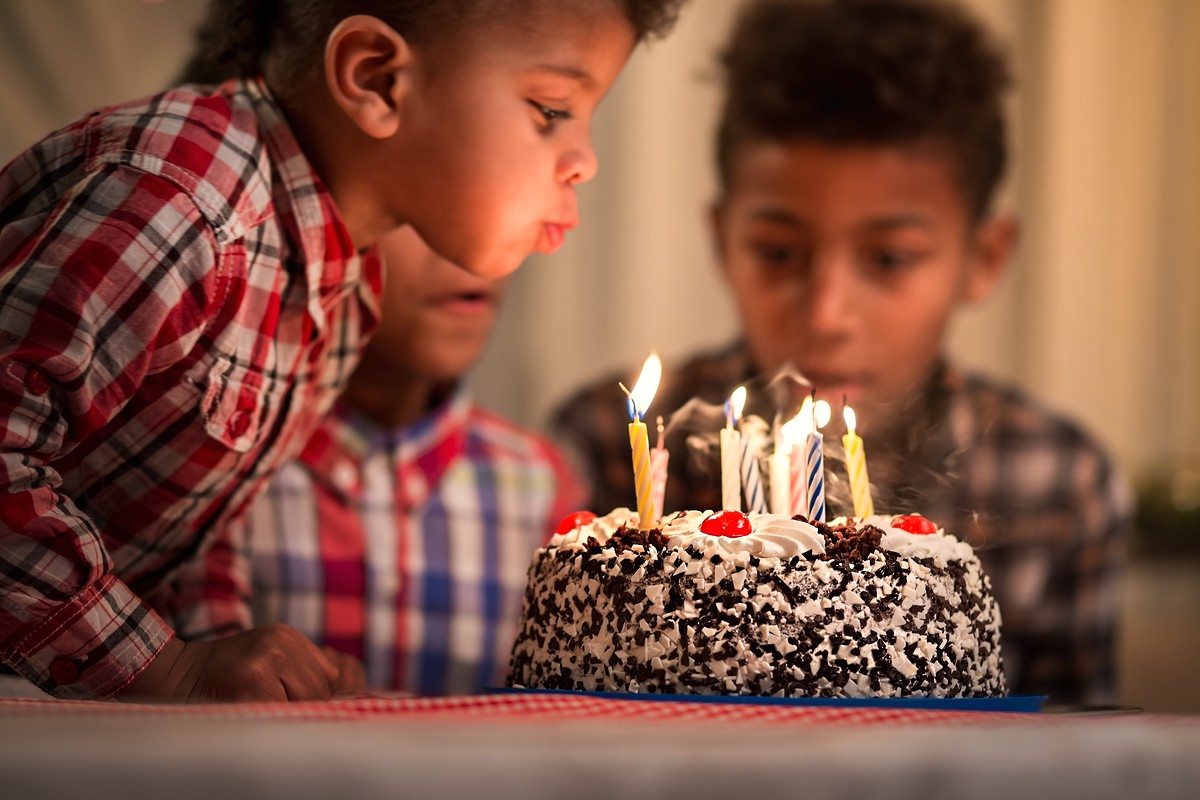 How to make your child’s birthday parties fun and memorable—without breaking the bank!

Hands down, the best birthday party I ever gave was when my son turned six. In those days, birthday parties were a family affair in our house, and every year I let my son (and his elder sister) choose a theme and help me design a cake.

The cake was an event in itself. When my daughter was turning three, a good friend of mine convinced me to try my hand at Wilton cake decorating, and she created a monster. From then on, I became obsessed with producing the most outlandish and delicious cakes imaginable. I wasn’t always successful in my efforts, but I had a lot of fun.

More important, the children had a lot of fun. We’d start talking about designs a few weeks before each birthday, and the children would help me design the cake of their dreams. For my son’s sixth birthday, he wanted a farm theme. Sounds simple enough, but at the time, we happened to live in a gated community in the heart of Bangkok, with nary a horse in sight.

At least my son’s cake request was simple. He wanted a sheep cake. The problem was, Wilton cake pans are very pricey, particularly overseas, so I had to get creative. I made two round cake layers, one a bit smaller than the other, and two cupcakes. I placed the smaller round on top of the larger one and frosted it all in white, and I covered the frosting in mini-marshmallows, except for a small circle on top for the face. I covered that bit in chocolate rosettes, piped with a Wilton tip, and made a face out of candy. The cupcakes were placed below the large circle at an angle to look like hooves and were covered in marshmallow and chocolate. Voilà! A sheep. It wouldn’t win a prize on Cake Wars, but my son thought it was the greatest cake he had ever seen.

For the party, I purchased a few bales of hay and spread them around the carport. My then-husband cut a barn out of a huge piece of red plastic from a stationery store, and we put photos of different farm animals in the windows. I downloaded barnyard sounds from iTunes and had it playing on a loop. For games, I went to the industrial section of town, bought huge burlap rice bags, and we held sack races. I also managed to find some horseshoes and hobbyhorses from Ikea, so we had horse races. Party favors were colored bandanas and plastic cowboy hats that I found in Chinatown for less than $1 each. I got lengths of rope and tied nooses on the end, and the children had to lasso plastic animals. Our piñata was a balloon covered in papier–mâché and painted to look like a pig. It wasn’t as sleek as the ones found at Party City, but it didn’t cost an arm and a leg, either, and the kids loved it.

Whatever the theme, it is possible to have a great birthday party on a budget. The trick is to get creative. Here are my best tips for successful children’s parties on a shoestring.

Don’t reinvent the wheel. You’re not the first mom to throw a party. Other intrepid women have come before you, and it’s likely they posted their ideas online. Those barnyard sounds on iTunes? I got that idea from a party site where enterprising moms post their most inspiring ideas. Don’t think of it as stealing; think of it as flattery.

Put the guests to work. Every great party needs an activity, and these days the host is expected to send guests home with some stellar swag. Why not kill two birds with one stone? For my daughter’s third birthday, we did a princess theme. (What else?) I bought yards of pink tulle and straw hats at a discount store and dug out all the buttons, ribbon, sequins, and glitter I could find in my art box. I laid it all out with the hats, and the kids had a field day decorating their own hat to take home.

Go retro. It’s become fashionable to throw parties for children that cost more than your wedding, but that’s not what children want. They want to have fun with their friends, and they want to do something different. A well-planned scavenger hunt will entertain the guests for hours, and encourage social interaction and cooperation (two skills in short supply these days). Think back to the games you played when you were a child, before petting zoos became de rigueur.

Skip the goody bags. When my children were young and attended weekly birthday parties, I asked another mother what I was supposed to with all the stuff in the party bags. She told me to throw it away. That was an aha moment for me. After that, instead of filling bags with plastic toxic junk for the guests, I gave them something related to the party (like the bandanas and cowboy hats). Sometimes I’d give them small books. Candy is expected, so I throw in one or two pieces, not a pound. The kids actually prefer to have something they’ll use, and their parents will thank you.

When all else fails, make frosting. A great activity that also doubles as a party favor is cake decorating. I’ve never met a child who doesn’t love frosting. I make my own, but you can use canned. For one party, I made miniature cakes and gave each child a Ziploc bag filled with buttercream. (Cut the tip off so they can pipe it.) Candies and sprinkles were set out in bowls, and the kids went to town. If you don’t feel like making cakes, you can use large cookies. It really doesn’t matter what the base is; all that matters to the kids is the frosting and candy.

Plan some sort of physical activity. With all that frosting and candy around, kids get hyped up. I always plan something at the end of the party to let them run it off. If you can’t go outside, clear the living room furniture and have a dance party. Challenge the kids to a jumping-jack competition. Do whatever it takes to tire them out before you send them home. The other parents will be eternally grateful.

Be flexible. One year we actually did book a petting zoo. Unfortunately, there was a huge snowstorm that morning, and the animals couldn’t be transported. That was the only activity we had planned so we had to think quick. When the guests arrived, we asked a few parents if they could stay and help. We tied ropes to our sleds, and the adults pulled groups of kids around in the snow. They had such a good time pretending that the adults were horses that they forgot all about the petting zoo.

Whatever kind of party you have, remember that all your child really wants is your attention. It’s not the money poured into the party that counts; it’s the effort. If the cake is lopsided and the games fall flat, as long as you keep a smile on your face and make your little one feel like the star of the show, he or she will be happy.

My darling babies are teenagers now, and their parties consist of a couple of pizzas and a movie, but they still enjoy designing their cakes. I’ll never be Martha Stewart, but that’s fine with me. I always thought the messiest cakes tasted best anyway.