Culinary Adventures of a Solo Mom 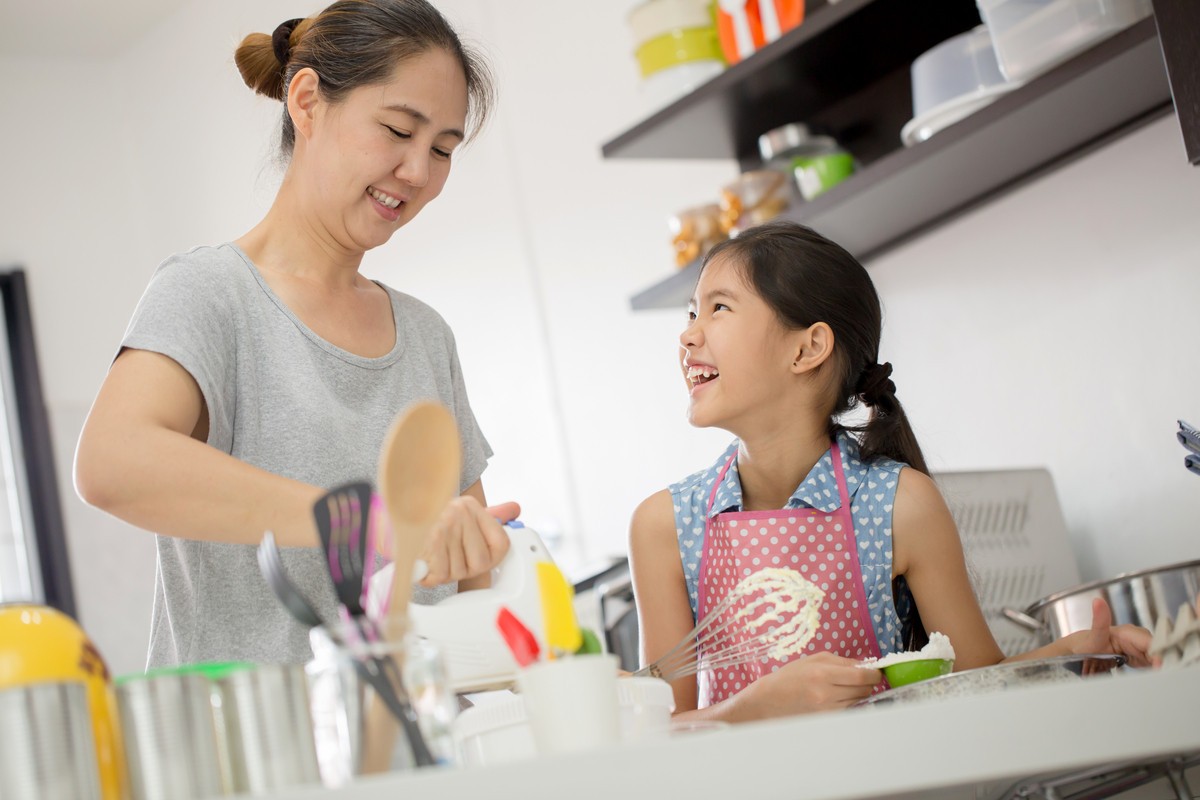 Your family doesn’t have to live on chicken nuggets

When my kids were young, we ate lamb necks and tendon more often than chicken nuggets. Here’s why.

When I first became a Solo Mom, I enjoyed the flexibility of not cooking. After a few weeks of cereal, beer (just for me, not the kids), ice cream, and eggs, I realized we’d all end up with scurvy if I didn’t start planning our meals better.

When I got back into cooking, I managed to avoid Hamburger Helper, mac and cheese, and chicken nuggets. One reason was selfish: I didn’t like “kid” food, and, as a Solo Mom, I didn’t have time to cook separate meals for everyone. The other reason was practical: kid food isn’t inexpensive. There were more frugal ways to eat.

I prepared and served food I enjoyed and that I could afford on my below-the-poverty-line budget. I also chose food that was easy enough to prepare even when I had to balance full-time work and family. I did endure a few painfully awkward moments, like the time a few little lunch guests raved about sweetbreads only for their mom to ask, “Can I have that recipe for banana bread?” The only sweetbreads were the pituitary glands of a baby cow. There is no suave way of communicating that fact.

How did I get my children to eat sweetbreads? If my kids rejected broccoli a day after it became their most favorite food ever, there was no harm in taking a chance on less mainstream foods.

That’s what I told myself when I served my kids the same foods I ate and failed to keep a stash of processed chicken nuggets, phosphorescent macaroni, pizza rolls, pizza bagels, and pizza on hand to accommodate their unpredictable and inherently irrational mood swings at mealtime. A day they rejected diced chicken could be the same day they learned to embrace avocado . . . until the next day when they spit out avocado as if I were feeding them fermented cabbage (which they actually loved) and ended up devouring leftover lamb necks.

My son’s favorite food is still beef tendon, a delicacy he has enjoyed since the first time I fed him little bits of the pleasantly chewy delicacy out of my bowl of pho when he was a toddler. My daughter who eschewed spicy food and attempted to dabble in vegetarianism (which I fully supported, as long as “vegetarianism” didn’t mean eating only pasta and potato chips), now enjoys sriracha and Lao Gan Ma.

My twins asked for beef cheeks on their sixth birthday. Why? How can you go wrong with soft, easy-to-chew meat. I was relieved about their request because, living close to a slaughterhouse, beef cheeks were both economical and something I happen to enjoy tremendously as well. Over egg noodles with a side of carrot sticks and fruit kebabs, we had ourselves a perfect, complete birthday meal.

Raising kids can be stressful, especially when they reject food. Spitting out dinner doesn’t mean that starvation is on the horizon, and it doesn’t mean children are rebelling against or rejecting you. It simply means that they don’t feel like eating what you’ve served them. Eventually, kids can cook for themselves. I figured that if my clan was exposed to more than macaroni and cheese, tater tots, and chicken nuggets, they would be able to find their way.

Refusing to provide special meals for my children didn’t make me some sort of culinary dictator. I was just exposing my kids to a variety of flavors and textures. Refusing certain foods for a period of time didn’t mean that they were refusing me or that they had initiated a hunger strike that would result in undernourishment. It just meant that they didn’t have a taste for bananas that day or that week or even that month, as insane and irrational as that seemed to me.

I chose to provide variety without resorting to factory-made “Frankenfood” meal after meal, but I was also open-minded enough to realize that the occasional PB&J on Wonder Bread is also OK. I can be a huge fan of McDonald’s McDoubles without being a huge fan of cooking separate meals for up to six kids that often are more expensive, less nutritious, and more time-consuming than foods I can make at home.

I’m not sure when or how tendon and offal got such a bad rap when hot dogs are essentially mechanically separated meat packed with nitrates and other chemicals, or why some of my kids’ friends turn their noses up at boiled chicken feet when they readily consume them ground up and hidden in “chicken” nuggets. (I will admit that chicken feet do look a bit like bony witches hands when they bubble up to the surface of a stock pot between shards of carrots, onion, and celery.)

This past Easter, I made a Wonder Bread casserole, baked ham, and broccoli salad with plenty of mayo and bacon. Some of my children, the youngest of whom are now in middle school, thought it was disgusting and opted to eat a microwaved sweet potato. Others thought it was the best meal in the history of the universe. The next day, as I turned leftovers into a creative omelette, the same kids who thought Easter dinner was absolutely delicious asked me what disgusting concoction I was trying to force down their throats.

Bottom line: kids are picky, irrational, and unpredictable. One option is for Solo Moms to make custom meals on demand. The other option is to roll with it. A few days of “I will absolutely not eat that ever!” is not the end of the world.

Instant Pot and Solo Moms: A Match Made on Amazon

Tips and recipes for your favorite new kitchen toy