Why I Watch (Crappy) TV to Escape My Solo Mom Life 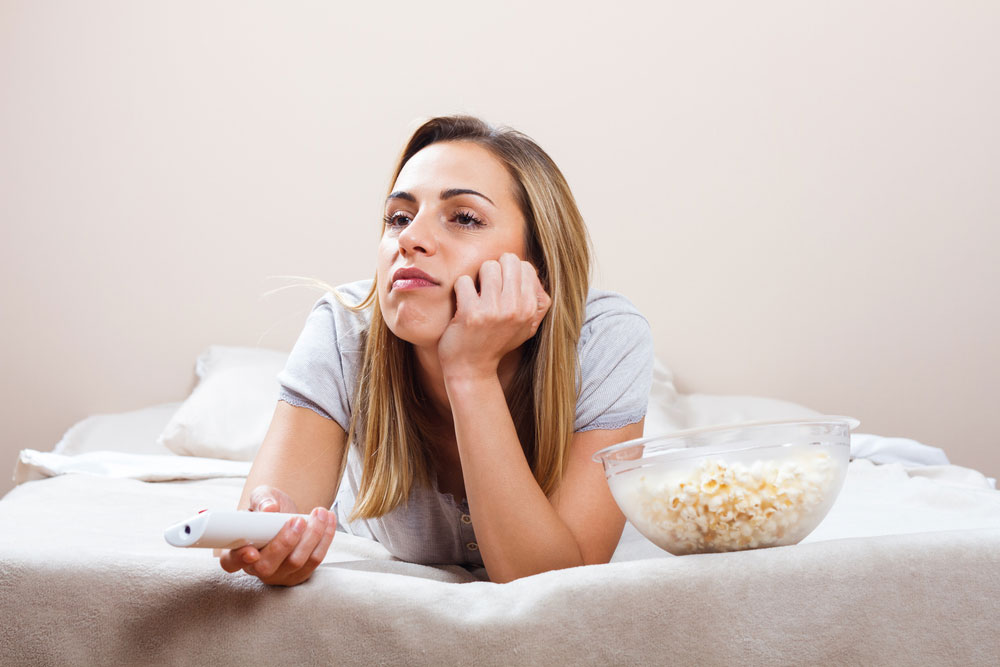 The twisted beauty of The Bachelor/Bachelorette empire

When I was leaving my ex-husband and making a go of being a Solo Mom for the first time, I spiraled way, way down into the rabbit hole of television—and I’m not one bit ashamed of it. I watched it all, the good, the bad, and the terrible: six mind-numbing seasons of Gossip Girl (which made me want to pull my hair out, but which I also couldn’t stop watching), a couple seasons of The Voice, and every possible episode of The Good Wife I could get my hands on. But my go-to was The Bachelor/Bachelorette empire, in all of its diamond-studded, American flag–bikinied, formulaic glory.

Suffice it to say that I was completely broken by the sudden crumbling of my marriage, by my ex-husband’s abusive behavior, and the realization that I was now a Solo Mom to a toddler and about to have a baby on my own. As I learned all about divorce attorneys and the best way to avoid being hoovered by a narcissist, I craved distraction.

Enter Juan Pablo, bachelor number 18, and a single dad who turned out to also be a total ass. Then there was Andi, who gained the virtual fist bump of millions of women across America after she told Juan Pablo he was an asshole and left the show on her own terms—and, soon after, was cast as bachelorette number 10. And then, perhaps my favorite, was Iowa farmer Chris Soules, who became bachelor number 19, and actually kind of stole my heart with his tractor and adoration for his small Midwestern town.

So here’s the thing about me and this brand of reality TV—the dating shows, the marriage proposals, the roses, the hair, and the tears in the back of the limo—I know it’s all fake. I know they’re all basically wannabe actors with head shots and soap-opera cameos and the whole nine. I know there’s an entire production crew watching these supposedly intimate makeout sessions. I know there’s a hair and makeup team retouching eyeliner and tucking stray hairs into elaborate princess updos between takes. I know the assistants are pushing endless alcoholic beverages and crossing their fingers for the ensuing drama. And I know the editing team hacks sentences out of long passionate monologues and places them out of context to craft the audience’s perspective of certain characters—because after all, every good drama needs a beloved heroine and a heartless, bitchy villain.

And even though I know all of this, I still watched.

I couldn’t bring myself to look away. I mean, everything was so . . . disturbingly perfect. So unrecognizable. So different from my own life. I watched as perfectly toned women in ball gowns plane-hopped around the world; picked at fancy five-course dinners on deserted, moonlit beaches with the same square-jawed man; and recited love poems at the edge of crystal-blue pools. I watched first kisses and second kisses and thought, Wait, those two contestants look almost exactly alike.

Of course the dates, the characters, the budding Bachelor/Bachelorette romances were all totally fake renditions of love in a materialistic society. And the thing is, none of it (none of it) was even remotely similar to the type of partner or relationship I’m usually drawn to. Nor did any of the girls resemble me at all—I’m not a blonde Barbie doll, nor do I know what to do in heels or which fork to use at a fancy restaurant or how to waltz across a lawn party like a graceful ballerina. Nope. Give me dirt under my nails, a hike in the woods, a messy mom bun, the smell of campfire, and a guy wearing ripped flannel.

But to be honest, at the time, reality TV took my mind off of my own (very depressing, very overwhelming) circus of a Solo Mom life. It gave me something else to focus on besides my own stress and anxiety, my impending labor and delivery, and the fact that my two-year-old still wasn’t sleeping more than three consecutive hours through the night. Reality TV provided a much-needed reprieve. When my son went to bed, I would sit on my couch, feeling my baby kick and stretch, watching tearful confessional after tearful confessional, and wondering why on earth people watched this show but also totally getting why it was so popular.

And perhaps the most interesting part was, while I was watching The Bachelor, I was simultaneously reading books about abuse and control, trying to sort out what on earth had happened in my dysfunctional marriage. And in nearly every single episode, I would see examples of the red flags that appeared in my books. As contestants professed their love after a few days of knowing each other, as men got drunk and blathered on about their crazy exes, as they boasted about being pretty or popular or successful or having tons of money, as they exhibited controlling or misogynistic behavior . . . I found myself feeling oh so grateful that the drama was (a) fake, and (b) on that side of the television screen.

What do you watch to escape?