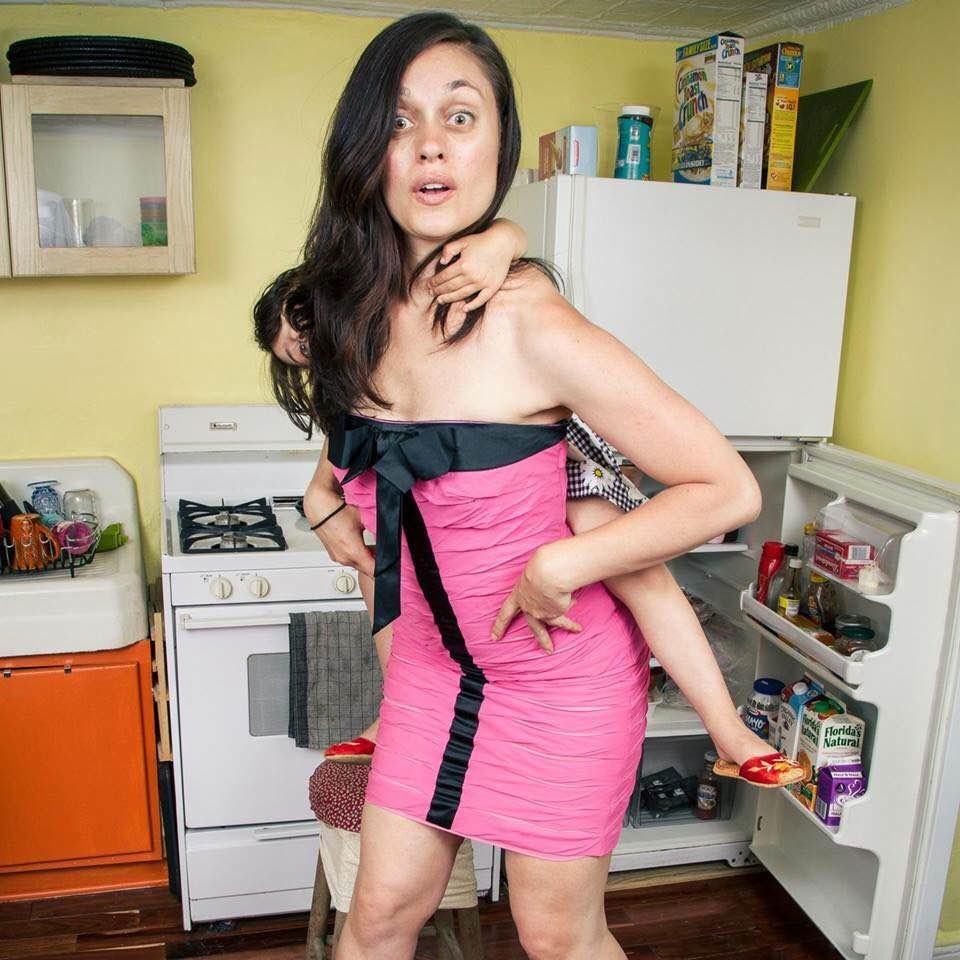 A comedian/lawyer gets serious about solo motherhood

Onstage, Solo Mom Julie Kottakis talks about what kind of strip club she’d open for women and shares her mother’s advice on how to find a boyfriend. Offstage, she takes care of her daughter and works as an attorney. Here on ESME, she shares her thoughts on the similarities between comedy and the law, why she’s more productive now that she’s a mom, and the worst thing moms do to each other.

Q: You’re a lawyer as well as a comedian. Which came first?

A: Technically, I did comedy first because I started doing stand-up the summer of my second year of law school, before I officially became a lawyer. However, as we say in the legal world, we practice the law because we’re always learning, and I would say the same about comedy. I’m always learning and getting better. So I’d say I started comedy and law about the same time.

Q: How did you start doing stand-up?

A: After my second year of law school, I had a wonderful summer break of not having to spend hours in the library studying. I decided to take advantage of the extra time. I’d wanted to write comedy for quite a while, and I thought taking a stand-up class might help get that process going, as far as learning how to write material and trying it out on people to see if it was, in fact, funny.

A few years before that, I went to observe a stand-up class, and the teacher just threw me onstage. I hadn’t prepared anything. Some of the male students made sexual comments about my appearance, which is even more shocking to me now, knowing that getting heckled is rare for me, and particularly in what was supposed to be a supportive environment. In any case, I tried some stuff out and got a couple of laughs, but I decided to not pursue it because I didn’t care for the people or environment. I’m glad I went back to it a few years later, despite that experience.

A: I got pregnant in the beginning of my second year of law school, just after I started doing stand-up. I still have trouble talking about the details of how I got pregnant because it was not a good experience, and there are other lives involved. So let’s just say it was an unfortunate incident that resulted in a wonderful addition to my life. Making that decision was very difficult. I was 32, in law school, unemployed, and knew I would be doing this entirely on my own without help from the father. Everyone thought I was crazy, but I decided I could do it—and I did.

Q: How do you manage all those late-night stand-up gigs while also working a day job and parenting your daughter?

A: Oddly, now that I have a lot on my plate, I’m more determined than ever, and I do more than I’ve ever done. I honestly don’t feel that I’m spreading myself thin. I’ve learned how and when to say no, and that is an invaluable skill. If I feel I’m doing too much or it’s taking a toll on my daughter or me, I slow down.

My daughter is my priority, but I’ve learned that I have to make myself a priority, too. I do what I love and don’t waste time on things that don’t contribute positively to our lives. If I’m not with my daughter, I make sure she’s with a loving, caring adult. My goal is to not work a full-time day job outside the field of comedy; but, in the meantime, I’ve chosen a legal job that fits my lifestyle perfectly.

Q: Do you think in some ways it’s easier to be a Solo Mom than it would be to have a partner?

Q: Are you good at asking for help when you need it? Whom do you reach out to?

A: I was always terrible at asking for help until now. You really do have to let go of pride to ask for, and accept, help. My family helps a lot, both financially—particularly in the beginning when I wasn’t employed—and with watching her. I reach out to friends when need be, but I try not to. I made the decision to have my daughter, and I try my hardest to do as much as I can on my own.

Q: What’s your greatest challenge as a Solo Mom?

A: I would say emotional support, but I don’t think it’s a given that married mothers get emotional support. Financially, it’s harder for me because I don’t get child support. I also have the weight of making every decision on my own. On one hand, I like that; but there are times when it would be wonderful to get an opinion and share the responsibility or to have had company when I rushed my daughter to the emergency room for a high fever, for example.

Finances and responsibility seem like small issues, though, when the main thing I’m concerned about is my daughter asking why she doesn’t have a daddy. That discussion will be tough, but we’ll deal with it. She’s resilient. I try to be all the things I think my daughter would need from a mother and father.

Q: How does being a Solo Mom impact your career—either as a lawyer or as a comedian?

A: As a comedian, it’s been a wonderful wealth of material. It’s given me a way to work out the insecurities in my head and been rather therapeutic. The downside—and this applies to both comedy and the law—is that I can’t invest the amount of time people without children, or who have help, can.

As a lawyer, I don’t apply to certain jobs because I know I can’t work long hours. This has the effect of restricting my earning potential. If my daughter is sick, I have to find someone to watch her or take off work. I usually take off work because I want to be with her, which at certain jobs could be very problematic. I’ve chosen a job that has a family-friendly environment and works with me.

As a comedian, the downside is that I can’t be out every night networking, going to open mics, or taking certain gigs, so my progress is a bit slower. However, the time I do put in is 100%.

Q: Do you try out your material on your daughter? Does she think you’re funny?

A: Not really. It’s a bit too mature. But she thinks I’m silly, and she’s made comedy recommendations: more about butts and farts. I’m taking it into consideration. We’ve done a couple shows together and had a blast. She loves to perform and steals the mic away from me.

Q: Do you have any Solo-Mom wisdom to share with other moms?

A: Like I said before, it’s so important to make yourself a priority and to ensure balance in your life. Make good choices, know your priorities, and be patient and understanding with yourself.

A: That I’m doing it! I love being a Solo Mom, and I’m very proud of it. When I tell people I’m a Solo Mom, I inevitably get that look of pity because they assume I have a difficult, sad life. I have no idea why anyone would think this. Yes, I make different decisions now because my priorities have changed, but I don’t resent any of it. I have an amazing daughter and am pursuing my goals.

A: The worst thing I’ve seen is mothers critiquing other mothers. We’re all mothering the best we can, and the best thing we can do is support each other with no judgment.

Elizabeth Laura Nelson is a Solo Mom to two daughters. She runs a nine-minute mile, bakes a mean chocolate-chip cookie, and can always be persuaded to sing at a karaoke bar. You can follow Nelson on Twitter at @AnotherAnnie.