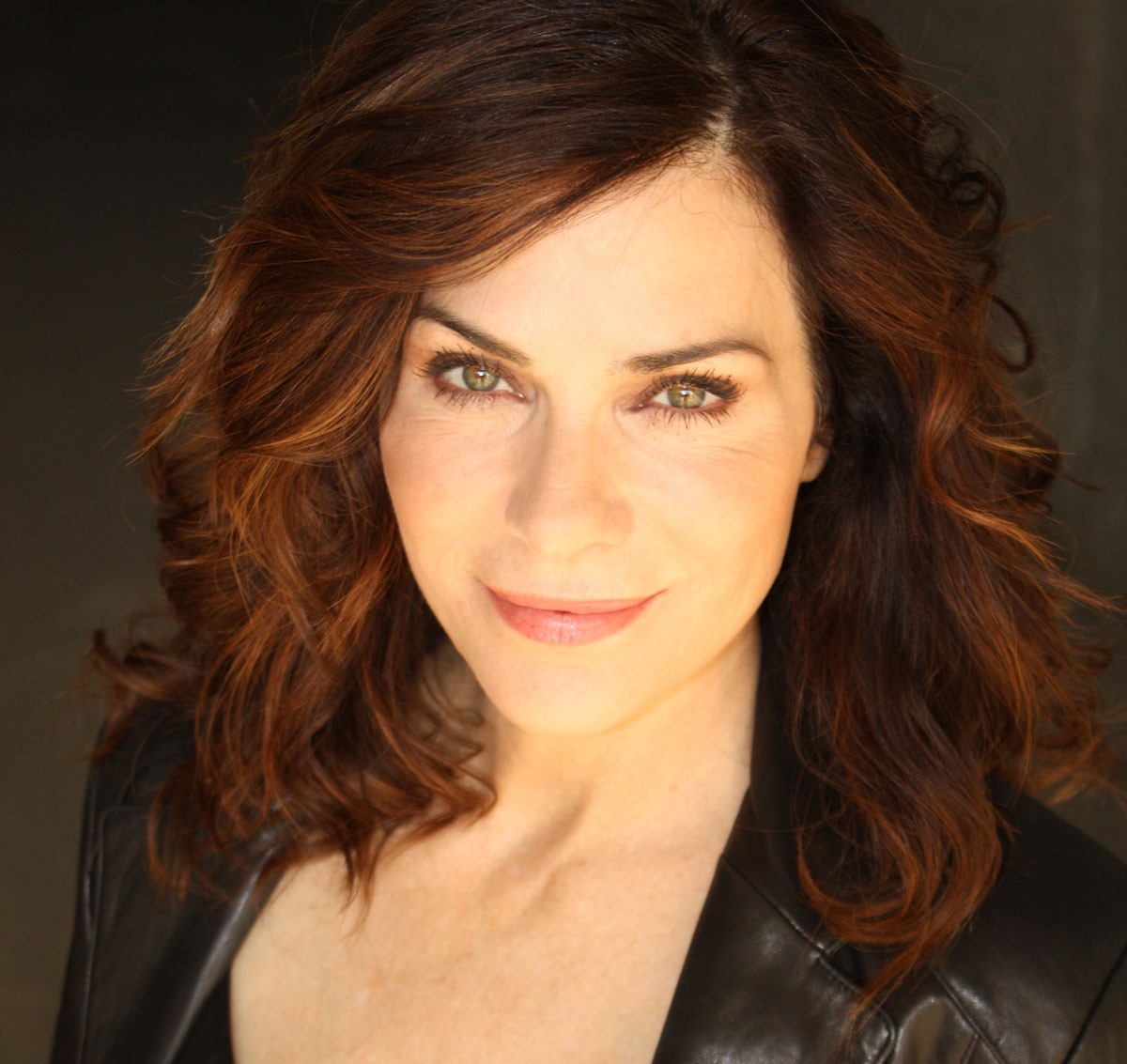 Los Angeles’ Holly Gagnier is a proven actress on both coasts, appearing on stage, screen, and television. Establishing herself early on playing teen mom Ivy Jannings on TV’s Days of Our Lives, Gagnier went on to play Cassie Callison on One Life to Live and most recently landed in Port Charles channeling Jennifer Smith on General Hospital. In between she’s guest starred in more than 70 TV shows and, in the midst of it, took off several years to raise her daughter, Grace.

Q: Is your General Hospital arc complete? Did they kill you?

A: Jennifer Smith is a character from the past, and they left it open for her to come back. With such tremendous response from the fans, I’m hoping. I’ve done off-Broadway, I’ve done films, I’ve done series, been in a ton of plays, and I still think to do good acting, if you can do a really well put together performance on daytime TV, you can do anything.

A: I’ve been teaching at Playhouse West in North Hollywood for 22 years. It was cofounded by Jeff Goldblum and Robert Carnegie and has incredible alumni, from Ashley Judd to James Franco. So many people who are working actors still go to the school and teach and are part of our core theater group. I have a huge mentorship program and constantly try to procure work for my students.

Q: How did you get your start?

A: I’ve worked since I was young. I was actually a professional ballerina, but dancers’ careers are short lived. At 15, I got cast in a milk commercial with the cast of A Chorus Line. The choreographer encouraged me to pursue acting. I did a lot of commercials and then segued to full-time acting.

A: I met my husband fairly late and was pretty focused on my career. Then my dad passed away, and it forced me to take an accounting of my life, my priorities. I reassessed everything, and within six months I was engaged. But my husband and I both worked so hard at our careers that we lost sight of the goal. We made so many other things a priority besides our marriage that we ended up being more business partners than husband and wife. We are still incredible friends and coparents. It’s not easy, but there is a high road that can be taken.

Q: How did you manage?

A: [My daughter] Grace was three. I’d left acting to be home with her, so we decided that with my schedule, it would be better for her to live mostly with me. We had an open-door policy, and he came over all the time. It worked great. Sometimes people put so much emphasis on hurting their partner, when, in reality, the partner is going to move on. It’s the kid who ends up with far more ramifications. I’m a child of divorce, so I know.

Q: Did being raised by a Solo Mom affect your life choices?

A: My parents divorced when I was five. I’m one of five kids. And my mom didn’t drive—that’s hard in LA. We’d do Christmas with my mom and then see my dad separately. Once we were grown, we said, “Can we all just be together on a holiday?” Eventually, we did, and toward the end when my mom was ill, my father helped take care of her. It was good. But as a kid, it was tough. I swore I’d never do that to my kid. So no matter how angry I was with my ex, I told him, “I’m taking the high road, and I’m forcing you to join me.”

Q: How did being a Solo Mom impact your career?

A: I’m lucky that my ex is good about child support. Not everyone has that. I’d set it up so I could quit working and live off my savings and support, and be there for Grace. I waited until she was in first grade to go back to commercials—and only those shot in LA. Sometimes people got upset, but I had producer friends and agents who were supportive. As Grace got older, I went back to teaching because I needed to be back in the swing, back around actors.

It’s good for my daughter to see I can work and be home for her after school. I find the teenage years to be the most challenging. The older they get, the more they need you.

Q: When you went from being married to being single, did you feel a shift in your community?

A: I think I was invited to more things! Everyone had someone they wanted to fix me up with. I went on every single date. You have to be open to meeting people.

A: When someone tried to break into my house, demanding I open the door. He was wearing a mask. I was terrified and felt like a sitting duck. I now own a gun.

A: I can fix almost anything around the house. And if I don’t know how, I study and learn how. It’s great for my daughter to see me get things done. No such thing as damsel in distress. Just let the guys think you are!

Q: Can you recommend resources for women who are trying to break into acting?

A: I wouldn’t recommend anyone break into acting—it’s too unreliable. But if they insist, they should take local workshops. A good start is comedy improv. We have a great program at Playhouse West. Nothing like laughter to heal a broken heart.

A: I’d say be open to the silence. It’s in those moments when you are just sitting there, in the most unusual places, that information leaks out. My mantra is, “I understand,” “You’re right,” and “That must feel awful.” If I say that when she vents, then later the truth comes, and she has more insight from me just listening.

Q: You’re an actress. You let people say their lines.

A: Everyone wants to be heard. So many of my students have been told not to vent, “Stop being so emotional!” “Stop it and grow up!” I tell Grace to be respectful, but don’t hold it in. I’m the safety zone. Kids need somewhere to let those feelings out.