Organization and Support for the Solo Mom 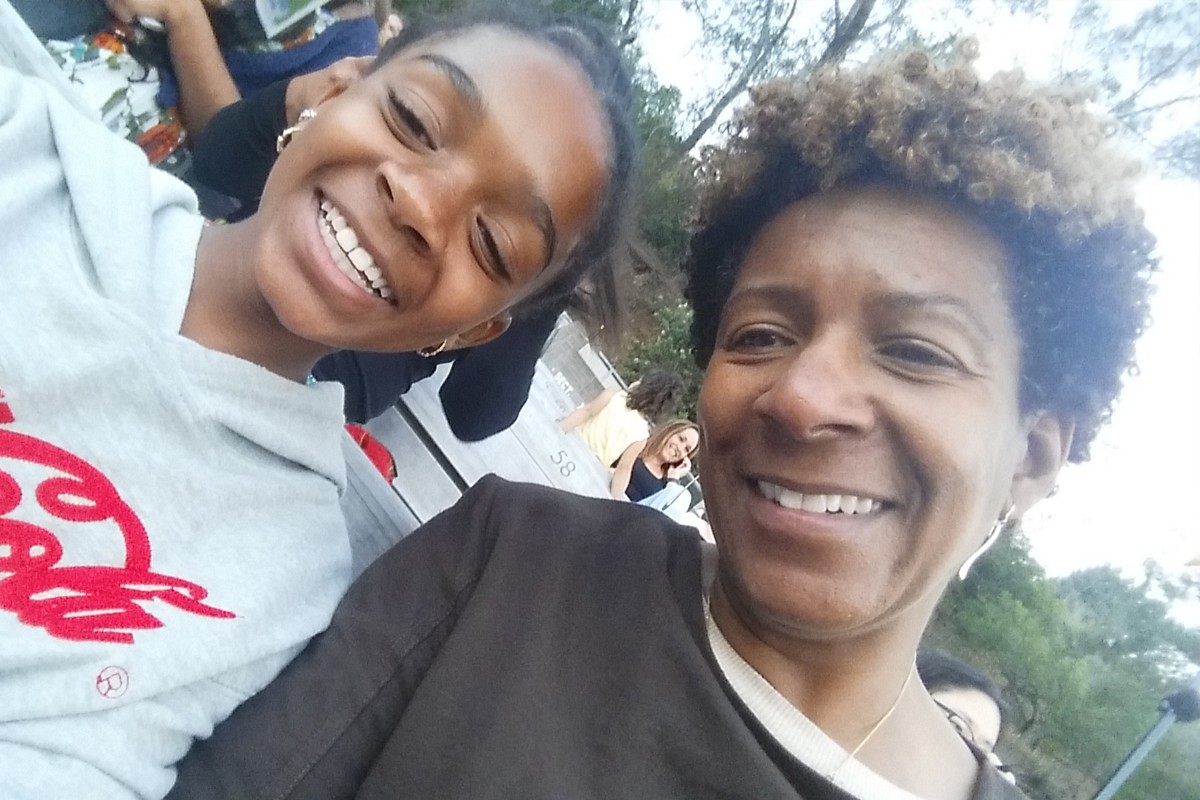 Long Island native Robyn Reynolds moved to LA to pursue a career in entertainment—and was welcomed by the Northridge earthquake. Perhaps it was a sign that things in her life were going to shake up.

After some time working as an actress, Reynolds found herself the solo breadwinner in her marriage, so she decided to make the switch to a more traditional career as an office manager. In the process, she made her now 12-year-old daughter, Kennedy.

When Kennedy was five, Reynolds and her husband divorced and Reynolds fashioned a new career as a professional organizer. She founded Organize2Harmonize—a company designed to “manage the mundane, simplify the complexities of everyday life, and bring harmony to the office and home.”

She is also a “momager” to her daughter, as Kennedy has been modeling and acting since she was seven months old.

Reynolds has published her first book, A to Zen: 26 Tips to Inspire Organization, (O2H Publication, 2014) and has recently founded the support group Single Moms of SFV to bring connection, support, communication, and guidance to Solo Moms of California’s San Fernando Valley.

Q: How did you get into the “organization” biz, and do you think it is a good career choice for Solo Moms?

A: I never knew that professional organizing was a career. When I found out, I knew I wanted to do it. I had no idea how to start a business, and the idea of giving up a steady paycheck was rather daunting, so I began doing it while I was working full time. When I got laid off, I put all my energies into building my company. I joined NAPO [National Association of Professional Organizers] and figured it out from there.

I love it as a career, but it is not an easy business to build. The percentage of people who actually do it full time is much smaller than those doing it on a part-time basis. The most important thing to remember is that you also have to run the business and not just do the work that is so enjoyable.

A: When my daughter was five, my ex-husband and I divorced and he moved across the country. To answer this question spiritually would be to say that God wanted me to have my daughter so this is why my ex and I met. I never really wanted kids. I agreed to have one because my ex was 14 years younger. Realistically, we split because we were just too different. We didn’t want the same things and probably shouldn’t have been together in the first place.

A: Being a business owner is definitely a huge benefit as a single parent. I have control over my time. I decide if I can attend events at her school, volunteer, or go on field trips. But being a Solo Mom with no family has been challenging. Not always being able to afford babysitters, I had to rely on friends for help, and I’m not one who asks for help easily, so it wasn’t convenient to go to networking events in the evenings or the weekends. I had to make choices about where money should go: to my business or to extracurricular activities.

Q: What are your resources?

A: In the beginning when I was working, I hired a sitter to pick Kennedy up from school. I also had a circle of friends—ones I’d had for years, long before kids or marriage—that would help out when needed. It’s easier now that she is older and more independent.

A: There was a bit of a shift. If my daughter was invited to something, I wasn’t necessarily included—especially if they were new friends and the parents were coupled.

A: When my ex left, it was immediately apparent that I was now a single mother. It was really evident when I had the flu and my daughter needed to get to school. I had to get up, get her ready, make lunch, and take her . . . then pick her up in the afternoon. Those days were awful. Luckily, I don’t get sick often!

Q: Why did you start Single Moms of SFV?

A: I was a member of a mom group out of my area. I found it extremely supportive and wanted one in my area so I could connect with other single moms. When I couldn’t find one, I decided to create one myself.

Right now Single Moms of SFV is a Facebook group page. It is meant to be a nonjudgmental forum where moms can ask questions, find resources, friendships, and anything they may need. I want it to be a source of support. I’m trying to grow it by word of mouth and inviting people I know to the group . . . then asking them to invite their friends, and so on. It’s had a little slower start than anticipated, but I am committed to making this something special.

Q: Do you have a favorite single-parenting tip?

A: Don’t be so hard on yourself. None of us is perfect, and it is easy to find fault. We just have to trust that we are doing the best we can. They say when you know better, you do better. I try to do better every day.

Practically, I don’t think I have any fun mom tips. I’m super organized, so I don’t have shortcuts. Ha ha!

Q: Of what are you the most proud as a Solo Mom?

A: I am proud that I have not been an employee for almost a decade, and I’m making a living doing what I love. Times have not always been easy, but it has been worth it. I rely on the strength of the women who raised me to get me through when there is no one else there.