How Impostor Syndrome Hinders Women at Home and in the Workplace 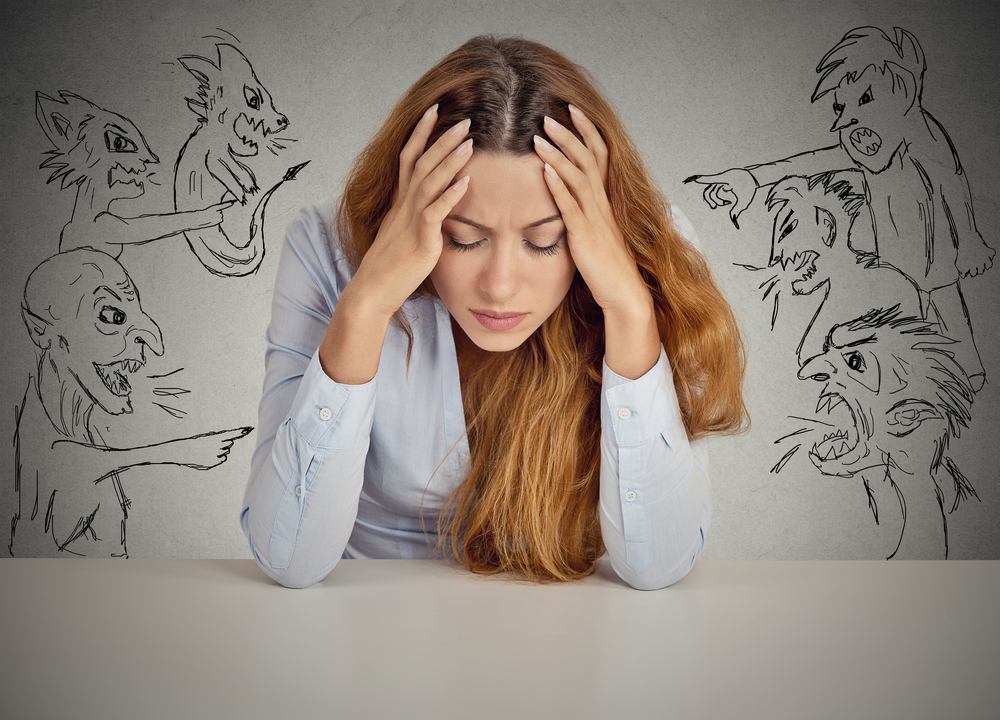 Whether it’s the way I parent my children, the state of my home and finances, or not taking better care of myself, I dwell in continual fear of not being good enough. As Maya Angelou once said, “I have written 11 books, but each time I think ‘Uh-oh, they’re going to find out now. I’ve run a game on everybody, and they’re going to find me out.’” That sentiment echoes loudly in my mind during moments of insecurity and likely what keeps many moms awake at night going over to-do lists (or, in my case, writing this article). I am forever plagued by what it is I should be doing and the inevitable guilt that follows not doing it, which makes sitting down, sleeping, or even enjoying my kids rather difficult.

As is true of all great tasks, a little self-doubt safeguards against complacency, keeps us vigilant and our skills sharp. However, it can take on a more extreme variation at times, leaving us feeling frustrated, hopeless, and like our efforts don’t make a difference (enter depression and anxiety).

I stumbled on an article about impostor syndrome not long ago, and it struck a chord with me.

The article says impostor syndrome “occurs among high achievers who are unable to internalize and accept their success. They often attribute their accomplishments to luck rather than to ability, and fear that others will eventually unmask them as a fraud.” So despite the life experience I may accumulate or the credentials I may have rightfully earned, the fear that I’m unqualified to do the things I aspire to accomplish and that someone will point it out is always there—making me more determined to build my professional credibility before going public with my services. Seems it should work the other way around, doesn’t it?

Not surprisingly, impostor syndrome affects more women than men, although anyone can suffer its effects. The pressure we put on ourselves and one another, especially in our ubiquitous social media culture, presents a daunting and often unrealistic way of doing things. Real life is messy, unpleasant, and hardly marketable in its truest forms without exaggeration. The pretty pictures we see in ads and throughout social media, however, remind us of everything we aren’t doing or don’t have, thereby perpetuating the perceived void in our lives, that we aren’t living our lives in “the right/best way.”

Never mind the ongoing traditional biases against women in the workplace, now we’re heaping criticism on one another about the domestic work of child-rearing.

Ladies, I have one question: Can we do anything right?

Given the wage gap, the daily undercurrent of blatant sexism, a rape culture that we’re trained to guard ourselves against, and the throngs of men ready to condescend to us and defend their archaic preconceptions of us as the “weaker sex,” it’s no wonder we don’t believe in our capabilities. We can do most things men can do—sometimes in heels; with children in tow; while bleeding for days or battling depression, chronic illness, or pain—and do so with a smile under a full face of makeup because “we’re prettier when we smile.” [Cue internal screaming.]

The good news is that this mental framework is just that: a mindset. Whether we beat ourselves down or build ourselves up, the amount of work is the same. We are our own worst critics when we justify our self-deprecating or self-sabotaging behavior by calling it humility. Forbes interviewed six female entrepreneurs to discuss impostor syndrome and how they decided to combat it. One way is to surround ourselves with those who will encourage and remind us what we are capable of, such as our fellow moms here on ESME. Another way is to remember that we have something to offer and are here to serve others with our talents rather than to prove our worth to our critics. I’m not an entrepreneur (yet), but there is a comparable level of devotion, work, and sleep deprivation involved in raising children as there is in running a business. To those of you who do both simultaneously, you are my heroes.

If you align yourself with the things you are passionate about, you drown out the voices of your critics. If you love what you do and it gives you a sense of purpose, congratulations! You’ve found your calling. Don’t let others (or your inner critic) verbally diminish your potential or your achievements. If you love what you are doing, you deserve it and you can achieve it. No matter the pace, forward is forward.

What do you do to combat the feeling that you aren’t good enough?