Celia Behar Lets Moms Know They Are Not Alone 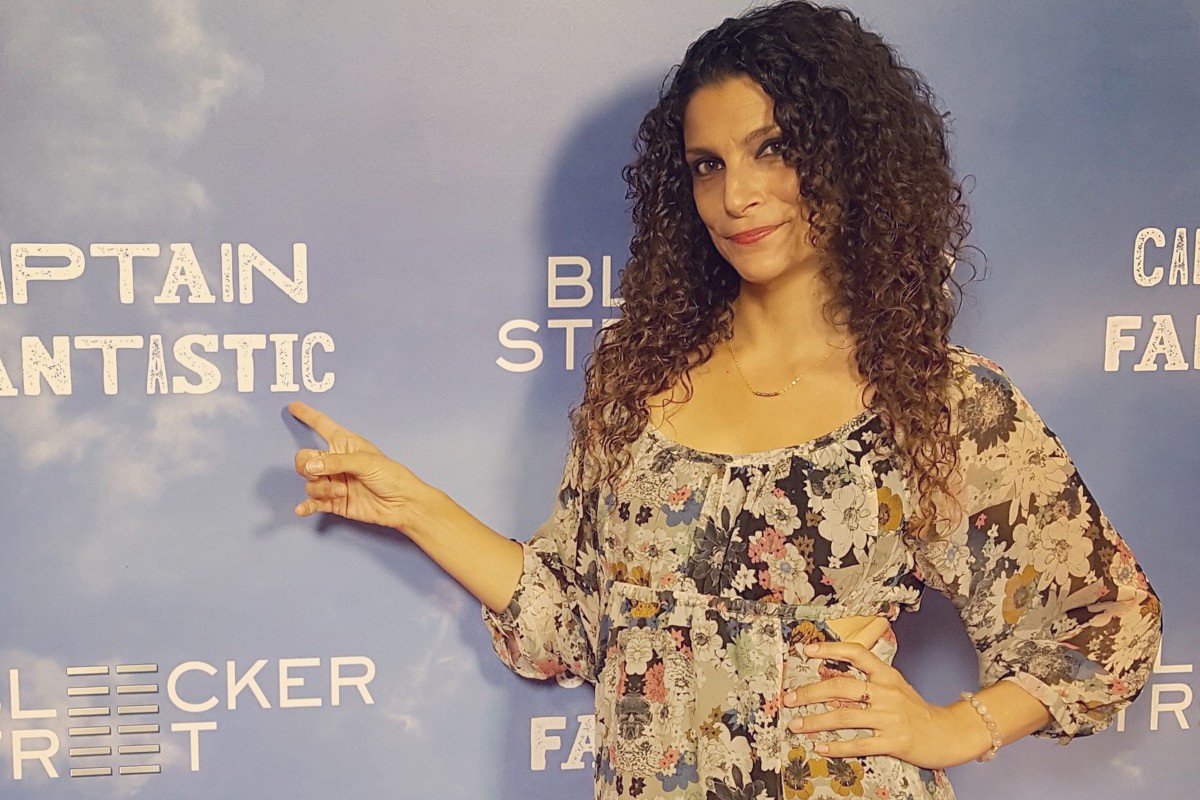 An interview with Solo Mom and President of Lil’ Mamas

When Alisan Porter was pregnant, she wanted to start a Facebook chat group with a few of her confused and pregnant friends. She added her gal pal and ex-babysitter, Celia Behar, because she already had two kids (Harper and Lulu) and could honestly answer the questions these pregnant women wanted to ask. She was able to tell them that the “stuff coming out of their vaginas” was their mucus plugs. No question was taboo; no information too much.

Gradually more mom friends joined the conversation, and the little Facebook group grew into a website. Behar gave up her life in upstate New York and moved to LA to develop Lil’ Mamas with Alisan into a unique and important resource for moms across the globe.

With lots of fun features, including product reviews, mom events, a message board, and a weekly “mamapreneur” showcased, the onetime Facebook group of six now has a reach of more than 80,000 mamas. Lil’ Mamas has become a force—a place to give virtual hugs to any mom who feels alone, afraid, and unprepared for what motherhood can bring. Most important, Lil’ Mamas is a home where a mom can go for a good laugh. Lord knows we could use one.

Q: Do you like living in LA? Sorry about the heat.

A: I love it here. I have a pool in my complex—thank God. I’m lucky I can work out of my house. Stacks of Mama shirts take up half a closet.

A: I’m a mental-health and school counselor and was working with at-risk kids. It was a great job but something you burn out on. We were living in upstate New York. I was isolated, and my marriage wasn’t great for a long time. I was increasingly unhappy because I wasn’t living the life I wanted to live.

My husband was in the arts and not around much. He lost his job and wanted to move back to New York City. There was no way I was moving to New York City with kids. Ali was in LA and had so many online mom friends in LA that I told my ex if we were going to try to make it work, we had to relocate to LA. We took a gigantic risk and packed up and moved. We tried for about a year. It didn’t work.

Initially, I worked for several different companies, but what I really wanted was to make Mamas my main business and have a private practice as a life coach, as it combined all my credentials and experience into one practice. I grew my practice from two clients to 30.

Q: How did Lil’ Mamas begin?

A: Alisan called. She was pregnant and wanted to start a Facebook chat because on all the mom sites she checked out, everything was perfect—everyone felt great. She didn’t feel great. She felt terrible.

Alisan started a chat on Facebook with six of us. For the most part, we talked about everything. There was nothing I wasn’t going to say.

Now we have 3,500 Mamas from across the globe in a private Facebook group with a wait list of about 400 that we slowly let in.

Q: How did you transition to the site?

Ali said, “I feel this is bigger than the Facebook group.” We realized there was no site that wrote about parenting, motherhood, and being a woman that was relatable—where motherhood wasn’t fancy and great and fantastic and amazing all the time. You could call your kid an asshole because sometimes your kid is an asshole.

She felt we were onto something. I’m still not sure why she asked me to partner with her, but I’m grateful she did because it changed my life.

Q: Did you grow the site after you moved to LA?

A: Ali and I were able to see each other a lot more. We became approachable. People were comfortable and willing to disclose.

The first thing that put us on the map and gave us our mission to really help moms was when the son of one of our moms was diagnosed with leukemia. She had just booked a family cruise on Norwegian Cruise Line, but the doctors said they couldn’t go because the cancer was aggressive and her son needed immediate chemo and radiation. She asked Norwegian to reschedule their cruise, and Norwegian wouldn’t let her.

So we unleashed the Mamas. They tweeted, made phone calls, sent e-mails. We made national news. Norwegian did not back down, so another cruise line stepped up and gave the family a free trip to replace the one they lost.

Once we did this, Ali and I realized it was important for moms who didn’t have a place to turn to have this outlet and be able to use it as much as possible.

A year later, a New York City cab driver physically threw a pregnant woman out of his taxi and then drove off. This caused her to go into premature labor. (He didn’t want to take her to Brooklyn. She wouldn’t get out of the cab.) We mobilized the Mamas, got CBS News and other outlets to cover it, and they were able to track down his medallion number and catch him.

We’ve gone through the grieving process with moms who’ve lost children. We had a mom with cancer, so we raised money and supported her all the way through. When the San Bernardino [California] shooting happened, we sat and prayed with a mama whose husband was there and couldn’t be reached. He was killed and left six children behind. The next morning we started a fund and raised almost half a million dollars.

Q: How do you have time to work on top of running the site?

A: It’s hard. All single moms struggle with it. I work from home. I wake up early with my kids. My first client is at 8:00 a.m. Most of my clients are virtual, which helps. When I am working with clients I’m also cleaning, doing laundry, even running to the store. They know. They’re moms and dads as well. But you have to find time for yourself or you’re no good to anybody. I make sure to do yoga five days a week.

A: Life coaching makes me a living. I do Lil’ Mamas because I love it. Lil’ Mamas gives me a platform to take on hard topics, like racism, homosexuality, and things close to my heart. I’m doing exactly what I’ve always wanted to do. I’ve got my own practice. I’ve got my kids. I’m helping people. I’m living in California, and I love it here.

A: I just started dating in December. I don’t have a lot of time because of the kids. It’s fun. It’s different dating in your 40s because you know what you want. I don’t mind being alone. I like who I am. I like my kids, and I like my life. It would be awesome if a guy fit into this, but I don’t need one. I want to want somebody, but I don’t want to need someone.

A: My favorite mama hack is getting the kids’ school clothes out and packing lunches the night before. The morning is much less stressful. There’s no fighting over what to wear or lunch being ready. The older one dresses herself and then dresses the little one. I’ve also taught her to make coffee—which she loves to do—and we all know I’ll be in a better mood!

Q: What about yourself, as a Solo Mom, are you the most proud?

A: I’m proud that I’m doing it all, and we still have fun. I cook, clean, pay the bills, and get the kids where they need to be. I involve them in all of it and use it to teach them lessons—but make things fun. It’s all about balance and being present. It’s not about “stuff” or making lots of money. It’s about the time we spend together and living an authentic life. When I was married, I was sacrificing my wants and needs, and my kids could see that. Now they see me living the life I want, which makes me able to be there on a level I wasn’t before.