Yoga Isn’t the Only Answer 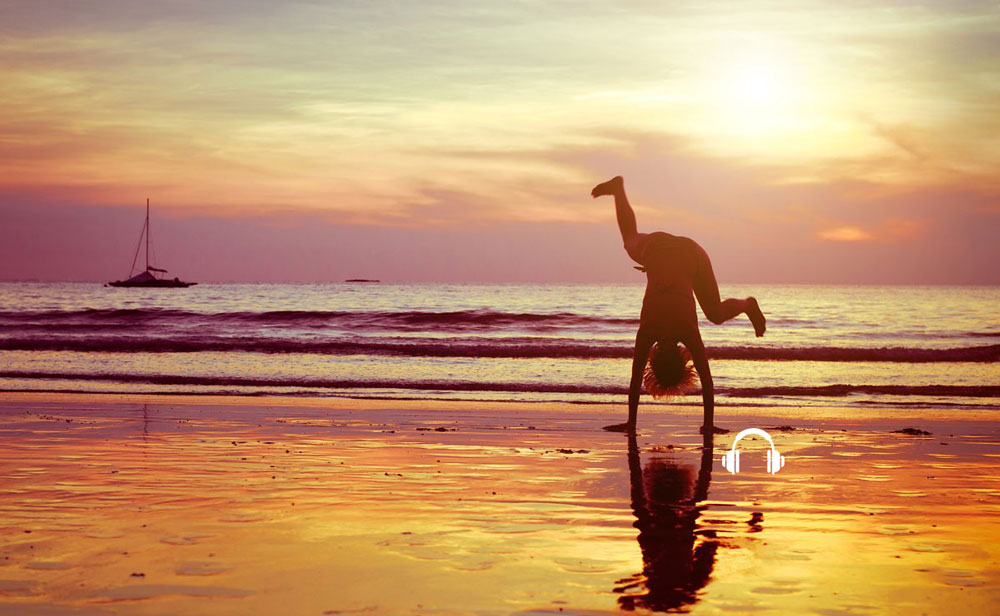 My path to nirvana has nothing to do with yoga

Want to listen instead of reading? Click below to have Julia read you the article instead.

Like a lot of Solo Moms, I’m busy and I’m stressed. I had been trying to find a way to ease some of that tension when my girlfriend, a woman I shall affectionately refer to as Earth Momma, suggested I take up yoga. This conversation occurred over lunch—I ate a slice of pizza, and Earth Momma had some sort of green smoothie that smelled vaguely of cut grass. That fresh-cut green smoothie should have been my first warning that perhaps this friend and I had different ideas about things and I may not want to take her advice about exercise. I probably should have leaned over to the table where the mom was finishing her kid’s leftover chicken nuggets and asked what she did to alleviate tension—that’s more my speed. But, instead, I listened to Earth Momma and went in search of a yoga studio.

I found a studio near me that had hours that were compatible with my schedule. I got a fellow Solo Mom to watch my kids by promising to watch hers the following weekend. I dressed like I always did when I went to the gym—eight years and two kids ago. I threw on some sweatpants, a compression bra that was strained to its breaking point (and gave me quad boob), and an old T-shirt. I laced up my four-year-old sneakers and headed out. The first thing I noticed when I walked in the studio was that all the women looked fit! Everywhere I looked were svelte women—wearing yoga pants!! They had little yoga mats, rolled into pretty pastel packs and slung over their shoulders with pretty pastel straps. Their bras were small (no quad boob here!) and cute. They had NASA-engineered water bottles that I knew were BPA-free without even asking. These women looked relaxed and fit—in other words, they looked nothing like me. I was immediately intimidated. But I could hear Earth Momma’s warm, encouraging voice in my head—“You look like crap. Take yoga.”—and I stayed.

The women chatted among themselves and smiled politely, eyeing my sneakers and sweatpants. I borrowed a mat that smelled like corn chips and Lysol, and took a spot in the back. The instructor was a woman of indeterminate age who spoke quietly and calmly. I was thoroughly convinced that I had found the solution to my stress problem and would soon be skinny and relaxed. The instructor dimmed the lights and put on some New Agey tune that reminded me of being stuck in an elevator at Macy’s. We were instructed to lie quietly on our back with hands at our sides; we were “grounding” ourselves. OK, I thought, I can lie on my back. So I lay down and waited. And waited. And waited. “Breathe” said the instructor. “Clear the noise from your mind.” I tried to clear the noise from my mind. But I don’t have “noise” in my mind—I have schedules. My schedule, the kids’ schedules, the ex’s schedule. And the longer I lay there, the more I thought about what else I could have been doing. I tried to get my brain to hush, to stop running around that hamster wheel of schedules and be in the “now.” But it seemed the quieter it was in the room, the louder the noise in my head. Even once we started moving from position to position, I found the whole process frustrating. My sweatpants were sagging off my ample ass (I wish I had yoga pants!), and every time I assumed a downward dog, my T-shirt rode over my head, damn near suffocating me. I was glad I was in the back of the room so the class would not be subjected to my pale pudge and my quad boob. One completely frustrating hour later, I left. I was neither skinny nor relaxed, and all I wanted to do was find Earth Momma and dump her clover smoothie over her ponytail.

So I called her the next day and told her how much I hated yoga—it didn’t make me feel relaxed. It made me feel inadequate and awkward and tense. “You sound like crap. Meet me at the park,” she said in her warm, reassuring voice. So I threw on my sneakers and sweatpants and headed to the park. It was a beautiful day, and the sun felt warm on my shoulders. I waved to my neighbors and watched some birds take a bath in a puddle on the side of the road. I inhaled deeply and noticed the smell of honeysuckle. I saw Earth Momma waiting for me, and I waved eagerly, happy to see her. “You look great!” she said as I approached. I felt relaxed! I wasn’t thinking about schedules or dinners or anything else. For that brief moment, I was living in the now. I was struck by the notion that this was how yoga was supposed to make me feel and that maybe yoga isn’t the answer for everybody. Maybe the trick is to find an activity that clears your noise in your way.

So you can keep your New Agey music and downward dogs. I’m gonna stick to walking, breathing in some outside air, and observing the nature around me. But I’m keeping these yoga pants!