Solo Parenting While Coping with Anxiety 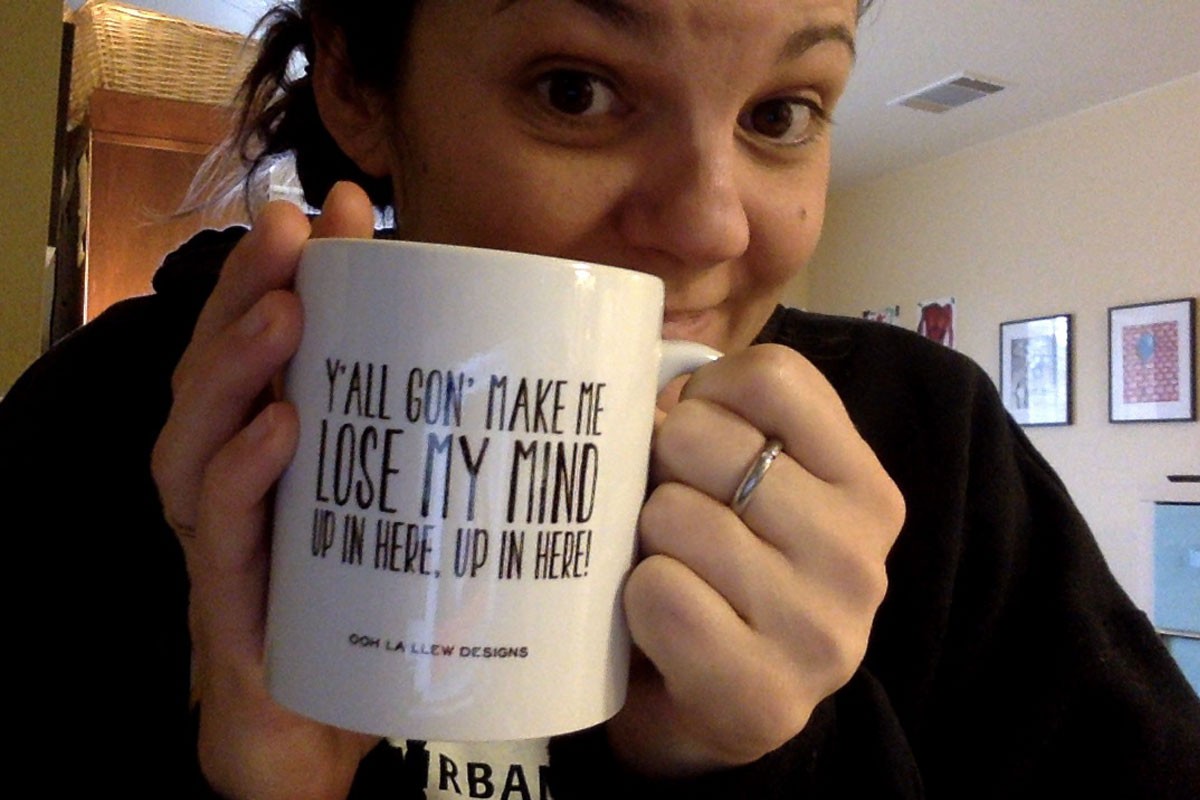 I started getting panic attacks when my older daughter was almost 18 months old. I’d just started school full time and was in the feverish climax of a long custody battle. I walked up to the front of a French class I’d decided to take, and when the instructor handed back my pop quiz, she berated me within earshot of several people. She didn’t understand how I could miss nearly every question and said if I couldn’t translate these simple terms, then my success in the class was in jeopardy. By the time I returned to my seat, my face flushed and I felt like I was suffocating. The walls seemed to lean in, getting closer, and my chest heaved while I labored through breathing, fighting through a sharp pain, like someone hugging me too tightly. My hands clenched to fists when I realized what was happening. I was having a panic attack. My life of being a domestic-violence survivor and Solo Mom had led me to uncontrollable episodes of feeling like I was fighting for my life.

Over the next few months, the attacks became more frequent. They’d strike without warning and happened a few times when I was at home with my daughter. I’d run to the bathroom and close the door, kneeling on the floor with my hand still on the doorknob. Mia would knock on the other side, asking for me, eventually crying, but in my mind that was good because at least I knew she was there and reasonably safe.

The attacks were relentless. Every time they hit, I felt like I was dying. I thought I couldn’t get enough air. I thought my lungs were collapsing and I’d die of lack of oxygen. I tried sitting with my head between my knees. I tried breathing into a bag. My therapist gave me a list of things to help calm my mood. I glanced over the list, skimming past “Get a massage” and “Find a hobby”—then I saw “Create a mantra.”

For a few years, I coped through the panic, and when attacks hit, I went to a place inside myself and repeated “I love you. I’m here for you.” But six months after relocating to Montana, the attacks had returned in earnest, and I decided to seek medical attention.

As I sat on the cushioned reclining bed at the doctor’s office, the thin, white paper crackled under my legs. A nurse took my vitals and weight. I had lost 18 pounds. She asked the normal questions—what medications I took and what I was allergic to—and then she excused herself from the room and said the doctor would be in to see me shortly. I nodded, feeling hollowed, expressionless, and empty. It’d been a few days since I’d slept for more than an hour and a month of sleeping a few hours a night. My appetite had ceased almost completely.

There’d been a moment over the weekend when I went out to my car to start it, and nothing happened. My mind clicked to static, like an old television set. Panic took hold of my chest and caused my heart to race, my speech to slur. I knew it was a dead battery, but to me, I was facing that my old junker was dead and I couldn’t get to a job where I’d be spending the next eight hours or more scrubbing a filthy house for 10 bucks an hour. My brain was telling me I was a failure at 33. I sat in my car that wouldn’t start for 15 minutes before I realized I had all the windows up in the 80-degree heat.

The doctor, after listening to how my anxiety attacks specifically felt and how often I had them, rolled his stool up next to me.

“This is my idea,” he said. “I haven’t published it or anything,” he joked, taking out a pen and writing on the bottom of a box of Kleenex. “But here’s what I think. See, you have this bucket.”

He drew a bucket with a spigot on the side. He said most people will have a little bit of stress in their bucket that they can empty through a faucet. Anxiety and stress will come in, and it creates motivation to get things done or change things.

“People like you,” he said, “they have this disease, this disorder, called ‘generalized anxiety disorder.’” He colored in the bucket with his black pen. “See . . . you have sludge in your bucket that can’t be emptied out through the faucet. You are literally filled up to here”—putting the side of his hand at his forehead like he was saluting me—“with anxiety, and when more anxiety comes in, like a car that won’t start, it spills over and you have a mental breakdown. It happens every time, over and over again, these mental breakdowns, until your self-esteem is gone, your confidence disappears, and you become severely depressed.”

“Now fortunately,” he continued, “this is very treatable. This sludge here can be cleaned out with the right kind of medication and therapy. This is a very serious disorder, and I really do think of it as a disease. I think it’s amazing you’ve coped with it for this long. I’m glad you came in to see me today. I know you’re at a crisis level right now, but hopefully with the right medication, we’ll help you get some sleep and peace of mind.”

He gave me prescriptions, and I took them for four or five months. They settled my mind enough to begin processing years of stress but also got me out to meet people and try new things. I eventually replaced them with hiking and climbing at a local bouldering gym.

“You can see it in children, even in babies,” the doctor had said. “Some kids, you know, you play peek-a-boo with them.” He cupped his hands over his eyes and opened them to illustrate. “And when you open your hands, and they jump and cry, those are the ones who usually end up with this disorder.”

I’d been given a chance to relax. I felt like I’d woken up from a nightmare. I cannot even begin to describe the feeling of relief . . . it stretched to my fingertips, ribs, and every strand of hair.

Four years later, I am still prone to anxiety, but instead of isolation, I have a community of support and friends who surround me. Without being seen as an anxious person instead of a depressed one, I’m not sure I would have broken the cycle.

For conversations about anxiety and other health challenges, join our Wellness Sister Chat.