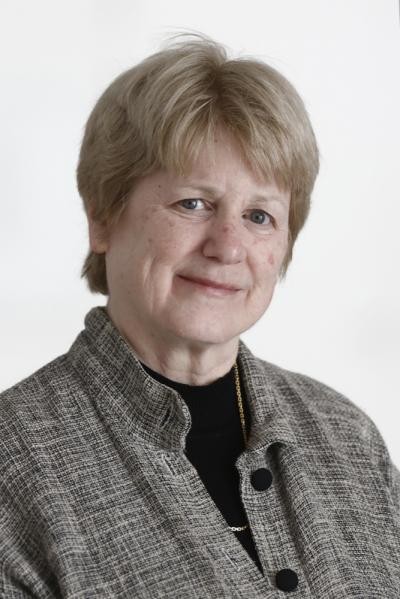 Dr. Mary-Claire King, a woman of many talents


When I set out to profile Dr. Mary-Claire King for Breast Cancer Awareness Month this October, I knew her as the groundbreaking discoverer of the BRCA1 gene (a gene closely tied to hereditary breast cancer; pronounced “brack-uh one”), as well as a Solo Mom and a fabulous storyteller. By the time I started to write, it was clear that she is all this and more.

As a professor of human genetics, she has applied her knowledge to a number of different areas. For her doctoral work, she proved what many moms of young children already suspect: humans and chimps are 99% identical genetically. She went on to become a professor at University of California, Berkeley, where she started investigating possible genetic causes for cancer.

While she was at UC Berkeley, her husband told her he had met someone else, beginning a very difficult divorce. After giving her a vacuum cleaner as a consolation gift, he skipped town and moved to Costa Rica, leaving her alone to take care of their daughter Emily. In the face of this new challenge, King persevered. With help from her friends, family, and colleagues, she made it through that tough time; she even got help from baseball legend Joe DiMaggio—after a chance encounter, DiMaggio helped King by watching her daughter.

After her divorce, she made her breakthrough in cancer genomics: she linked the gene BRCA1 with hereditary breast cancer. This was the first time that a single gene was implicated in cancer, and scientists now believe that the BRCA1 gene is the underlying cause in 10% of breast cancer cases. Now, thanks to King, women can find out if they are at a high risk of breast cancer, so they can be educated and aware, and take preventative measures if they choose.

Since that discovery, King has moved to the University of Washington and continues to work towards discovering genetic causes for conditions ranging from breast and ovarian cancer to hereditary deafness. She has also worked extensively to apply her genetic expertise and resources for human rights work. She has helped reconnect children of political prisoners to their parents, who were “disappeared” in the 1970s and 1980s by the Argentine military government. She has also worked to identify the victims of mass killings in places like El Salvador, Rwanda, and the former Yugoslavia.

Learn more about her scientific work at the American Society of Human Genetics or listen to her story at the Moth about becoming a Solo Mom.

Jacob Kronenberg was raised by not one but two fabulous Solo Moms. When he’s not working toward his chemical engineering degree, he enjoys cooking, learning languages, and spending time with his family and friends.