Raising a Child with ADHD 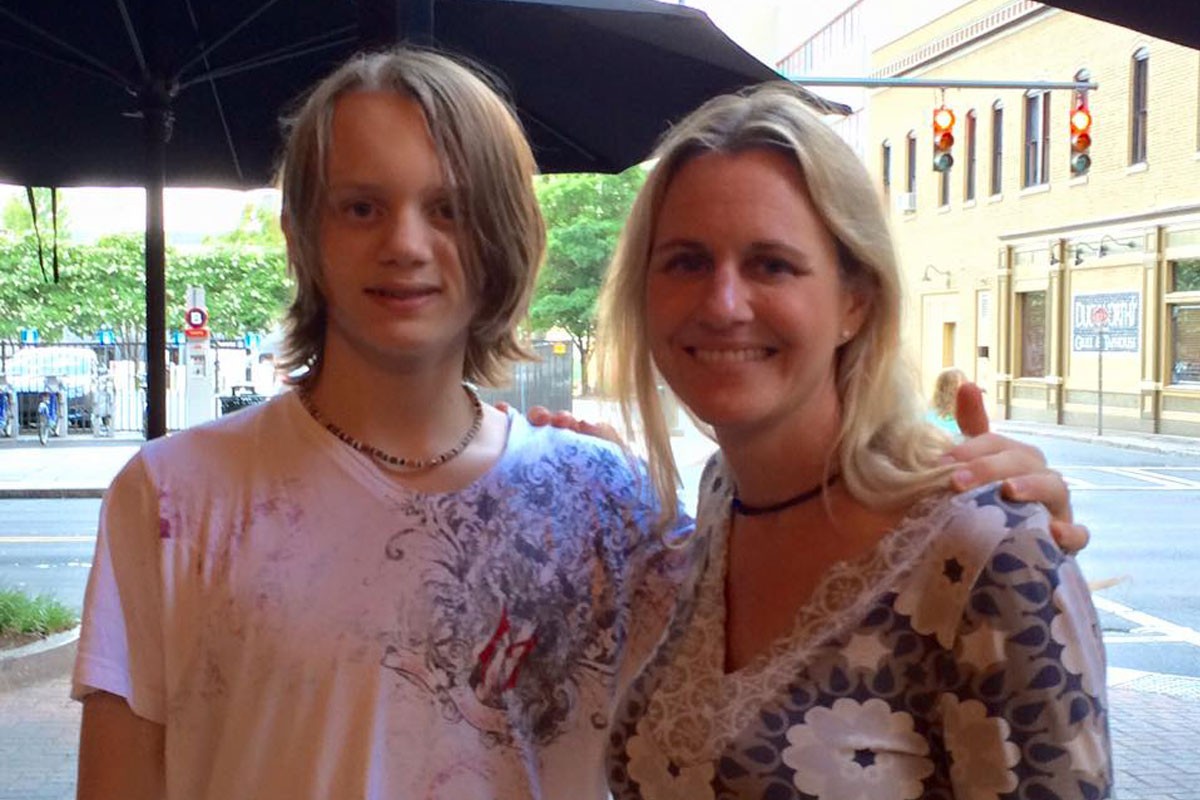 Watching my friend Heather Elisabeth raising her son solo has been spectacular to witness. She has made strong choices to give her son, Nate, who has been diagnosed with attention deficit hyperactivity disorder (ADHD) and sensory integration dysfunction, a life where he can thrive.

After divorcing and completing her master’s degree (as a Solo Mom), she was poised to continue her trajectory in the visual arts and design field as a textile designer. However, Nate was struggling with elementary school and hectic Northeast life (trains, a lot of people, commuting, sirens, etc.). Elisabeth picked up her life and left the chaotic region to return to her small-town roots in Georgia.

For the time being, she has traded her career goals for raising her child in an environment that better suits him. Now a teenager, Nate still has issues with school but has found his calmer surroundings much more inviting. He has channeled his energy into competitive rock climbing, and Elisabeth has been able to thrive in her new life.

I spoke with Elisabeth about how she did it and her thoughts about raising a child with ADHD.

Q: Do you see your child has having a “disability”?

A: My attitude has always been that [having] ADHD and sensory integration dysfunction is not a disability, it is strength. I have always told Nate that it is his superhero power. Schools are not designed for any kid who falls outside the general education “box.” It is just a matter of supporting your kid with as much therapy, both occupational and cognitive, as possible because they need help in order to learn coping tools as well as maintain and build their self-esteem. These kids have a hard time with being “different” from their peers.

Q: I know school has been a challenge for Nate over the years. How have you been able to work with schools?

A: Teachers and other parents often see these children as having behavioral problems instead of understanding that they are contending with a structural brain issue. This is something that I have to deal with on almost a daily basis. Children with sensory integration dysfunction are hypersensitive to stimuli. Whether it is a strong smell or a certain metallic sound, their reaction to the offending sensation might seem like an inappropriate response. This, coupled with ADHD, which is a neurological condition, makes it difficult to focus.

I always like to use analogies; for example, you do not get angry with a blind person who cannot see the chalkboard or a deaf person for not listening, so why get angry at an ADHD kid who is disruptive and unable to pay attention? Granted, this is associating ADHD with physical disabilities, but it helps people “get it.”

Public schools need to offer the best services for these children. It is something our educational system is lacking. If the school isn’t able to provide services, if it’s possible, move into a better school zone that will allow access to a full-time occupational therapist. I know that this might be difficult, but fighting for the services a child needs is a priority. This was one of the main reasons that I chose to move; this was just too hard to accomplish where I was. Nate wouldn’t have been able to progress without his therapists.

Q: What did you do to manage your household when Nate was younger? Do you have any advice for other Solo Moms with young children?

A: The great thing about being a Solo Mom is that it is not a traditional family. I make my own lifestyle and rules that work for me. For example, if my kid has a hard time sitting at the dinner table, we can eat in front of the TV, stand in the kitchen, or play a board game. There is no need to stick to convention.

I also found that routine is everything. Once I found one that was easy enough for Nate to follow, my life became much easier. There was a lot of trial and error. I do not stress the little things, and I ignore as much of his negative behavior as possible. I celebrate and reward all of Nate’s good behavior immediately, even the little bits of it.

Transitions were a challenge. I factored in time for the transitional delays he had when going from one task to another. Expect being late and not getting all the chores and errands finished!

Q: And now that Nate is a teenager, what have you modified or changed?

A: Most of our rules are still the same, but now that he’s older, we discuss everything. He’s very particular, which is common for children with these disorders. They rely on structure.

We have three rules in our house: be safe, be kind, and be respectful. Now, more than ever, I don’t sweat the little things and work to remain flexible. I pick and choose battles, and after a while, if it is important enough to both of us, we work it out and it sticks. He respects when I lay down certain rules consistently. His need for autonomy is getting stronger, and I am learning to let go where I can.

If you are a Solo Mom who has a story to share with others, consider sharing your story with us.