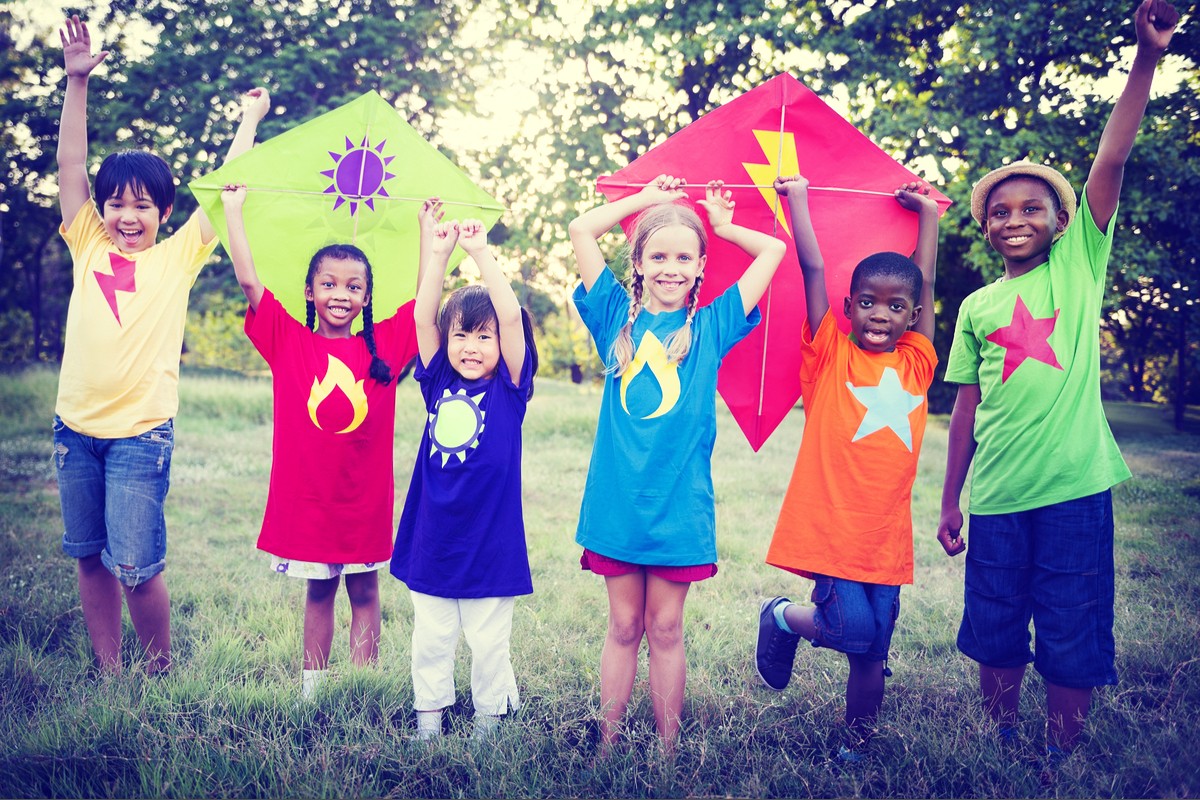 Expanding minds and hearts with books

We live in a global community. Our kids, no matter where we call home, will more than likely have occasion to work, play, and learn with people who are different than themselves someday. Introducing our little ones to the beauty inherent in difference—whether of race, religion, culture, or worldview—is a gift we can give from the get-go.

Books can be a powerful way to share that message. As noted in “Reading, Literacy and Your Child” on the University of Michigan Health System website, reading with our kids not only reinforces that reading is important but also offers opportunities to talk about books and opens the door to discussing other issues. At the very least, books provide a grounding, a familiarity with worlds and ways that might be different from our own.

Want to introduce your kids to how diversity enriches us, even as our shared humanity links us? Here follows a list of books, geared to the little ones, that can get the conversation started:

The Snowy Day
By Ezra Jack Keats
The Viking Press, 1962
Ages two and up

Named by the New York Public Library as one of the 100 Most Important Children’s Books of the 20th century, Ezra Jack Keats’s The Snowy Day, which came out in 1962, did something groundbreaking for its time: the hero of the story, Peter, is African American. As Keats once wrote, “None of the manuscripts I’d been illustrating featured any black kids—except for token blacks in the background. My book would have him there simply because he should have been there all along.”

The Snowy Day won a Caldecott Medal in 1963, and in the decades since, this quiet poem of a book has endured, its story of a child, a first snow, and adventure being timeless and universal. And of course there’s the artistry. The illustrations are gorgeous: collages made with cutouts of patterned paper, fabric, and oilcloth, and spatterings of India ink that Keats created with a toothbrush. The artist had illustrated many books written by others before The Snowy Day, but he found his voice in Peter, a small boy exploring his neighborhood with wonder after the first snowfall of the season. That the neighborhood was urban was also groundbreaking: suddenly kids of color, who lived in the city, saw their experiences portrayed just as white suburbia had been celebrated in the Dick and Jane series.

Part of the brilliance of The Snowy Day is that even as Keats gave black kids everywhere a hero to follow (Peter ended up appearing in six more of Keats’s books), Peter’s adventures also underline the universality of human experience, race and setting notwithstanding. The fact that Peter’s race is never pointed out in the book is not a coincidence: “I wanted to convey the joy of being a little boy alive on a certain kind of day—of being for that moment,” Keats once said. “The air is cold, you touch the snow, aware of the things to which all children are so open.”

Who’s That? When I Grow Up
By Tad Carpenter
Sterling Children’s Books, 2015
Ages two to three

Diversity is also evident in a matter-of-fact way in Who’s That? When I Grow Up by Tad Carpenter. Carpenter, the Missouri-based son of two artists, has created a board book alive with cheerful, jaunty text, colorful images, and liftable flaps. Who’s That? introduces kids to “six people around town” who hold jobs ranging from a police officer to a veterinarian; just as Keats’s book doesn’t mention Peter’s race, this book draws no attention to the fact that the heroes depicted happen to be men and women of every race. The diversity just is.

The implicit message of Who’s That? is that it’s not the externals that define and ultimately unite us—it’s what’s inside. Kids, regardless of race or gender, are free to dream big about who and what they want to be. In the final pages, the characters we’ve met throughout the story appear together even as Carpenter asks one more time: “Who’s that?” His answer? “They are brave, smart, loving, and strong. They are who I want to be when I grow up.”

Understanding and respecting who we are is a central theme in Introducing Teddy: A Gentle Story About Gender and Friendship. Written by Jessica Walton and illustrated by Dougal MacPherson, Introducing Teddy draws readers into the world of Thomas the teddy bear and Errol, best friends who do everything together. Boon companions, the buddies bike, garden, and picnic in a tree house. But Thomas has something he wants to share, and he’s afraid that once he tells Errol his secret, their friendship might end.

What troubles Teddy so? Thomas, it turns out, doesn’t feel like a Thomas inside. As she eventually shares, “In my heart, I’ve always known that I’m a girl teddy, not a boy teddy. I wish my name was Tilly, not Thomas.”

But Errol doesn’t care. As he says, “What matters is that you are my friend.” Their friend Ava doesn’t care, either. When Tilly makes her bow tie into a bow, Ava’s response is simple and loving: “Good for you, Tilly. Wear whatever makes you happy!” Tilly does, and the friends continue to pursue their shared adventures. The book’s ink-and-colored-pencil illustrations and straightforward text help depict the complex topic of transsexual children with warmth and compassion.

Who We Are! All About Being the Same and Being Different
By Robie H. Harris
Candlewick Press, 2016
Ages two to five

Compassion and an open heart are the message in Who We Are! All About Being the Same and Being Different, which shares how it’s important to treat others the way you want to be treated, whether they are a lot like you or very different. Written by Robie H. Harris and illustrated by Nadine Bernard Westcott, Who We Are! follows Nellie, Gus, Jake, and their parents at Funland as the family enjoys rides, plays games, and takes in the many different people who are spending the day at Funland, too.

As the day unfolds, the children take notice of how people are the same in some ways and different in others. Sometimes people look different on the outside, they see; at one point, Harris addresses this realization with a series of delicious adjectives: “There are many different names for all the different colors and shades of skin—,” she writes, “names like coffee, cream, pink, black, honey, chocolate, gold, almond, ivory, brown, olive, white, cinnamon, bronze, and peach.”

Bright illustrations highlight the book’s theme that differences are not only normal but also wonderful. And in straightforward, accessible text, Who We Are! explores how despite all the ways we can look and feel, “[i]nside our bodies, everybody has a brain, a heart, a stomach, muscles, bones.” Even with our differences, then, we are also the same. We share a basic humanity. And if we respect that commonality, the book implies, the world can be a better place: “Treating people the way they want to be treated—and the way you want to be treated—can help everybody feel better.”

The theme of tolerance and appreciation for difference is broached in The Sandwich Swap, a lively picture book coauthored by Queen Rania of Jordan and Kelly DiPucchio, and illustrated by Tricia Tusa in soft watercolor. Food is a metaphor for difference in this story, which finds friends Lily and Salma quarreling over lunch. (Lily blurts out that Salma’s hummus and pita sandwich looks gross, and it turns out Salma feels the same way about Lily’s peanut butter and jelly sandwich.)

The disagreement sours the friendship, and soon other kids at school are choosing sides. The two groups start calling each other names—“Jelly heads” and “Chickpea brains”—and tensions rise, the result being a food fight that gets both girls called to the principal’s office. It’s only when Salma and Lily taste each other’s sandwiches and realize that unfamiliar isn’t necessarily bad that the messy situation is resolved.

The story, which reminds kids that being brave and trying something new can be a good thing, also celebrates tolerance and acceptance. At the end of the book, a stunning three-page foldout shows the two friends and their classmates all together, united at a huge table laden with multicultural dishes and an assortment of flags.

These titles are only the tip of the iceberg, of course. Visit your local library or bookstore, and you’ll find a selection of mind-expanding books for kids of all ages. After that, it’s just a matter of you and your kid, cuddling up in a cozy chair with the books. The wide world, both familiar and revelatory, waits to be discovered. As Anne Frank wrote, “We all live with the objective of being happy; our lives are all different and yet the same.”