Things to Consider Before Giving Your Kids an Allowance 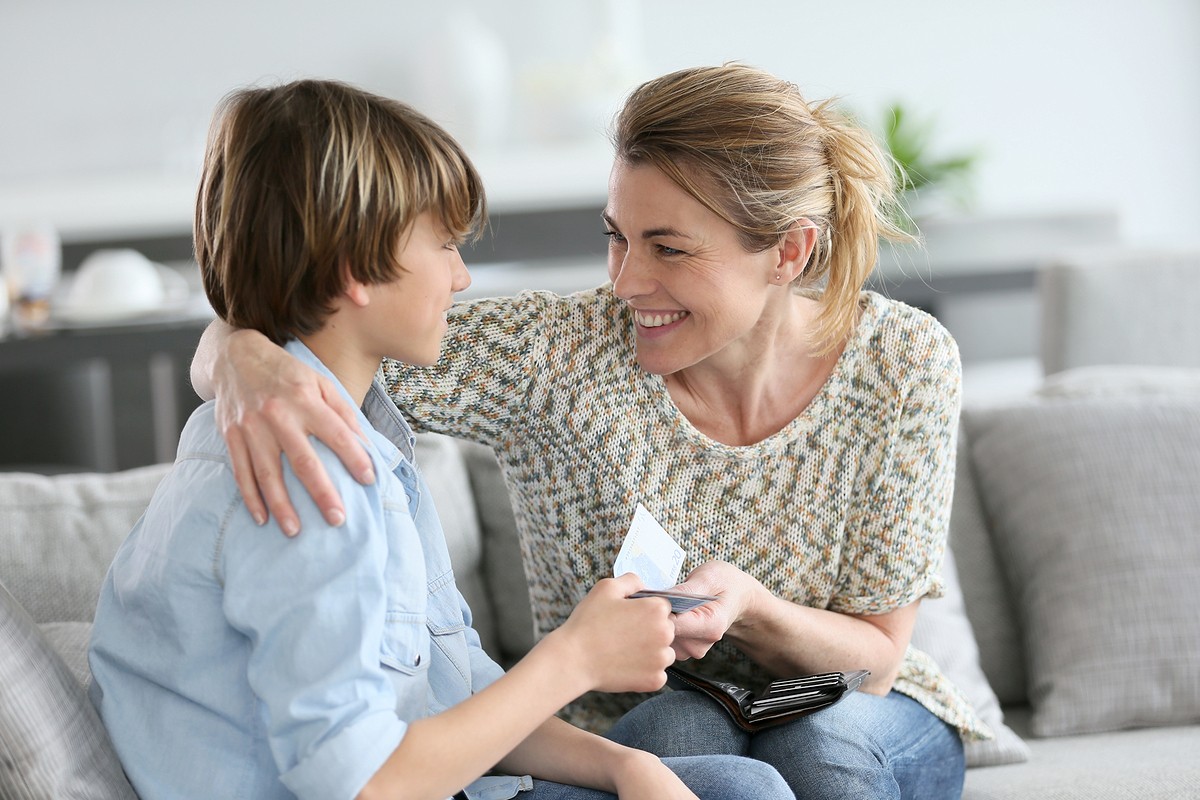 Financial habits can be taught early

There are two schools of thought on the subject of allowance for children. They both boil down to the same thing: Do you want to give your child money? For single moms, parenting is hard with no one to bounce ideas off of, and when it comes to decisions such as this, it is hard to know if you are doing the right thing. Here are some things to consider before making the final decision.

Why does your child need money?

If your children are younger than 10, they probably don’t need money for anything. Sure they want money, but they don’t need it. They don’t go shopping without you, they don’t buy things you don’t allow them to have, and the treats they generally want are affordable enough to work into most budgets.

Nicole gives her children allowance for the chores they do. “We are teaching them to save some, give some, and spend some,” she says of her three- and four-year-old kids. Caitlin says no. “I don’t feel like they should get paid for contributing to the family. Plus, if we gave my 10-year-old an allowance, he’d want to spend it all on junk food.”

If your children are older than 10 or complaining that they want their own money, then it’s time to consider what they are going to spend it on. You’ll want to encourage them to save a good chunk of their money for bigger things, and they’ll want to spend every dollar they have as soon as they receive it.

My six- and eight-year-old do not receive an allowance. I’m not a fan of paying them to do regular household chores. They live here, they need to contribute at a level that is appropriate to their age, but when they do extra things, they earn money. This is especially helpful when I need more help.

When would your kids get an allowance? How are you going to pay them?

Obvious options include weekly, monthly, or even once every pay period. Another option for Solo Moms is when the kids do something extra. An immediate reward for going above and beyond will encourage them. (This means you’ll have to have cash or coins on hand, which, for many Solo Moms these days, is challenging.)

For littles, who don’t need money, you can reward them in other ways. For example, place a certain number of marbles in a jar each time your child does a particular chore. When the marbles reach a certain level, the child gets a toy. Or you could use stickers, and then after the child earns a designated number of stickers for that week, he or she can pick a reward. It’s similar to a behavior chart but with the focus on chores you want them to learn.

This is what Dedra does with her kids. “My oldest is eight, and so I decided to wait until they were older to do an allowance. For now, they get rewarded for good grades and good behavior twice a month.”

Jamie gives her children an allowance that corresponds with their ages. Her 12-year-old gets $12, and her four-year-old gets $4 every pay period. “If they don’t complete their chores list, then they pay back 10 cents for every time they are reminded.” She says her oldest daughter learned pretty quickly.

With money comes responsibility, and there is no minimum age for learning about responsible financial habits. It is when they are young that kids learn to make decisions that will impact them for years. A savings account is a great tool for learning about money. Dave Ramsey’s Financial Peace Junior is a great program for early elementary-aged children to learn about saving up for things and not spending money you don’t have.

As with Jamie’s daughter above, she learned how much it hurt to have money taken away. “It was much more effective than waiting to pay her until she completed her chores,” Jamie said. “She didn’t care much when she had no money, but she hated giving it back.”

If you want your children to learn about money, then giving them some to learn with is a great idea. Teach them how to record what they have and where they are spending it. Help them learn to save up for something they want. I don’t let my kids “pay me back.” If we’re at Target, and they want something but don’t have their money, I don’t get it. The next time we go to the store, if they have their money and still want it, then they can get it. I think it teaches them to be prepared and pushes them away from instant gratification.

An allowance, no matter how or even if you choose to give one, is an important tool to shape your child’s future.