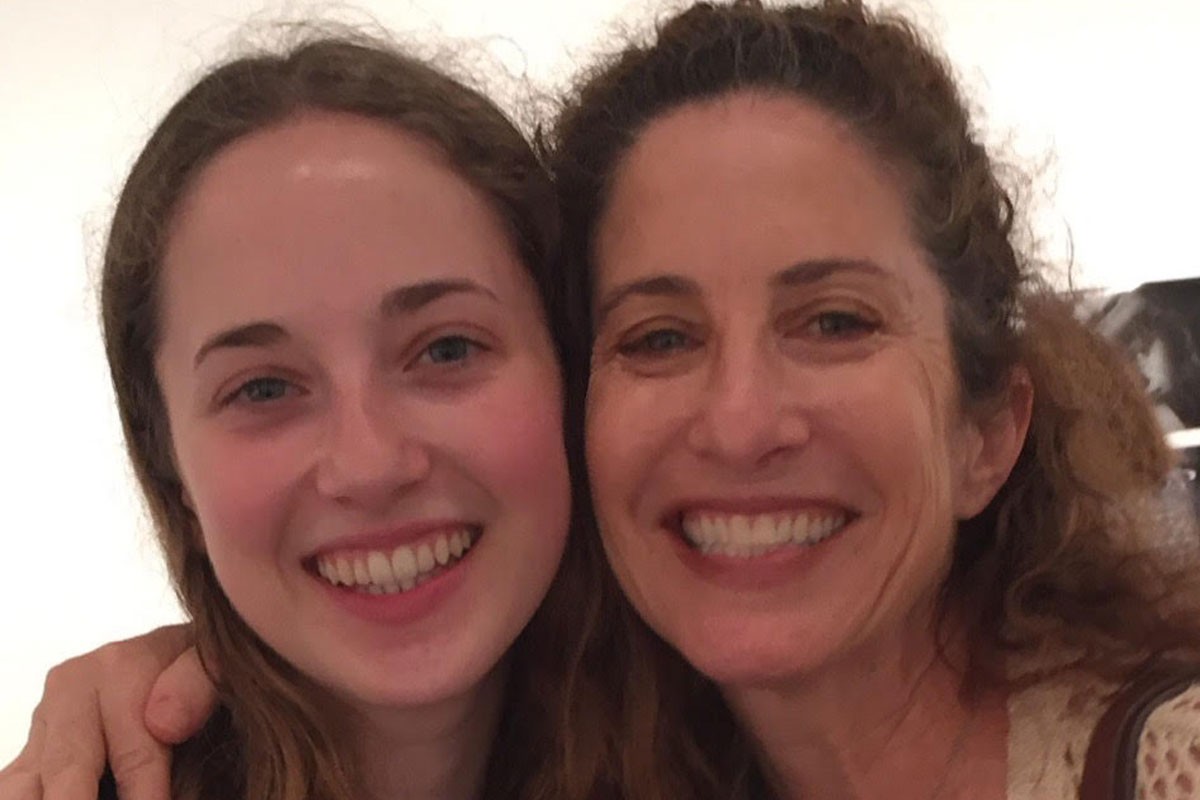 Los Angeles native and ESME’s new Parenting Resource Guide, Joanne Kimes, was hooked on writing from the moment she interned for the soap opera General Hospital while attending the University of California, Los Angeles. From there, she worked her way up to production assistant and finally to her ultimate dream job of television writer. But Kimes didn’t really find her true writing niche until she became pregnant . . . and discovered how miserable pregnancy could be. So after birthing her daughter, Emily, she birthed her book Pregnancy Sucks (Adams Media, 2011, second edition). This was followed by a decade of writing the best-selling series of Sucks books about, you guessed it, the many aspects of parenting that, well, suck.

A: I am the new Parenting Resource Guide for ESME. It’s one of several jobs I do but by far the most fun. I have an 18-year-old daughter who is about to head off to college, so for the last several years, I’ve been taking jobs that allow me flexibility in time—some embarrassing and some rewarding. Right now, along with writing, I’m a leasing agent for apartment buildings, I have an Airbnb room . . . and I count eggs.

A: It is the most incredibly stupid job I’ve ever had, but, believe it or not, it’s an incredibly well-paying job. I’ve been doing it for the past three years; I go to supermarkets and count cartons and expiration dates for three types of eggs. It’s for an egg distributor. My daughter’s friend’s grandfather owns an egg distribution company. I go to about 30 stores, and it takes me about seven hours a week.

Q: How did you get into writing?

A: When I was nine, I did a family newspaper. I wrote in my diaries. I’ve always been a writer. When I started in TV production as an intern, it became my goal to write comedy for television, which I did . . . until I got knocked up.

My husband worked long hours, so I decided to take a year off. I was so miserable when I was pregnant, and there were no books that made it OK to hate being pregnant, so I decided to write one—Parenting Sucks. I got it published, and it became a best seller. What followed was a series of Sucks books—everything from breastfeeding to divorce.

A: About a year and a half ago, after 18 unhappy years of marriage, I got up the courage to say those four words, “I want a divorce.” I already felt like a single mom because I was doing everything, but I also was dealing with this other person whom I didn’t get along with. The reality is it’s so much easier now being a single parent.

Q: Did becoming a Solo Mom impact your career?

Q: How are you managing?

A: I am so much happier. Being in a bad marriage was like carrying an elephant on my shoulders every day. Now I feel free.

Q: When your status shifted from being married to being a single mom, did you feel a shift in your community?

A: No. My husband and I get along so much better now than when we were married and now that we can be at parties and events together. We are still both unattached, so there’s no awkwardness there. We didn’t have much time to do things when we were married, so we tended to only do things that involved our daughter and neighbors. We still do things that involve mutual friends. Nobody had to choose sides. We both get invited to the same parties—yearly Super Bowl parties, graduation parties, neighborhood parties.

Q: Was there a defining moment that drove home that you are raising a child alone?

A: What I’ve struggled with the most is with my daughter applying to college, finishing high school, etc.; she is very emotional. I have her 24/7, so it all comes at me—100%.

Q: What is the next step now that your daughter is heading to college?

A: My fantasy is to drop her off at college, go directly to the airport, and take a two-week fantasy trip.

A: I’m actually trying to carve it out. I believe fully in Abraham Lincoln’s line about the best way to predict your future is to create it. I’m really trying to be able to get on a plane and go anywhere I want.

Q: What is your favorite single-parenting tip?

A: It all boils down to packing the backpack the night before. Nothing slows down the morning more than a kid trying to get their stuff together.

A: I’m proud that I’ve stayed true to who I am in spite of being in an unhappy marriage for so long. I’ve created an incredible world that didn’t include my husband—a world of friends and jobs and adventure.