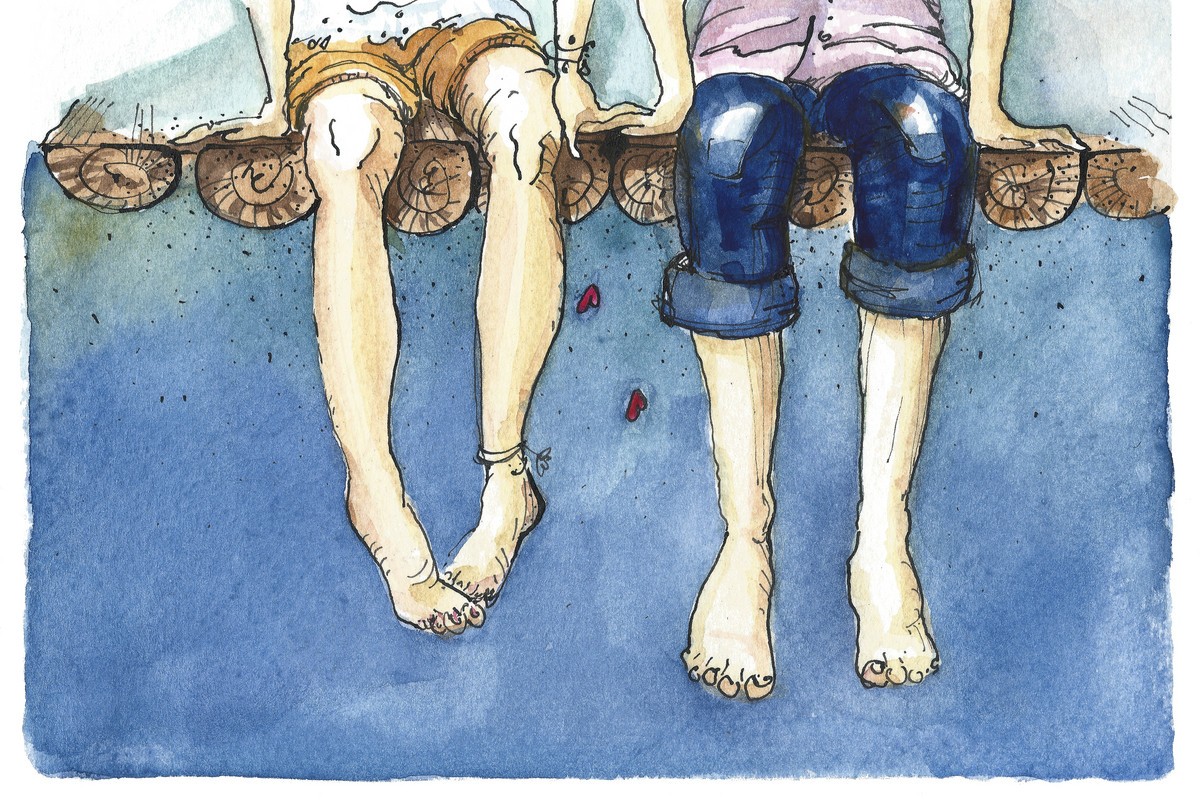 The idea of our kids having sex is often the last thing we want to think about, and it’s not exactly on the top of our minds when our children are toddlers. Yet sex-positivity is most effective when it’s introduced in early childhood, and studies show it encourages responsible sexual behavior and a delayed onset of sexual activity.

If teaching our kids about sex-positivity from an early age can actually make them less likely to have sex as teenagers, and, if they do choose to engage, more likely to do so responsibly, then it should sound like a good idea to promote sex-positivity—and early. But, what is sex-positivity, anyway?

Tasha Walston is a single mother of two young sons; she is also an adjunct professor at Seattle University who runs a comprehensive sexuality-education business called Wren & Hornet. She describes sex-positivity as the idea that all sex, as long as it’s healthy and explicitly consensual, is a positive thing.

What that looks like in practice varies by the age of the child and the parents’ comfort level with talking about sex, but Walston identifies these six tips for raising sex-positive kids:

1. Begin sex-positivity while your kids are still in diapers.

By the time kids reach high school, studies show that nearly two-thirds of them will be having sex. If parents wait until adolescence to teach sex-positivity, they will find themselves battling all of the preconceived ideas their kids have already absorbed from their friends, the media, and society at large. This is why Walston emphasizes the importance of beginning sex-positivity in the toddler years rather than waiting for kids to reach their teens. “If this conversation is ongoing, persistent, and frequent through someone’s lifetime, they will be much more equipped for being sex-positive,” she says.

In the toddler and preschool years, sex-positivity is best taught as bodily autonomy. Ways to foster bodily autonomy include teaching kids that they don’t have to give hugs and kisses to show affection (and offering them other ways of showing affection when they prefer not to physically do so), ensuring that children feel comfortable saying no to games such as tickling that involve touching their bodies, and giving them as much control as possible over their own clothing and hairstyles.

Siblings should also be encouraged to respect the bodily autonomy of each other and to follow the same rules of consent when it comes to roughhousing and tickling. Children who are raised with the importance of consent and bodily autonomy as foundational beliefs are more likely to understand more nuanced ideas of consent as they get older.

Long before engaging in sexual activity, children examine and explore their bodies. The messages they are taught about their bodies and how their parents respond to their curious explorations can have a lasting impact on how they view themselves and the world around them.

Body-positivity begins by teaching children the accurate names for their body parts, and creating space for them to explore them. This can be as simple as encouraging children to wash their own bodies in the bathtub or answering questions about their bodies at the doctor’s office.

Encouraging a child’s exploration of their body doesn’t mean they need to be allowed to fondle themselves in public. Rather, teaching children that sexual exploration needs to occur in private is an important lesson for children to learn. The takeaway for the child needs to be a message of learning the appropriate time and place for exploring their bodies versus one of shame. All children are curious about their bodies and will begin to explore them—parents need to react calmly and rationally when they do.

Part of raising sex-positive kids includes teaching them how to be safe. When children are taught from a young age that their bodies belong to them and that no adult should ever ask them to keep secrets about their bodies, they are less likely to become victims of sexual predators.

Consensual sex is the cornerstone of sex-positivity, and Walston emphasizes that parents need to be deeply involved in what their kids are doing online, in particular. Although she uses content blockers and parental controls for her own young sons, she says: “Nothing is foolproof, so we have to stay really in the loop and informed about what our kids are doing online.”

4. Allow for a diverse range of sexual and gender possibilities.

Most children’s books approach the world from a binary perspective: boys are boys and girls are girls, and they grow up to marry members of the opposite sex. This excludes many children and families from the conversation and can subconsciously reinforce the idea that their gender identities are bad or wrong.

One simple way to introduce children to more diverse possibilities is by reading kids books that feature a variety of sexual and gender identities. This can be challenging, since the majority of children’s books are deeply steeped in traditional concepts of gender roles, but it’s not impossible. Bitch Media published a list of books for kids of all genders, Queer Family Matters compiled an extensive roundup of LGBTQ-friendly books for kids, and ESME has its own list of books with gender-creative characters. “The benefit of prioritizing those narratives is that if you have a kid who turns out to have a nonbinary gender identification or is queer, there is going to be so much more room for them to talk to you and not feel ashamed,” Walston says.

Society sends kids thousands of messages about their bodies, sexuality, and each other long before they even hit middle school. Part of raising sex-positive kids is encouraging kids to look behind these messages to see where they come from and who benefits from promoting them.

Many of these ideas are presented to parents and kids as simply how things are, but Walston reminds parents that things such as calling girls “sluts” are cultural constructs, not universal truths. It’s important for parents to avoid engaging in slut shaming and victim blaming, and to note these behaviors to their children. “When you see [these behaviors], call them out and have a conversation with your kids,” says Walston. “Talk about how those behaviors reinforce how it’s a person’s job to prevent their own assault, and that’s rape culture.”

In early adolescence, sex-positivity evolves into a more comprehensive and practical sexuality education. Part of this education is simply teaching adolescents about the changes their bodies are going through and solving practical concerns such as providing menstruation supplies and condoms.

The two largest concerns for teenagers engaging in sexual activity are preventing pregnancy and sexually transmitted infections (STIs). Parents can help their children achieve these goals by ensuring that they are giving them medically accurate information about their options and encouraging their teens to evaluate their own risks and make informed decisions about what risks are acceptable to them. Promoting virginity as the most desirable outcome rarely helps kids make informed decisions. Talking frankly (and without shame) about the risks and responsibilities of sex allows teens to make educated decisions while avoiding stigmatizing teen pregnancy or STIs.

“You can say sex is awesome and really fun, but you can talk about all of the cool things about it while also communicating that there are risks and consequences,” says Walston.