How My Experience as a Teen Parent Impacted My Parenting 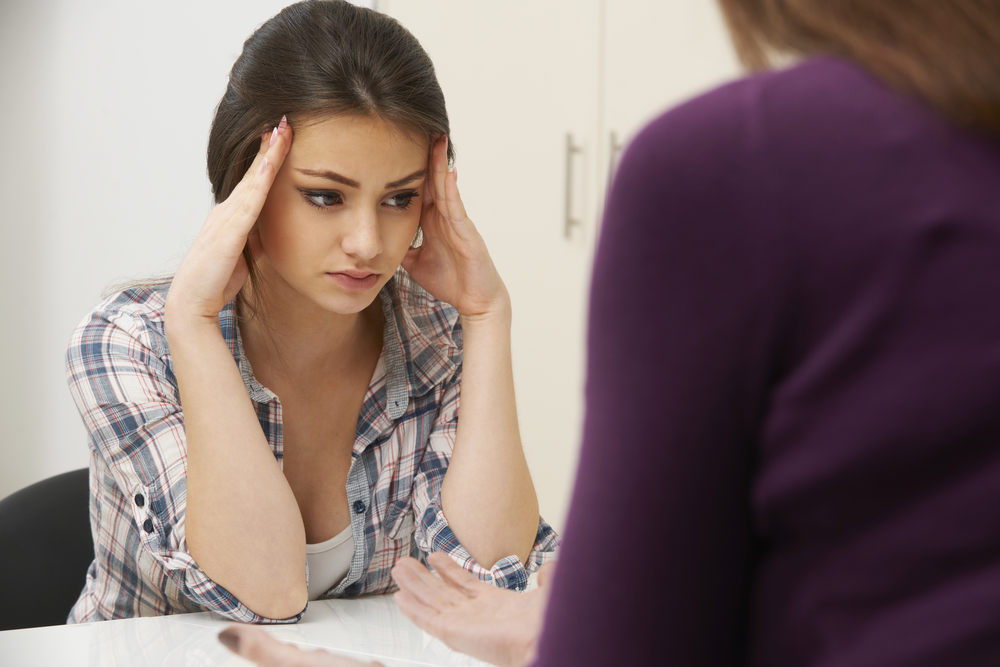 Why I believe in “real talk” with my own teenagers

When I was a teenager, there was never a conversation between my parents and me about the consequences of unprotected sex until after I had already become pregnant with my eldest son. Even though I was all about protection, I had no idea how my body’s cycle worked or that to best prevent pregnancy, you should use more than one form of contraception. Needless to say, now that my sons are teenagers, the potential consequences of having unprotected sex, such as a sexually transmitted disease or pregnancy, is a hot topic in our home—even if it’s embarrassing for them or uncomfortable for me to talk about. The bottom line is I would rather my sons have the information they need to make informed decisions, especially since one of them has a girlfriend, than for them to face the consequences of an uninformed decision.

As for me, I was lucky. My mom offered to pay for an abortion, which, at the age of 16, I passed on; and my older sibling offered to adopt the baby. I decided I wanted to raise my child, and my family not only supported my decision but also urged me to finish high school, which I did. After high school, I was able to go to college and then went on to join the military, but I struggled financially, mentally, and physically. During college, I went to classes in the morning, and then I would come home in the afternoon, play with my son, make him dinner, and go to work until almost 2:00 a.m., Monday through Thursday. I worked every weekend and struggled to pay for a small two-bedroom apartment. During my children’s early years, child support from their father was laughable, and I eventually dropped my child-support case when my ex agreed to give me full physical and legal custody of my sons. My family was kind enough to watch my children while I worked and went to school, as we lived close by, and I have no idea how I would have made it without their support. After college, I wasn’t able to find a job in my field, so after working two minimum-wage jobs, I joined the military to expand my opportunities and to further my education. At that point, I had two sons I had to say goodbye to. Once again, I was lucky: my family supported my decision. And even though I had to work twice as hard—because failure wasn’t an option for me—I went on to have a successful career in public affairs.

One of the biggest challenges I had to overcome was the opinions of others. I already looked young for my age, and I cannot count the times I heard adults whispering (and sometimes not) things, such as, “Babies having babies.” I also had to leave the sports I loved, cheerleading and gymnastics, because with their grandchild to help take care of, my family couldn’t afford to keep me in those sports, which ended the possibility of my getting an athletics scholarship. I also initially had to give up my dream of going to art school for photography because I couldn’t afford to move away and still support my child. I felt it was OK for me to be eating Ramen noodles every night, but my child needed more nutritional food to support his growing mind and body. In addition, I needed to support my family, as there were no available jobs in my field that were worthwhile, and I needed access to affordable medical care. Those were the main reasons I joined the military.

The effect of my experience on my children

While raising my boys, I always felt it was extremely important to speak openly and honestly with them in a way they could understand. There was one year when we had just moved to Pensacola, Florida, during the holiday season, and we didn’t have a lot of money. I explained to the boys that either I could spend money on decorations and a holiday dinner or I could buy them toys and a holiday dinner, and I let them help me decide. Of course, they decided they wanted toys, and although we did make some paper decorations with what we had, we did not have a tree, train, or ornaments that year. They knew and understood at a young age that I made a ton of sacrifices to meet their everyday needs—there were some evenings when I ate what they left on their dinner plates because I couldn’t afford to buy enough food for all of us, and I didn’t want them to go to bed hungry. It was especially important to me that they always felt loved, no matter what difficult decision I had to make and that, when appropriate, they were included in the discussion in an age-appropriate manner before I made any final decisions because they were the ones who had to live with my choices.

My eldest is old enough to remember a lot of the struggle that I went through early in my career. He remembers the long period when I was away for military training, and bits and pieces from the time I was in college. Growing up, my boys spent a lot of time at their grandparents’ home, and in turn, a lot of my rules were not enforced on them, which caused a lot of chaos in our home and tension in my relationship with my parents. Despite my granting my parents guardianship and the legal authority to make decisions about the boys’ education while I was away, they didn’t transfer my eldest into a public school when he fell a grade behind in his homeschooling. At the time, my dad—the one who helped the boys with their homework while I was away—was ill and almost died; my mom didn’t want to make changes that I had already legally authorized her to make without first talking to me, but I didn’t realize what was happening at home until the summer, when I was months into my training. There were times when I’d be in my barracks room yelling at her to get it together, as it was so frustrating to be 1,200 miles from home and unable to do anything. Until that point, I had never felt so helpless or inadequate as a mother. Thankfully, when the time came for me to care for my son again, I was able to bring him up to speed so he could be on par with his peers academically.

My children, for the most part, have learned from my mistakes. My oldest has a girlfriend, whom he has been dating for almost two years, and they live several hundred miles apart. They are more focused on sports and becoming successful as teenagers than they are on partying, for which I am very thankful. My boys and I have an open relationship, so I know they have both tasted alcohol; however, they know the implications of drinking and what it can do to one’s body and one’s ability to make decisions, and I know they have never been drunk before.

Although they’re not always the perfect children, I am thankful every single day that, so far, they’ve been making better decisions in their lives than I was when I was their respective ages, and I hope they continue to do so as they get older.