One Easy and Rewarding Resolution 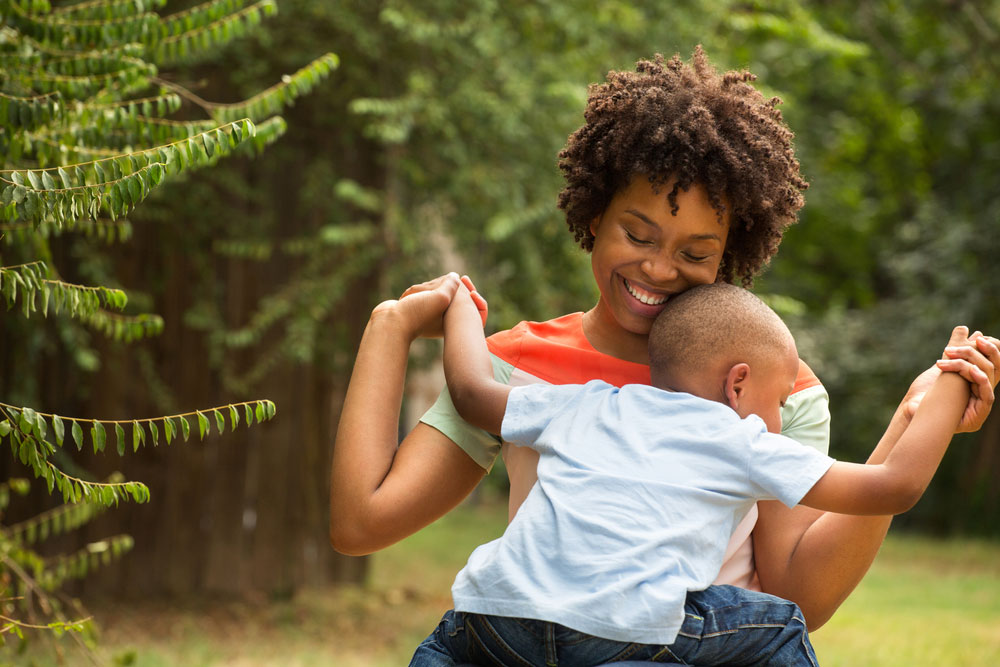 This everyday ritual can strengthen your mother-child bond

Can you believe it? It’s New Year’s already!? Just two months and eight pounds ago it was Halloween! But here we are on the first day of a brand-new year, stuffing ourselves with traditional tamales and black-eyed peas, and tweezing the last bit of the party confetti from our hair. For me, January also means changing the batteries in my smoke alarms, making an appointment for my annual mammogram, and saying “Ugh!!!” when I continue to write 2016 instead of 2017 throughout this whole livelong month. But my biggest “Ugh” moment is the disappointment I feel when I break my New Year’s resolution, often within hours of making it. (Did I mention the tamales?)

For the majority of us, resolutions are just a ticking time bomb of disappointment because we set our sights ridiculously high. Mostly they revolve around losing weight, something we’ve struggled with since gaining the freshman 15 (or, in my case, the freshman 20 because I’m a high achiever), convincing ourselves we will mysteriously have willpower simply because the calendar year has reset. As if! That’s why this year I’d like to propose making a different resolution—one that’s super-duper easy to stick to, takes only three seconds a day, and is completely free. And, best of all, if you commit to this resolution, it can dramatically improve the relationship you have with your child throughout your lifetime. What is this miracle resolution? Simple: hug your kid each and every day!

For those of you whose child is brand-spankin’ new, this task is a no-brainer! Your kid still has that new-baby smell and makes those adorable coo sounds that warm your uterus. Chances are you hug your squishy little peanut dozens of times a day already. But for those of you whose kids are more teens than tots, this task becomes infinitely more challenging. Once your child’s heavenly aroma transforms into that of week-old gym socks and melodic coos become a heart-stabbing “I hate you!” right before slamming the bedroom door, hugging your kid becomes nearly impossible.

At first your older kids will protest. As you approach them with open arms, their body will become that of rigid steel. They’ll tell you they don’t want to be hugged you crazy-ass lady, then tweet to their friends about their traumatic experience. If this is the situation, don’t force the hug. It didn’t work when you tried to get them to like vegetables, and it won’t work now. Instead, turn your daily hug into a game by seeing how hard they can squeeze you or say, “Whoever lets go first loses.” Bribes are also perfectly acceptable. M&M’s may have worked wonders for potty training, but they’re not going to cut the mustard here. You gotta up the ante with more screen time or apps for their phone—whatever you can do to get the ball rolling.

Like any other resolution, whether it be diet, exercise, or sticking to a budget, it will take time to see results. But after a few weeks, your children will accept your hug as just one more daily ritual they have to endure, such as brushing their teeth or spending time with the family. And that’s when the payoff begins because there is a whole lotta power packed into a hug. Even science backs me up. Studies show that hugging builds trust and a sense of safety. It also raises serotonin levels, which increases happiness, and oxytocin levels, which reduce feelings of isolation and anger. Crazy, huh? It’s like voodoo magic!

Who knows how far the power of a hug will take you? At the very least your kids will get more comfortable with your physical affection. Maybe they’ll even take off their headphones when you talk to them and partake in an actual conversation. Or maybe, just maybe, they’ll confide in you with a problem they’re having with a teacher or a friend. (Yes, this really is a thing and not just an urban legend!) If this happens, don’t say a word and, except for an occasional head nod, remain still. Don’t give advice unless they ask or get angry at them about anything they share. Think of your kid as a nervous deer that can scurry away at the slightest disturbance.

After time, a bit of trust, and a few dozen phone apps, you and your teen might engage in real conversations around the dinner table instead of just your usual ones, such as:

“How was school today?”

“Did you do your homework yet?”

And who knows where that can lead? Your once-aloof child might actually ask to hang out with you on the weekend or insist on a one-on-one vacation over the summer. From there it’s just a hop, skip, and jump away from him insisting on living at home after graduation instead of going off to college, or saying she can never leave her bestie and wanting to stay with you forever and ever like the Grey Gardens duo with a houseful of cats.

Hmm . . . maybe this whole hug thing isn’t such a good idea after all. Let’s go back to the whole losing-weight thing!