Having “The Talk” (Yes, That One) with Your Kids 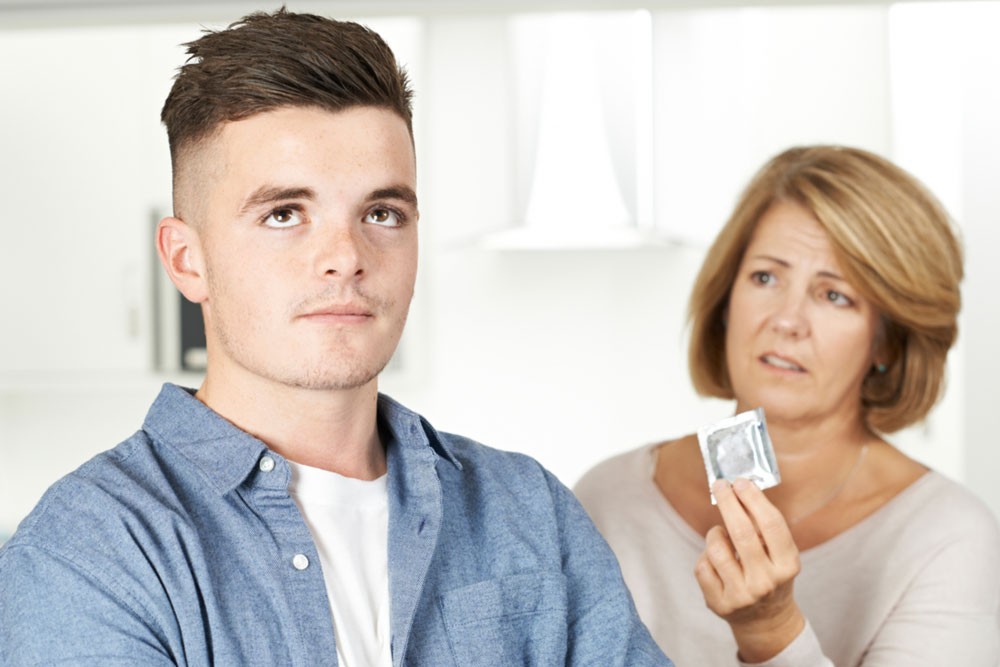 Talking to your children about sex as a Solo Mom

As Solo Moms, one of the hardest things we’ll do is talk to our children about sex, especially if we are Solo Moms to boys. We also live in a time where children seem to grow up faster than we did, so we can’t wait until they’re in high school anymore to have that talk. In fact, the younger your child is when you start talking about sex, the better—but of course, it should be age-appropriate.

When children are learning how to talk, it is important to use proper terminology for their specific body parts. Sure, we can have cute nicknames, such as “nini” or “milkies” for breastfeeding, but it is also important for your children to know what parts they have and what kind of touching is OK and not OK.

Your goal as a Solo Mom here is that if your child becomes injured or somehow otherwise hurt, he or she is able to describe what body part is hurt and why it is hurt. Also, in the nightmare situation of sexual assault or abuse, a child will be taken more seriously if the proper words are used to describe the unwanted abuse. It’s also appropriate to teach your children the differences between male and female.

When my children were between the ages of six and nine, I taught them about relationships and what relationships look like today, which is vastly different from what most relationships looked like back in the 1950s, for instance. Even if you don’t believe that homosexuality is OK because of your religious or moral beliefs, you shouldn’t tell your children that you feel it’s wrong. Instead, tell your children that in today’s world, some men love other men and some women love other women, and allow them to work through their own feelings about that in their own time. It is important to show our children that we don’t have to agree with what people do in their personal lives to be kind to them. Toward the end of this age range, it is appropriate to start talking to your children about puberty and the changes that they can expect.

It is also appropriate to talk about privacy, nudity, and being respectful of others, such as their friends and those with whom they are in a relationship. Oftentimes, Solo Moms find talking to their children about relationships especially hard because we may not be in one, or our children may have witnessed a relationship in which we were treated poorly, for example. However, as Solo Moms, we can use our shortcomings in our previous relationships to our advantage by telling our children that it is never OK to stay with someone who treats you poorly and that everyone deserves to be in a loving, healthy relationship, but sometimes we have to wait for one.

Addressing the topic to children in this age group can be tricky. It was when my boys were in this age range that I dropped the bomb on them regarding where babies really come from. We sat down and talked about sexual intercourse without going into too much detail. When they were around age 12, we revisited the topic and started talking more about the risks of having sexual intercourse and what is available to them regarding safe sex. We also talked more extensively about good relationships and bad relationships—how people are expected to behave and be treated—because is during this age range when kids start coupling up, especially in the middle school years. This is the time to start talking about how the media affects our perceptions of right and wrong, and how girls and young women in real life will never look exactly like the girls and women in magazines and on TV do because it is hair and makeup teams as well as computer programs such as Photoshop that make those girls and women look seemingly perfect. Talking about how magazines and the media falsely portray women can also be the perfect segue to a discussion on how relationships, sex, and sexuality also are falsely portrayed within popular culture.

In my opinion, children in this age group are the hardest to talk to because this is the time when they are most likely to rebel, or they may also believe that bad things won’t happen to them. However, if you have been open and honest with your children up to this point, they will be more likely to heed your advice and listen to you when it comes to making their own decisions about relationships and having sexual intercourse, as well as drinking alcohol or doing drugs. It is also vital to sit down during this time and talk to them about the consequences of having unprotected sexual intercourse, such as sexually transmitted diseases (STDs) and pregnancy. You should also mention those STDs that they can contract via oral sex, such as herpes, or via blood-to-blood contact, such as HIV (or human immunodeficiency virus).

Personally, since my family is a military family, we move around a lot, so I also focused on how, if my son did have sexual intercourse with his girlfriend and she became pregnant, he would have to leave his baby behind or stay behind himself. We also discussed the impact a baby would have on our ability to finance his personal dreams of becoming a pilot. Being able to explain to your children how unprotected sex could affect their dreams and make their lives more complicated is vital, and don’t be afraid to show them real-life examples. I was a teen mom, and although I graduated from college, I ended up selecting a major based on how it would help me provide an income for my family, not on what I actually wanted to study. Explaining to my son about how his arrival into this world put mine on hold so I could provide for him really hit home for him, especially because, like me, he has huge dreams.

Teaching our children about sex is one of the hardest things we will ever do as Solo Moms because it is hard for us to accept that yes, our children are sexual beings, and yes, that’s normal, but unlike two-parent families, Solo Moms don’t have the luxury of having backup when the conversation is rough or letting the other parent handle it. And for those of us who are Solo Moms to sons, it can be especially hard to relate to them.

But we have to remember that the way in which we approach this tough topic now will affect how our children feel about relationships and sex for the rest of their lives, so it is crucial that we do our absolute best to keep the lines of honest communication open with our children.