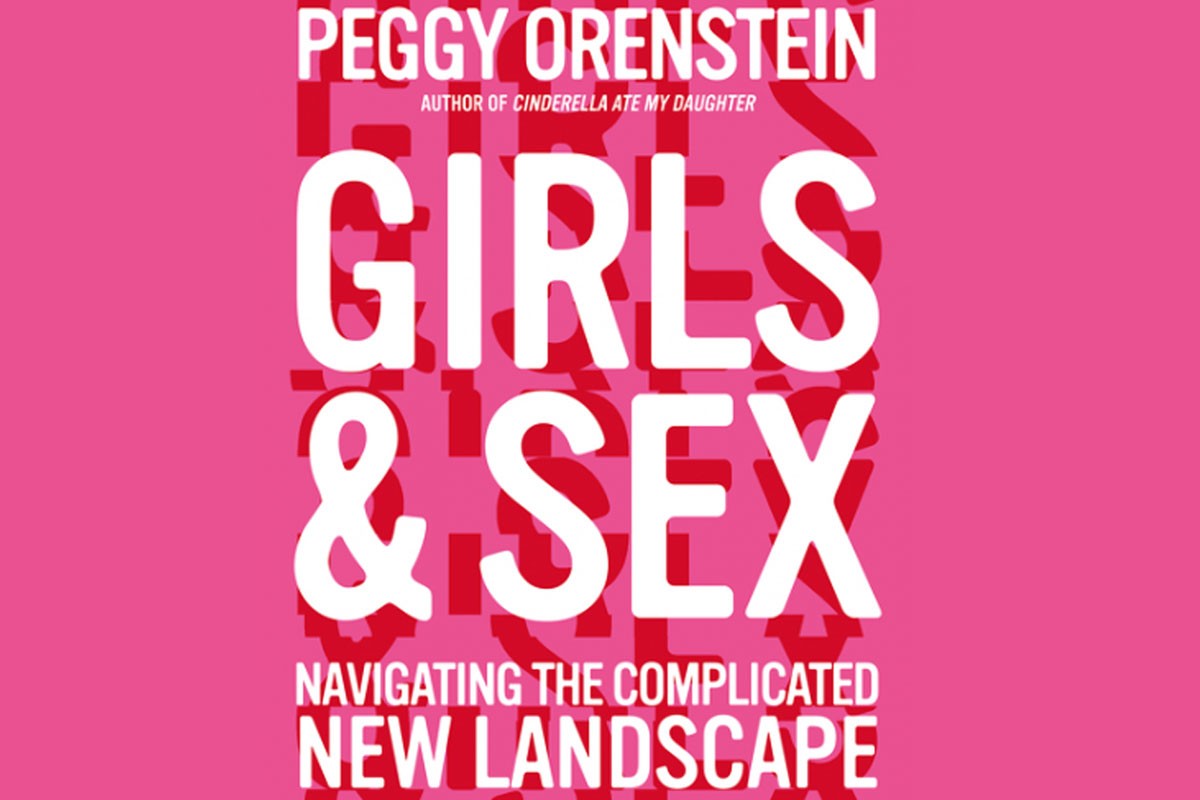 A review of Peggy Orenstein’s analysis of American girls’ sexuality

Girls & Sex: Navigating the Complicated New Landscape (HarperCollins, 2016), the provocative, insightful new book by Peggy Orenstein, isn’t for the faint of heart. Between its candy-pink covers, the book explores how girls’ sexuality is irrefutably shaped by factors such as porn, alcohol, and the objectification of women in our society. In a series of interviews with more than 70 young women aged 15 to 20 from all parts of the United States, Orenstein delves into what it means to be a girl and sexual being in America today. Young women probably already know the story she uncovers: the “hookup” culture prevalent not only on college campuses but also in high school communities; the way alcohol facilitates that culture; and how abstinence-only education has affected the way kids, particularly girls, understand their bodies and their expectations about sex. They are living it. But for everyone else, this book may be nothing short of eye-opening.

At the book’s heart is the message that although we live in a culture where girls have increasingly come to expect egalitarian treatment at home and in the classroom and workplace, perceptions of sex lag far behind. As Orenstein says early on, “When so much has changed for girls in the public realm, why hasn’t more—much more—changed in the private one?” And why is it that in an era when girls are encouraged by pop and celebrity culture to own their sexuality, they seem to lose any strength or independence once their clothes come off in the bedroom? For many women, the “hot” look has become a sort of armor. In one chapter, Orenstein talks to “Megan” (Orenstein changed names in the book to protect privacy), a college sophomore who, after donning four-inch heels, a skirt, and sparkly makeup, told Orenstein that “[i]t makes me feel less self-conscious to wear the outfit and the heels. I feel kind of like I’m swaggering, like, ‘Yes, I am the baddest bitch in this room.’” But it’s a fragile armor. When Megan found herself in a sexual encounter that went well past her comfort zone, her confidence deserted her. Not knowing what to do, she acquiesced. After gutting it out and staying the night, Megan even thanked the boy when he dropped her off at her dorm the next morning. She still isn’t sure why she did that.

Orenstein digs deep to find out why even “the baddest bitch in the room” can find herself in uncomfortable, even dangerous, situations. Alcohol doesn’t help. As Orenstein points out, “Hookups aren’t just lubricated by drinking; they are dependent on it.” But when both parties are drinking, and neither has the clarity of mind either to practice assertiveness/self-advocacy on the one hand or restraint/respect on the other, things can quickly escalate. Orenstein notes (citing clinical psychologist Lorelei Simpson Rowe) that a considerable percentage of sexual violence and coercion takes place in situations that are not obviously dangerous—at least at first.

The mother of a preteen daughter herself, Orenstein faces these questions head-on. She’s no prude: in the matter of the hookup, an interaction that seems to live on a sliding scale encompassing everything from making out to intercourse, she says, “The question to me, then, became less about whether hookups were ‘good’ or ‘bad’ for girls than about how to ensure reciprocity, respect, and agency regardless of the context of a sexual encounter.” Orenstein is less concerned about the prevalence of sex than she is that it has meaning: for girls as well as for boys.

She points to the Dutch as an example Americans might follow going forward. In the late 1960s, the Dutch were going through the same sexual revolution we experienced here in America. But while American parents and policymakers latched on to abstinence as the “cure” to what they saw as a health crisis for teens, the Dutch decided to embrace sex as a natural and pleasurable act, albeit one that demands proper guidance. What has happened in the ensuing decades is instructive: here in the United States, abstinence-only education has deprived teens of an understanding of what sex is—and can be. Dutch teachers and parents, meanwhile, have dedicated themselves to discussing the positive aspects of not only sex but also relationships, with an emphasis on respect for self and others in intimate relationships. According to Orenstein, by 2005, four out of five Dutch kids said that their first sexual experiences were within their control and fun. But here in the United States, denying that sex can and will take place has resulted in kids who don’t completely understand not only their own or their partner’s bodies—but also how to keep one another safe, either physically or emotionally.

Orenstein’s news isn’t always pretty. But perhaps Girls & Sex should be required reading for parents of girls and boys. What we hope for our kids when it comes to sex isn’t radical: that whenever they do begin to explore their sexuality, the experience can be a source of self-knowledge, creativity, and mutual communication. We hope that our girls will be comfortable in their bodies, know what they want from their sexual partners, and know how to ask for it. And we want our kids to be safe: not only from disease but also from cruelty and violence.

If, as philosopher Allan Bloom once said, “Education is the movement from darkness to light,” then when it comes to changing our stunted sexual revolution here in America, Peggy Orenstein’s Girls & Sex might be a good place to start.