Getting Kids to Clean at Any Age 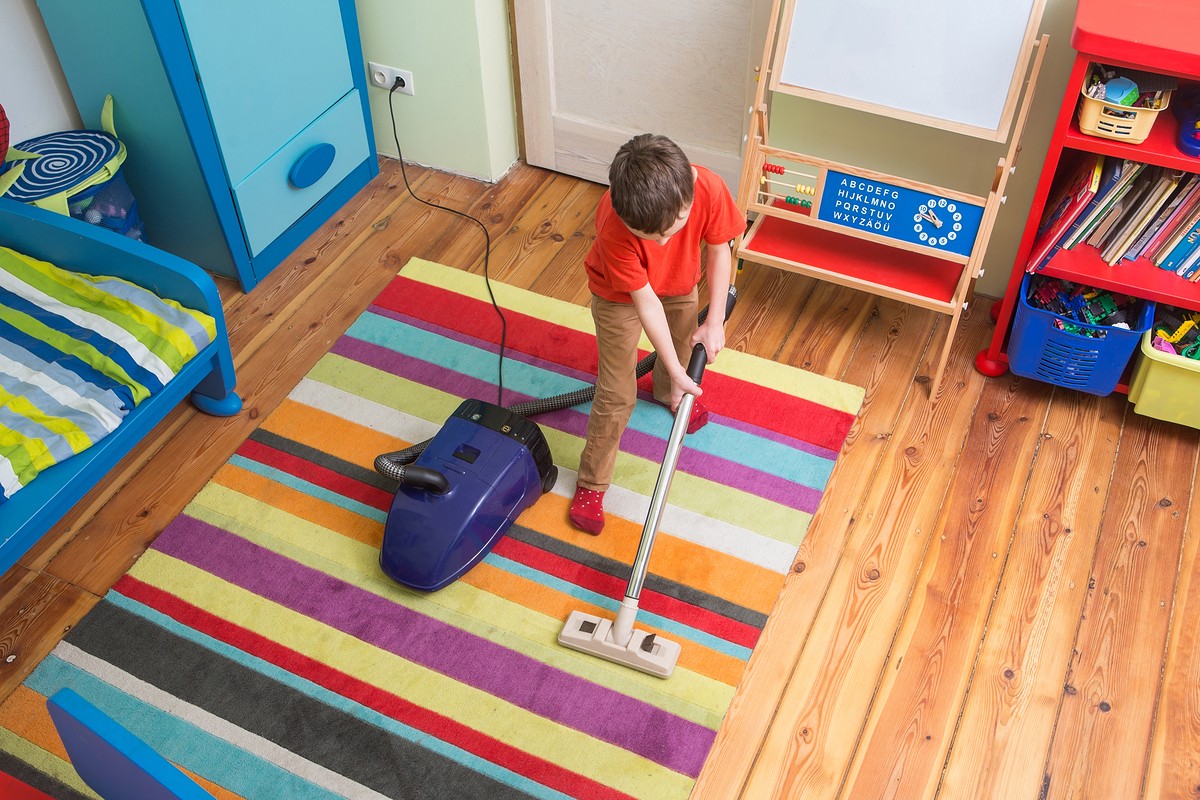 Start when they are young—and be consistent!

When it comes to cleaning up, we all wish we could channel our inner Mary Poppins and tidy up a room with a simple snap of our fingers. But alas, cleanup is never as easy as it appears in 1960s Disney films. Worse yet, teaching our kids to pick up after themselves is the hardest chore of them all. Our little ones scream and protest and, after our threats and bribes, they reluctantly give in, often making more of a mess in the process. Sure, we could do it for them in a fraction of the time with twice the efficiency, but that’s short-term thinking. Our kids are going to be messy from toddlers to teens, and if you don’t make cleanup as normal a part of their daily routine as brushing their teeth, their protests will only get more defiant as their lung capacity—and their R-rated vocabulary—increases.

How to get toddlers/preschoolers to clean

If your kids are still young and sweet-smelling, this task is far more doable. First, be sure to clean up after an activity before starting another so the mess doesn’t become overwhelming. Also, never let your child walk away from a mess saying she can clean it up later. This will come back to bite you in the butt down the road.

Next, turn cleanup time into fun time by making it a game. Play a song, and challenge your kid to clean up the floor before the song ends. Or up the ante by timing your child and seeing if she can beat her time the next day. Make it into a competition if you both have a chore to do. This is ideal for making your beds or clearing the table.

And finally, make up a cute name for each task. In our house, it was “cleanup basketball,” in which toys were tossed in their proper bins.

How to get school-aged children to clean

As your child grows older, you need to adjust your strategy. Still bitter after learning the truth about Santa and the Easter Bunny, your kid isn’t so easily conned. He knows cleanup is something to be avoided, in the same way homework and talking about sex with a parent are.

At this stage, the goal isn’t to make it fun but to prevent it from becoming a battle. No one wins when cleaning up becomes a constant screaming match and power play. The trick now is for your children to be clear on the rules and for you to be consistent.

At the end of the day, whatever your child doesn’t put away gets taken away. Pick a time each day that you expect your kid to put away his scattered clothes, books, and gear that he’s tossed throughout the house. Anything left gets taken away.

At first, it can be for just an hour. Soon, it’s overnight. Then for a day, then two. If there’s an item that your child really wants or needs, such as a cell phone or homework, he can earn it back by doing a chore.

You’ll be amazed how well this strategy works as long as you’re consistent! If you have one of those kids who doesn’t care if his things are taken away, go for the jugular. Adjust the rules so that if everything isn’t picked up, he loses his all-important cell phone. The trick is don’t take it away! That will only lead to a screaming battle, which is what you want to avoid. Simply call your cell phone provider and have the service to your child’s phone line suspended—far more quiet and efficient.

How to get teenagers to clean

If you’re the parent of a teenager, you’re basically screwed. For some evolutionary reason, teenagers love to live in their own filth. The more layers of dirty clothes and crumpled papers, the happier the teen.

It’s like watching a hamster burrow itself in piles of sawdust. At first I tried to fight this instinct. I’d yell and scream and punish, but then I threw in the towel. Mother Earth is a strong force to be reckoned with, and I finally surrendered.

Even if your preteen has the cleanest room on the block, be prepared for her adorable Pottery Barn motif to transform into a postwar retreat. The good news is that, as soon as your teen’s crush wants to hang out with her, she’ll clean up her room like an orderly cleans a surgical room, and this stage will finally be over! Until then, there are some rules to put in place:

Rule #2: You won’t help your child find anything in that mess of a room. If she chooses to live in an unorganized world, it’s not your fault she can’t find her earrings.

Rule #3. The filth must be contained to the room. He still has to pick up his stuff from the common rooms. His new “anti-designer look” can’t become a flesh-eating bacteria that takes over the house.

As you can see, the rules of cleaning up evolve as your children get older, so start when they’re young—and be consistent! If you do, your children will grow into responsible adults who clean up after themselves on a regular basis, making them ideal living mates and therefore happier human beings. Who knew a lively round of cleanup basketball could have that much power?