Finding Support in Your Community 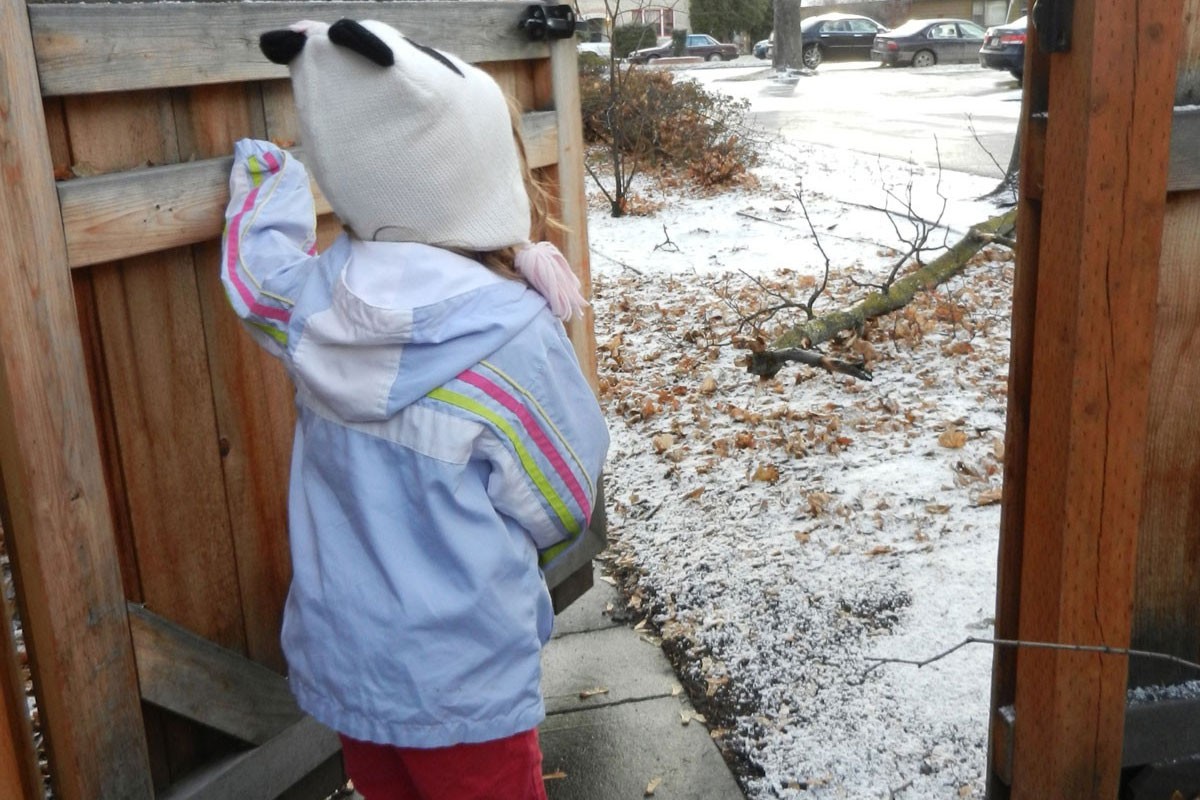 The more doors I opened, the more open I became

When my daughter Mia was four-and-a-half years old, I made a hard decision to move two states away from everything she and I knew. We left an area in northwest Washington, where my family goes back seven generations, to live in Missoula, Montana, a place I’d been planning to relocate to when I found out I was pregnant.

Moving 500 miles away not only meant new surroundings—in the middle of winter, no less—but other changes, too. I was switching from going to school full time and working part time to just taking six credits for a year while waiting to gain residency at the college. I’d also have Mia with me all the time, when before she’d gone to her dad’s every other weekend. Mia and I would go from seeing each other maybe three hours a day and getting a three-day break twice a month to never leaving each other’s sight.

I didn’t plan on things going so horribly, of course; that is, I never imagined the possibility of them going so wrong.

Mia’s dad dropped out of her life for months. Until that point, I’d facilitated all aspects of their relationship. When we moved, I left it up to him, and he stopped calling. I’d also had a difficult time making friends in the last few years and didn’t have anyone to turn to when Mia started acting out. She refused to do anything I asked, ran from me in grocery stores, ran into traffic, and made going out in public such a nightmare that I had an anxiety attack one day when I realized I needed to run to the store for tampons.

Our saving grace came in the form of a gymnastics-based preschool that let me barter my tuition by cleaning the gym. They had teachers there who were in tune with emotional development, and the gymnastic instruction gave Mia control over her body. I watched Mia transform from a shy kid who hid behind my leg to one who started conversations with grocery-store clerks.

From that small starting point, a community grew. One person grew to three, and Mia had playdates and I had people to talk to. By the end of the summer, I had a list of people to call if I needed help. I attribute a lot of this to the people who live in Missoula, which is why I worked so hard to get us here. The town is full of tattooed single moms and dads like me, and it’s nearly impossible to find someone not willing to give directions or chitchat about the weather. People are incredibly approachable, which was something I’d missed deeply in the Seattle area.

But I had to approach people. I had to let go of hard feelings and insecurities I had about myself. I reached out when I needed help. I joined online mom groups and actively participated. We hung out at parks and went to outdoor events. We walked around downtown and sat at sidewalk tables. I brought us to family-friendly events. And soon people recognized us, and I found myself talking to other parents. They’d often say, “You know what? My friend’s a single mom, and she’s always looking for someone to trade child care with. I bet you two would get along.” For a while, I always said yes when people asked me to social occasions, which, let me tell you, was not easy. None of this was easy. It was bracing myself for being vulnerable and admitting that I needed support because my kid was more than I could handle on my own. I had to stop thinking, “Oh, I’ll just do it myself” by default and opened up to those smiling faces and trusted their sincerity.

Creating a community around us wasn’t about signing up for the PTA (although things like that are always wonderful, too); it was about opening my mouth and letting my story come out. It was finding those other Solo Moms and holding on to those budding friendships like magic seeds. We’ve been in Missoula for almost four years, and my Solo-Mom friends are still my closest. They get it, and they know what you mean when you say, “I need a break. Can you take her somewhere today? Anywhere. Please?” They also know resources and people who can help you with them.

Most of all, though, here’s what I learned: Try to laugh and have fun. Get involved with things that inspire you and you are passionate about. Be open to people joining your little unit. Be honest. Be sincere. And don’t forget to smile and put out a hand to shake. You’ll never meet someone unless you introduce yourself and ask for the person’s name.